Daniela Campos' effort was compromised by a fall 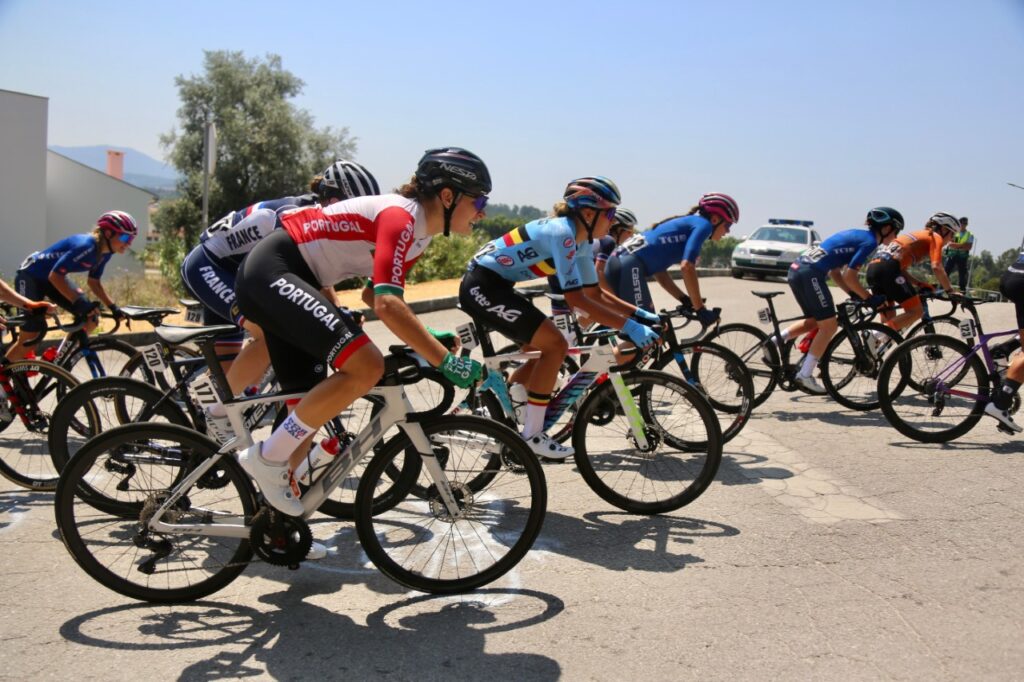 The Algarve cyclist Daniela Campos finished the European Road Championship long-distance race, in the under-23 category, in 40th place, after having suffered a fall.

The competition was played this Sunday, July 10, in Anadia.

On the first pass through Monte Crasto, the four Portuguese runners were still part of the peloton, which was compact. However, Beatriz Roxo and Sofia Gomes would end up losing contact shortly afterwards.

“On the second pass by the finish line, the peloton was already divided into two groups, with about 20 seconds of difference. In the first group followed Daniela Campos and in the second Beatriz Pereira. Beatriz Roxo and Sofia Gomes followed in a small group already further back», emphasizes the Portuguese Cycling Federation in a press release.

After some changes during the competition, at the entrance to the fourth and final passage in the finish Daniela Campos, who followed in the front group, suffered a fall, along with four other runners. With this, the Portuguese runner lost contact with the group she was following, finishing the race in 40th position, 8m25 seconds from the winner.

Beatriz Pereira would arrive in a small group further back, in 55th position, at 9m06s. Beatriz Roxo and Sofia Gomes did not finish the race.

«At the start of the last lap, five athletes fell and Daniela was one of them. She didn't suffer any serious injuries, but she broke the part of her shoe that fits into the pedal. Given this situation, she had to do a real time trial to try to catch the peloton, after having lost three minutes in the fall, but with only one leg. The work she developed was spectacular and today we know that she was capable of competing in the race”, explained national coach José Luís Algarra.

The winner of the event was the Dutch Shirin Van Androoij, who had also won the time trial. Italian Vittoria Guazzini was second at 11 seconds, the same time as third-placed Fem Van Empel (Netherlands).