80% of the fire is «under control», but the wind will get stronger

«We will have winds close to 30 kilometers per hour and low humidity», said Richard Marques 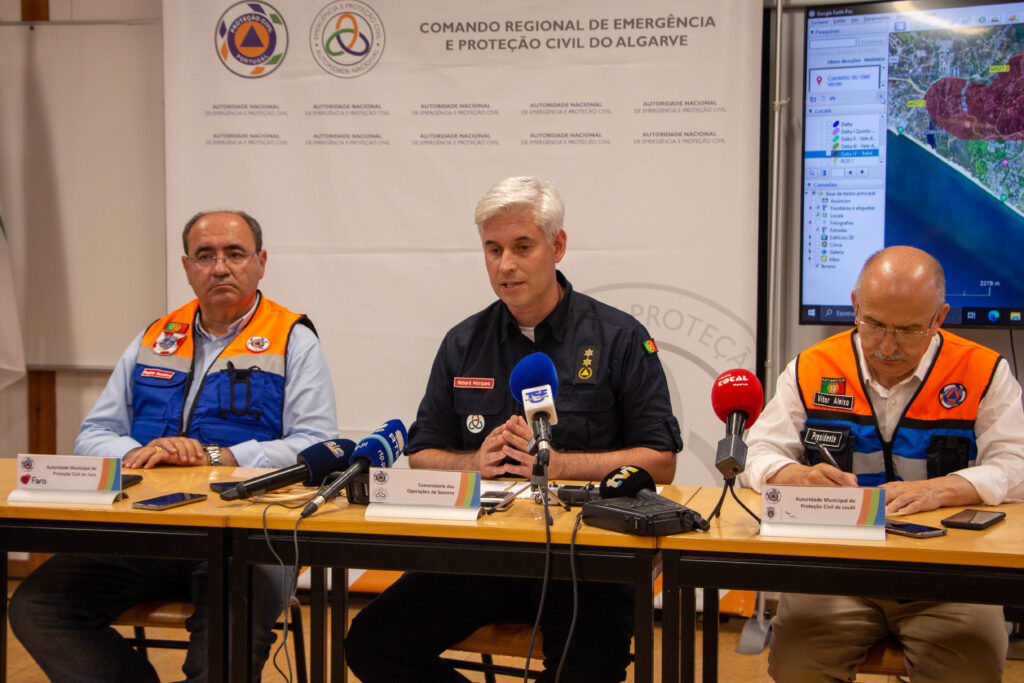 80% of the fire perimeter of Gambelas/Quinta do Lago and Trafal is under control, announced Richard Marques, commander of relief operations, in a situation report carried out a few moments ago. Even so, a “worsening” of the wind is expected, which foresees a “severe weather scenario” for the next few hours.

Speaking to journalists, Richard Marques said that there is still «20% of the perimeter», which already takes 27 kilometers, to «inspire concern».

This is the Laranjal area, in Quinta do Lago, and Valverde, «which needs an incisive intervention that is deserving all the attention».

According to Richard Marques, a “worsening of conditions” is expected in the coming hours.

“We will have winds close to 30 kilometers per hour and low humidity. It will be the same conditions that we have had in the past – a very severe weather scenario”, he explained.

In the coming hours, a “worsening of the wind” is even foreseen, which is a “challenge”.

«We know, and that is why the device will remain on the ground, that we will have reactivations, but with the means, we can quickly quell them and that is where we focus our effort».

This is also why the Portuguese Institute of the Sea and Atmosphere (IPMA) decided to increase the warning from orange to red in the Algarve. In fact, at the moment the entire territory of mainland Portugal is under red warning.

Even so, Richard Marques assured that the Civil Protection has “all the necessary means and resources in these two hot spots to put out the fire”.

Regarding the causes of the fire, which broke out last night, the 12th, in Gambelas (Faro), but if spread to the municipality of Loulé, the relief operations commander said that the GNR is “taking the necessary steps”.

“The causes of the fire are not what concerns us at the moment: what concerns us is to solve this problem and restore the situation to normality. But it is still a responsibility of the GNR, which is on the ground, and is taking the necessary steps so that it can investigate the causes and, in due course, will make a note of what the situation itself is”, he said.

This was, in the words of Richard Marques, a fire characterized by «many projections», with «strong wind and gusts».

Asked if the Monchique fire, which broke out in the early afternoon, but turned out to be mastered about an hour later, complicated the theater of operations in Quinta do Lago, the commander assured that «there was no relocation of air assets».

In fighting this fire in Gambelas, Quinta do Lago and Trafal, 392 are now operational, supported by 142 vehicles.