The decision is «a fair tribute paid to our country, to the Portuguese heroes and to the great achievement that was the first air crossing over the South Atlantic» 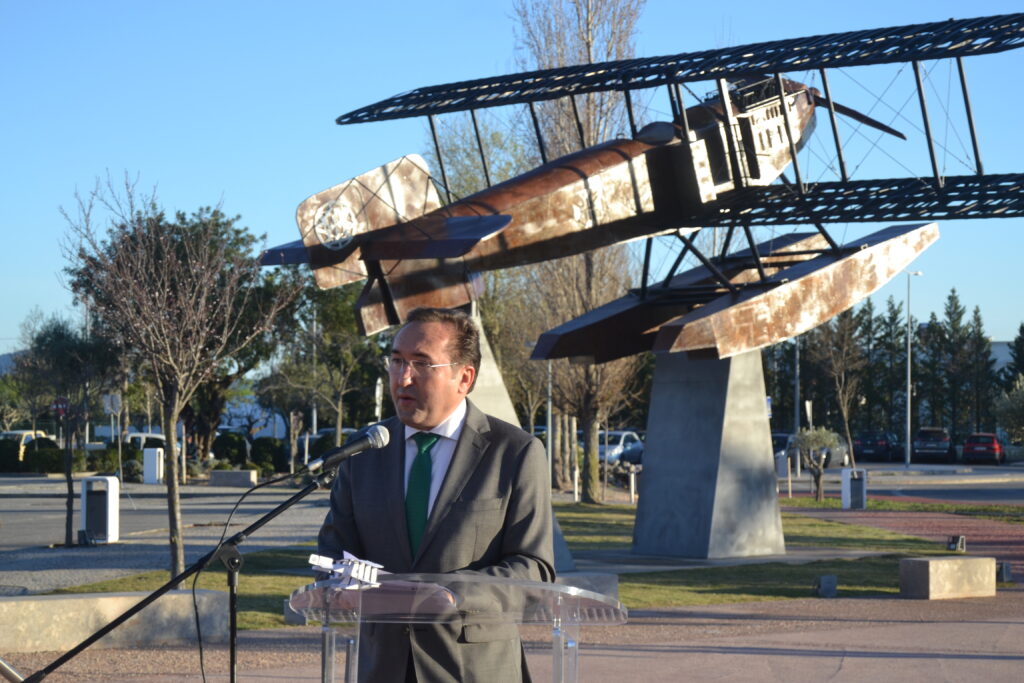 The Chamber of São Brás de Alportel praised the Government's decision to name Gago Coutinho the International Airport of Faro, announced after the Council of Ministers yesterday, Wednesday.

For Vítor Guerreiro, mayor, the choice of the name of the aviator, who had family relations in this Algarve municipality, «is a fair tribute paid to our country, to the Portuguese heroes and to the great achievement that was the first aerial crossing over the South Atlantic , which clearly reveals the spirit and determination of the Portuguese».

«This way, a historic debt was settled, which has now received a fair payment, precisely in the year of the commemorations of the centenary of the 1st Crossing of the South Atlantic, the most memorable feat of this true hero», he illustrates.

«This baptism comes at a good time, praising a very important personage of our History and our Science». The navigator, geographer and inventor of navigation devices that marked the history of world aviation, such as the sextant, guarantees, with the attribution of his name, the dignification of an infrastructure of an international nature, fundamental to the Algarve region and the country. , in the guarantor of international tourist, commercial and humanitarian relations», he concluded.

The municipality stresses that this is a design that the Chamber has supported for a long time and that in 2019 it approved a first proposal in this regard, made by Tomás Nunes, a municipality from São Paulo.

«Subsequently, a long way has been traveled in the defense of this just tribute. In 2019, a proposal was approved, also unanimously, in the Municipal Assembly. From the outset, the Municipality defended this fair tribute to a unique personality, with Algarve roots, whom science and aviation defend a lot», added the São Brás de Alportel City Council.

This year, the proposal gained new impetus, which had its maximum expression in the “Citizens at Gago Coutinho Airport” Movement», led by Almirante Martins Guerreiro from São Paulo and which has former members of the Constituent Assembly, such as Carlos Brito, Afonso Dias and Luís Filipe Madeira, among many other citizens».

«It was at the launch ceremony of the program to commemorate the Centenary of the First Air Crossing of the South Atlantic in São Brás de Alportel, on February 17th of this year, that Admiral Martins Guerreiro once again launched this challenge publicly, with the unequivocal support of the Assembly Municipality and the Municipality of São Brás de Alportel, and later, in good time, of the other Algarve municipalities», recalls the municipality.

"Assign to the airport of Faro the name “Almirante Gago Coutinho Airport” would be a way of projecting ourselves in the world, remembering the ingenuity and creative capacity of the Portuguese people and their contribution to the development of humanity», said Martins Guerreiro at the time.

São Brás de Alportel, recalls the Chamber, “has a multidisciplinary and intergenerational program underway to commemorate the Centenary of the First Air Crossing of the South Atlantic, which has been telling musical, artistic, literary, children's and youth moments, among others”.

«Recognizing and honoring Gago Coutinho, the municipality has the artistic replica of the seaplane “Santa Cruz”, by Carlos de Oliveira Correia, installed on March 30, 2017, a date that marked the 95th anniversary of the Travessia and is located next to Rua Dr. Alberto de Sousa, in the outdoor spaces of the Municipal Swimming Pools Covered building», he concludes.