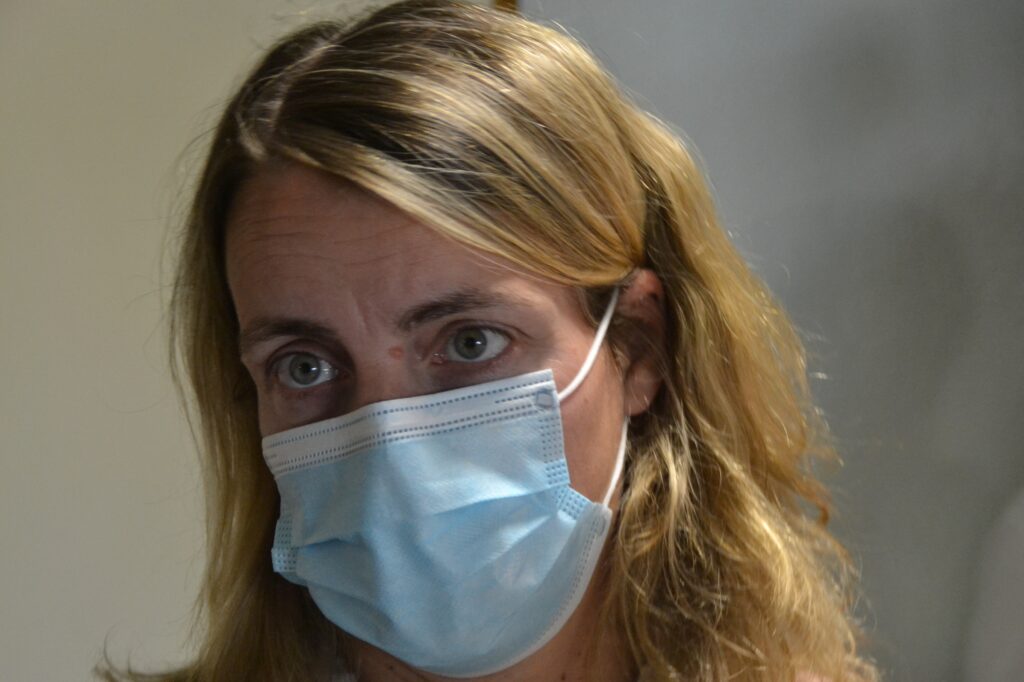 It's another chapter in this story. Ana Varges Gomes, chairman of the Board of Directors of the Centro Hospitalar Universitário do Algarve, said this Thursday, June 9, to be «lie that there is a new lawsuit» against Nuno Marques, thus denying the president of the Algarve Biomedical Center (ABC).

Questioned by Sul Informação, on the sidelines of a visit by Lacerda Sales, Assistant Secretary of State and Health, to the Hospital de Faro, the CHUA leader assured that this Hospital Center did not return Nuno Marques to court for alleged defamation, in in case of faulty fans.

Ana Varges Gomes' statements clash with what is said by the president of the Algarve Biomedical Center, an entity that results from a consortium between CHUA and the University of the Algarve.

According to Nuno Marques, after a first lawsuit, which was shelved, the Board of Directors of the Centro Hospitalar Universitário do Algarve returned to file a new lawsuit.

The president of ABC, in a written reaction sent to our newspaper, even speaks of a «persecution» that he has «been targeted by the members of the Board of Directors of CHUA».

Even so, for Ana Varges Gomes, «there is no controversy with ABC».

«We highly value institutional relations, both with ABC and with the University of Algarve, and we have no question here», he considered.

The head of CHUA even recalled that the representatives of the Centro Hospitalar Universitário do Algarve at the Algarve Biomedical Center supported “the president of ABC to continue in the direction”.

O Sul Informação António Lacerda Sales, Assistant Secretary of State and Health, also questioned about this situation, but the official said that the Government “does not interfere in institutional or personal relations”.

It is certain that this controversy has deserved reactions, namely from the direction of the Faculty of Medicine and Biomedical Sciences of the University of Algarve, which has already sided with the ABC, and from Vítor Aleixo, Mayor of Loulé, one of the municipalities that has most supported the Algarve Biomedical Center.