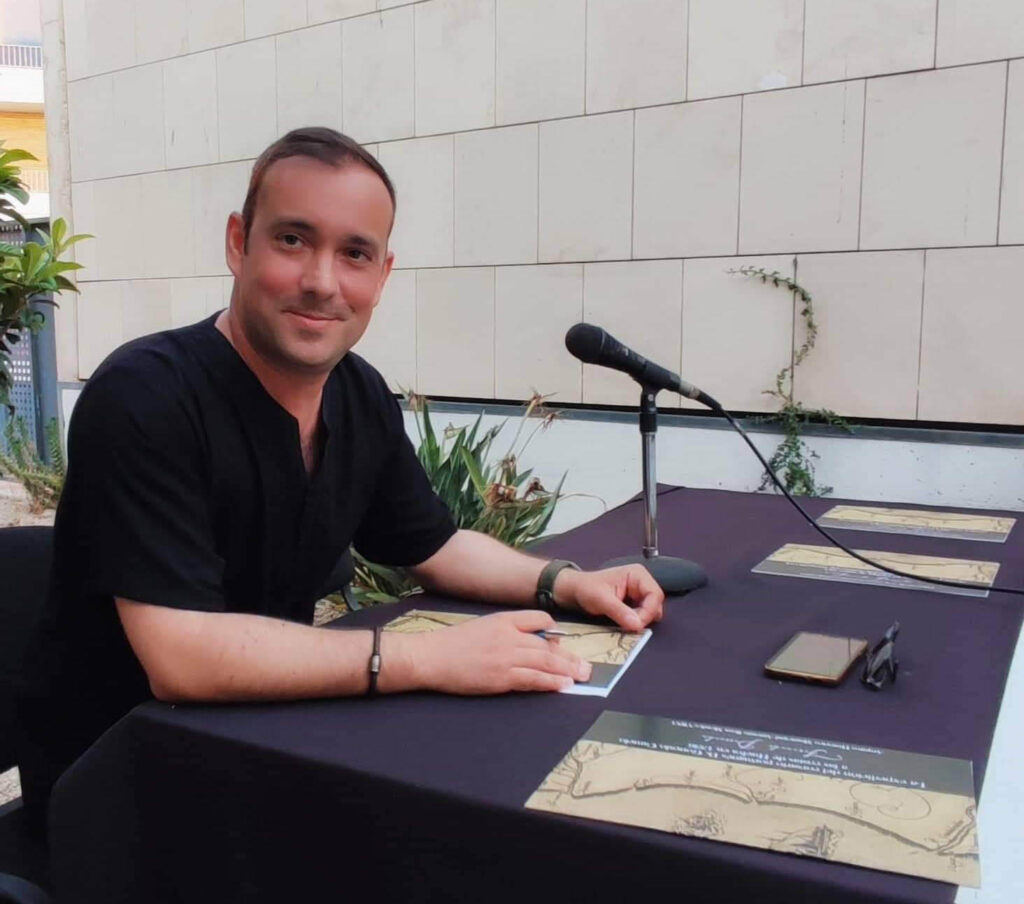 The launch of The expedition of the corsair Portuguese D. Gonçalo Camelo to the coasts of Huelva, in 1336, by the Algarve historian Fernando Pessanha, was launched on June 9, the Patio de las Letras, in Punta Umbría, Spain.

This investigation, originally published in the last volume of the journal Huelva en su Historia, from the University of Huelva, has now been released as a separate issue by Editora Guadiana de Vila Real de Santo António, with cover and translation by Adela M. Sevilla, from Editamarketing – Service of Communication and Editorial Design.

Roughly speaking, this study has now shed light on a corsair expedition silenced by the Spanish chronicles: the naval expedition commanded by D. Gonçalo Camelo against the coasts of Huelva, namely, against Lepe and Gibraleón, in the context of the Luso-Castilian War of 1336- 1339.

The session, opened by Uberto Stabile, from the Municipality of Punta Umbría, was led by Antonio Sánchez González, professor at the University of Huelva, and by Fernando Pessanha himself, who thanked everyone for attending this inauguration of the Literary Veladas, which will take place in Patio de las Letras in Punta Umbría until September 20th.

The original version of this study, in Portuguese, will be released in 2022 in the next issue of e-Strategica – Journal of the Iberian Association of Military History (XNUMXth – XNUMXth centuries).