This Saturday's race, played over 87,6 kilometers, was always covered in a compact squad. 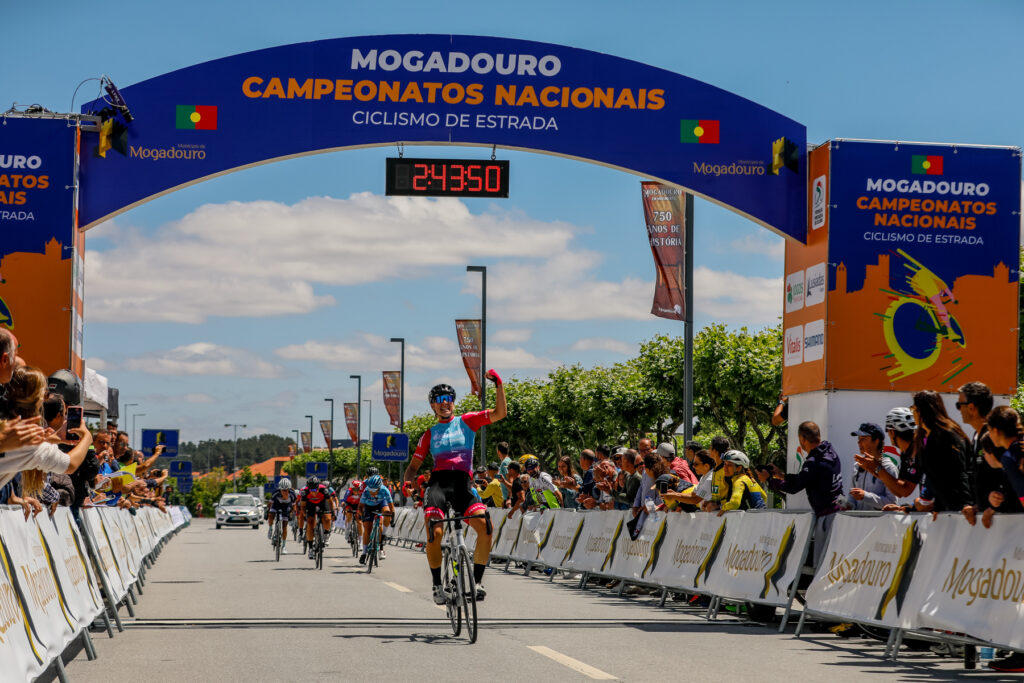 The Algarve Daniela Campos (Bizkaia-Durango) won this Saturday, June 25, in Mogadouro, the title of national champion in the elite category, one day after becoming national time trial champion.

The emotion was all saved for the sprint for the title. Daniela Campos showed great superiority and triumphed with a few meters and 1 second advantage over Sofia Gomes (Massi Tactic) and Daniela Pereira (Kiwi Atlantico Louriña), who completed the elite podium.

“It's great to get these two titles. I'm very happy and, after so many mishaps I've had since the beginning of the season until now and all the work I've been developing, I feel I really deserve this title, as it's a reward for all my effort. It was a demanding course, the athletes were also strong and I had to be patient and calm to play cold. In the final part I knew I had to be well positioned to be able to sprint to victory», said Daniela Campos.

The juniors completed four laps of the Mogadouro circuit, totaling 65,3 kilometers. The race was decided to sprint, with Marta Carvalho (Extremosul / Hotel Alísios / Cenmais) starting from the front and surpassing the competition, after 2h01m49s. With the same time arrived Mariana Líbano (Velo Performance/JS Campinense), in second place, and Íris Chagas (Cantanhede Cycling/Vesam), in third place.

After two laps and 43 kilometers of race, the cadets discussed the sprint title. The fastest was Beatriz Guerra (Velo Performance/JS Campinense), who beat two runners from the Extremosul/Hotel Alísios/Cenmais team over the line, Daniela Simão and Raquel Dias, second and third, respectively.

At 14:30 the under-23 competition begins. 132,2 kilometers will be covered, six laps of the Mogadouro circuit.