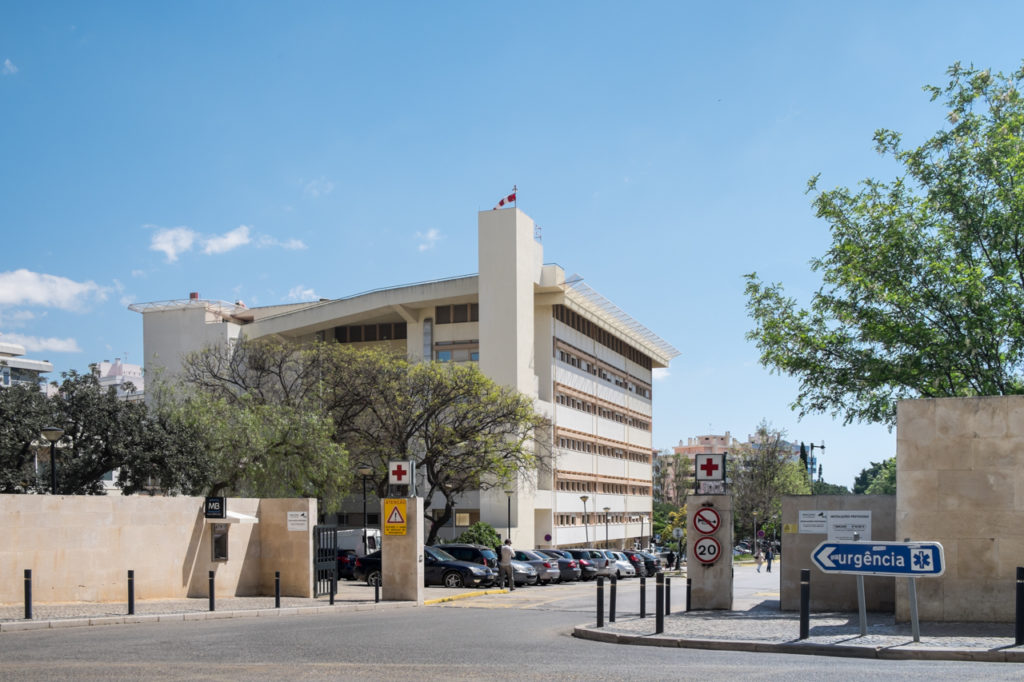 After the Public Ministry (MP) considered the «no crime» in the statements of Nuno Marques, president of the Algarve Biomedical Center (ABC), thus dropping the criminal case, the Board of Directors of the Centro Hospitalar Universitário do Algarve (CHUA) ) sued the ABC leader again, this time through a «private accusation».

Nuno Marques, according to the documentation to which the Sul Informação had access, he was notified on 1 June that he is being accused following a private indictment brought by CHUA.

These documents – the official notification of the Department of Investigation and Criminal Action – prove that the statements that the chairman of the Board of Directors provided the Sul Informação this thursday, when directly questioned on the subject.

Ana Varges Gomes guaranteed that the existence of a new lawsuit was a “lie” and that there had only been a first lawsuit in the courts.

In the documents to which our newspaper had access, the Public Prosecutor's Office explains that, after having taken a «position in the sense of the absence of crime, since the facts narrated have no criminal relevance», it communicated to the Centro Hospitalar Universitário do Algarve, so that, if it wanted to , «provide private prosecution for the facts that he imputed» to Nuno Marques, susceptible «of, in the abstract», representing the «practice of a crime of offense to a legal person, body or service».

The Public Ministry's position follows: this body says that, «soon then», it took a position in the sense of «no crime», since the «reported facts have no criminal relevance».

This would 'always' dictate the 'filing of the case' if it were a 'crime of a public or semi-public nature'.

Even so, says the MP, the CHUA decided to deduct a “private accusation” for the facts, an accusation that the Public Ministry “will not follow up”.

This body also argues that it will not “prosecute for other facts that do not substantially alter the accused facts”.

In other words, he will only accuse Nuno Marques if there is something “new” in this process.

In question, in all this imbroglio in which CHUA and ABC have been involved, is the acquisition of 30 fans, purchased by ABC in China, with money from AMAL – Comunidade Intermunicipal do Algarve, but which did not work when they arrived in Portugal.

In the dozen paragraphs in which it explains the reason for bringing this particular accusation, CHUA gives its side of the story.

According to Centro Hospitalar, the acquisition of this material “was the entire responsibility” of ABC, of ​​which “the defendant [Nuno Marques]” is president.

After the "very serious technical anomalies" were detected, CHUA says that the result of the testing of the equipment "and its non-compliance with European standards was sent" to ABC.

It was also the Algarve Biomedical Center that «contacted the supplier company, as well as the Portuguese ambassador in Beijing so that they could go to the manufacturer» to resolve the malfunctions.

CHUA also argues that it was Nuno Marques who «chose and appointed» the person who made the contacts with the manufacturer's representative who traveled to Portugal and who recognized that the equipment «could not be arranged in good time and that it would be normal for his devolution".

Therefore, he argues, the return would have to be «articulated» between ABC and the company that made the sale, since «there was never an act of delivery and reception of materials from that entity to CHUA».

So far, history already has a lot of controversy in the mix, but it was the statements that Nuno Marques made in January 2021, to Agência Lusa, that triggered the first criminal complaint.

The president of ABC then defended that the reimbursement of the 1,3 million euros [paid to the Chinese supplier] should be requested by CHUA because he was the “legitimate owner of the equipment”.

Nuno Marques assured that the invoice, despite being issued in the name of ABC, was in the possession of CHUA since the donation.

“As soon as any equipment is donated, the other becomes the owner. We are not the owner, we do not have any legal standing to interfere in the process », he defended.

For CHUA, these public statements created the «idea of ​​the Hospital Center's lack of capacity» to «make the right decisions, in business aimed at the acquisition of medical materials».

“As equipment acquired with public money was at stake” and that “an acute phase of the pandemic was going on”, Nuno Marques’ words led to “the community’s trust in CHUA, as well as its prestige”, being called into question.

The Centro Hospitalar Universitário do Algarve even accuses Nuno Marques of knowing that “his conduct was prohibited and punishable by law”.

In this process, CHUA also demands the payment of civil compensation of 500 euros, which will revert to “one of the volunteers who carry out their activity with users”.

Who wants to look at the stars at Paderne Castle?