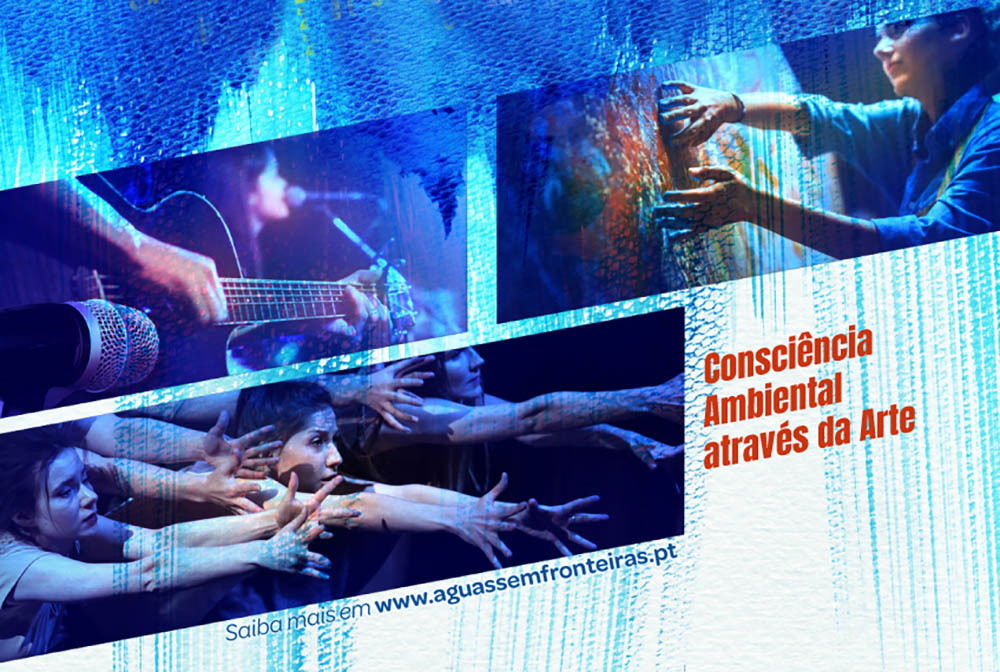 The innovative project “Aguarte * Torna-te Água”, a social project of environmental education for a conscious relationship with Water that unites the company Águas do Algarve to the Red Cross Delegation of Faro/Loulé will be presented on the 9th of June, in Faro.

The signing of the protocol between the two promoting entities will take place at the Portuguese Red Cross delegation, Colégio de Santiago Maior Building, which also houses the Lethes Theater, in Faro, at 10:30 am on the 9th.

As part of the Águas do Algarve Environmental Education Project called “Águas Sem Fronteiras”, the new project will boost water awareness among various audiences: Young people, Adults, Seniors and the community in general.

«This project envisages the use of various forms of artistic expression as a means of transmitting the message of preserving water and its intrinsic value to human life, not only in the biological sense, but also as a historical archetype of social and economic development. In it, water, in addition to being an essential raw material for human life, appears as an archetypal element linked to emotions, connecting to everything that makes us human, sensations, emotions and their artistic expression», explains Teresa Fernandes, door -voice of Águas do Algarve and responsible for its Environmental Education project.

Teresa Fernandes underlines that «the value of water, as a resource, is not adequately perceived by civil society in general. This circumstance is clearly reflected in the way in which water continues to be wasted or, also, in the constant criticism of the “price” of water. In fact, and despite water being the only thing we cannot live without, of the various services we use in our homes, and everywhere, it is usually the one that citizens “haggle” the most. Because? Simply because people do not have a real perspective on the importance of this resource in their lives (except when the tap is missing…)».

In view of the existing scenario, and «because it is understood that it is absolutely essential to change the perception of this important resource, at a time when the challenges that arise in relation to its management are increasingly greater and more complex», the company Águas do Algarve sent an invitation partnership with the Red Cross of Faro/Loulé, for «a union of efforts and competences with regard to the social awareness of water in personal, human and community development».

Opening “the curtain” of this vast project, that responsible adds that the theme will be explored through psycho-educational group sessions with adolescents and young people, we intend to reveal the transforming potential of art with an integrative approach,

On the other hand, he points out. «through voice therapy we intend to give voice to this essential element of life through the vibration of sound and to contact our ritual voice in recognition of this element and the development of a valuing look that reconnects us with nature and the importance of its resources» , while «through Biodanza, experiencing the reconnection to the water element through movement, recognizing and integrating the expressions of movement associated with the characteristics of water, such as fluidity, the ability to merge and coaesthesia».

But there will also be the creation of a Senior Theater group, «focused on the scarcity of water resources, to develop, from life experiences, dramatic games and exercises of concentration, flexibility and expression, a process of awareness for a conscious use of water resources".

At a later stage, «the focus will be the exhibition of all the works prepared throughout the project, through a public exhibition of the performances built in the first axis; in a show that will include performance of movement and voice, theater and exhibition of expressive work by young people».

The program will include workshops, visual arts, theater and music, in order to create «environmental awareness through Art».

Three performances are already scheduled for October: on the 4th, at Teatro Lethes, in Faro, on the 8th, at the Castro Marim Auditorium, and finally on the 20th, at the Carlos do Carmo Auditorium, in Lagoa.