«We will make our Capital the same», promises Rogério Bacalhau 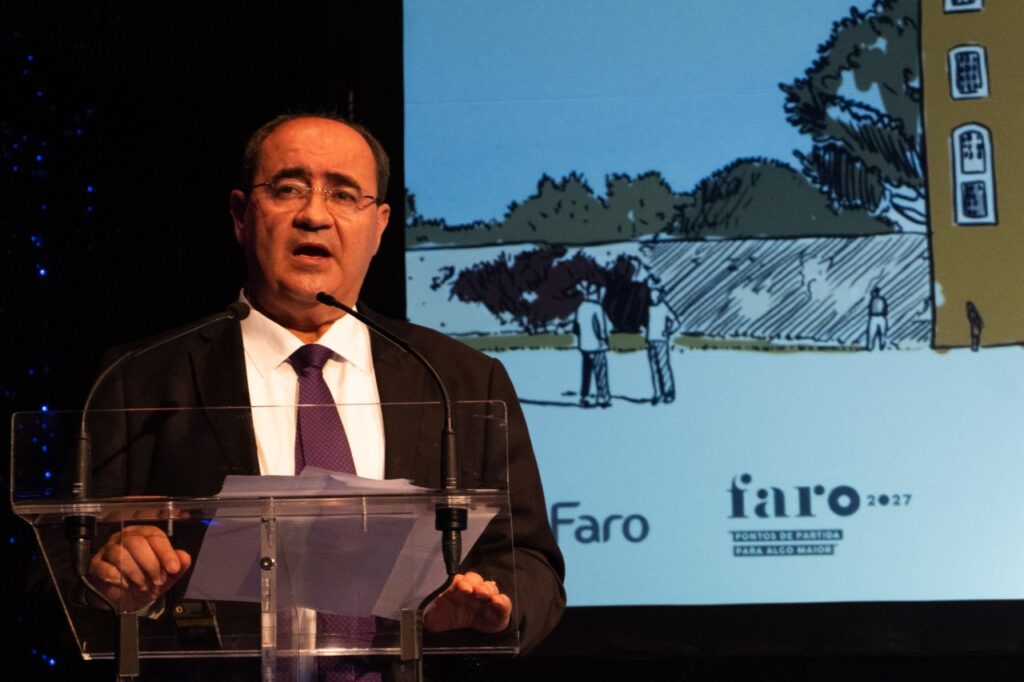 «We will not have the award, nor will we have the program in 2027 that the city that wins will have, but we will make our Capital anyway», promises Rogério Bacalhau, Mayor of Faro, in statements to the Sul Informação.

Moments after knowing that the Farense candidacy was not one of those chosen to move on to the next stage of the selection process for the European Capital of Culture, Rogério Bacalhau assured our newspaper that, despite the natural hope and desire to pass, staying on the path does not mean defeat.

“It was a very rich process, we learned a lot. With this application, we have an integrated vision of the municipality that we did not have before and I think that is very positive”, he said.

Rogério Bacalhau believes that what Faro is currently doing “has a purpose and a coherence. When we talk about the riverside area, in the space of the Estação and Fábrica da Cerveja, which were separate projects that we had before this process, now they all have coherence of interconnection».

“We will certainly have a Faro Capital of Culture in a reduced version, because the projects that we are developing and that will go into work will necessarily appear. The difference is that, in 2026 and 2027, we will not have the volume of programming that we would have if we were Capital", added the president of the Chamber of Deputies. Faro.

After all, whoever wins the race will have access to a cake worth 25 million euros for the event.

«I congratulate the four cities that are advancing and the other seven because they certainly also did the same work as us and learned a lot. At the end of all this, Portugal wins and the European Union wins », he concluded.

In a statement released in the meantime, the candidacy of Faro also recalls that the the themes addressed, such as water, multiculturalism, climate change and tourist massification, continue to deserve the attention of local and regional public authorities.

The application process Faro2027 involved the direct participation of over 3000 people from across the Algarve region. Artists, children, young people, entrepreneurs, mayors, unemployed, retired, international experts, professors, foreign residents and tourists were consulted and presented ideas for the region.

In addition, there was alsoRegional involvement and cooperation of the University of Algarve, the Algarve Tourism Region, CCDR Algarve, the Regional Directorate for Culture of the Algarve, IPDJ Algarve, all the Municipalities of the Algarve and many organizations and cultural and social agents in the region that from the first hour they supported this project.

«We cannot ignore all the work developed, the energy generated, or the issues raised by the people who participated in the process. There are projects that are already underway and that we intend to continue to pursue, such as the rehabilitation of the Fábrica da Cerveja, the Cultural Kilometer or the Gastronomic Embassy», says Rogério Bacalhau.

«Faro also assumed commitments within the scope of the creative roof terraces project. We are leaders of the European Creative Rooftop Network (ECRN) which brings together 9 cities, in a project funded by the Creative Europe program worth 4 million euros over 4 years. The Convention of Faro and the initiatives planned within it, such as the announced International Conferences or the MI.MOMO project.FARO will continue to be developed as well as other projects that we will announce in due course, with all our commitment», he adds.

The announcement of the finalist cities was made in the culmination of a week of hearings with the delegations of each candidate city.

Between December of this year and January of 2023, the chosen candidate will be announced to, together with a Latvian city, receive the title of European Capital of Culture 2027. Until then, the pre-selected Portuguese cities will have the opportunity to review and adjust the their applications and may receive visits from the jury.

In the past, three Portuguese cities received the title of European Capital of Culture: Lisbon, in 1994, Porto, in 2001, and Guimarães, in 2012.

The city of Portugal that is chosen will be entitled to a prize of 1,5 million euros, to which another 25 million euros will be allocated by the Ministry of Culture, using community funds.