New study shows there is no black hole in HR 6819 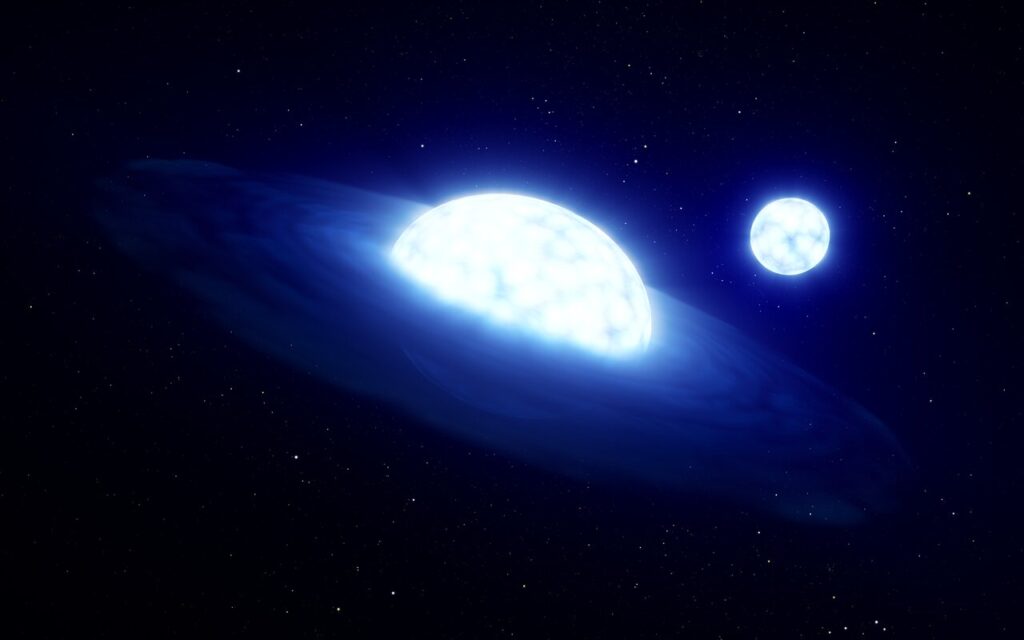 In 2020, a team led by astronomers from the European Southern Observatory (ESO) announced the discovery of the closest black hole to Earth, located just 1000 light-years away in the HR 6819 system. However, these results have been disputed by others. groups of researchers, including an international team based at KU Leuven, Belgium.

In a paper now published, the two teams have teamed up to announce that, in fact, there is no black hole in HR 6819, which is instead a two-star "vampire" system in a rare, short-lived stage of Earth's history. its evolution.

The original study of HR 6819 received special attention from both the press and scientists. Thomas Rivinius, an astronomer at ESO in Chile and lead author of the paper at the time, was not surprised by the reaction of the astronomical community to his discovery of the black hole.

“Not only is it normal, it is desirable for the results to be well scrutinized,” he said, “and a result that makes front-page news even more.”

Rivinius and colleagues were convinced that the best explanation for the data they had obtained with the MPG/ESO 2,2-meter telescope was that HR 6819 was a triple system, with a star orbiting a black hole every 40 days and a second star in an orbit much further away.

However, a study led by Julia Bodensteiner, while a PhD student at KU Leuven, Belgium, proposed a different explanation for the same data: HR 6819 could also be a system with just two stars in a 40-day orbit and no black holes. . This alternative scenario would require one of the stars to be “undressed”, that is, at an earlier stage, it had lost a huge fraction of its mass to the other star.

“We had reached the limit of existing data, so we had to turn to a different observational strategy to decide between the two scenarios proposed by the two teams,” said KU Leuven researcher Abigail Frost, who led the new study published in the journal from the Astronomy & Astrophysics specialty.

To solve this mystery, the two teams worked together to obtain sharper data from HR 6819, using the Very Large Telescope (VLT) at ESO and the VLT Interferometer (VLTI). “The VLTI was the only infrastructure that could give us the conclusive data needed to distinguish between the two scenarios,” said Dietrich Baade, author of both the original HR 6819 study and the new paper in Astronomy & Astrophysics.

Since it didn't make sense to ask for the same observation twice, the two teams got together, which allowed them to share skills and knowledge with each other in order to discover the true nature of this system.

“The scenarios we were looking for were very clear, different and easily distinguishable using the right instrument,” says Rivinius. “We agreed that there were two sources of light in the system, so the question was whether they orbited around each other describing close orbits, as in the “naked” star scenario, or if, on the contrary, they would be far from each other, like in the black hole scenario.”

To distinguish between the two hypotheses, astronomers used the instruments GRAVITY, mounted on the VLTI, and MUSE (Multi Unit Spectroscopic Explorer) of the ESO VLT.

"MUSE confirmed that there is no bright companion in a farther orbit, while GRAVITY's spatial resolution was able to distinguish two bright sources separated by only a third of the distance between the Earth and the Sun," said Frost. "Thus, these data proved to be the final piece of the puzzle and allowed us to conclude that HR 6819 is a system without a black hole."

“Our best interpretation to date is that we are observing this binary system shortly after one of the stars has “sucked” the atmosphere from its companion star. This is a common phenomenon in close binary systems referred to as “stellar vampirism,” explains Bodensteiner, currently an ESO fellow in Germany and a member of the team that carried out the new study. “At the same time that the donor star was “stripped” of some of its material, the receiving star began to rotate more rapidly.”

“Observing such a post-interaction phase is extremely difficult, as its duration is so short,” adds Frost. ”That's what makes our discovery so interesting, presenting us with a perfect candidate to study how this type of vampirism affects the evolution of massive stars and, in turn, the formation of associated phenomena, including gravitational waves and explosions. violent supernovas.”

The newly formed joint team, Leuven-ESO, now plans to more closely monitor the HR 6819 system with the aid of the VLTI's GRAVITY instrument. The researchers will undertake a joint study of the system over time to better understand its evolution, constrain its properties, and use this knowledge to learn more about other binary systems.

“However, rough estimates predict that there are tens to hundreds of millions of black holes in our Milky Way galaxy alone,” adds Baade. It is only a matter of time before astronomers find them.