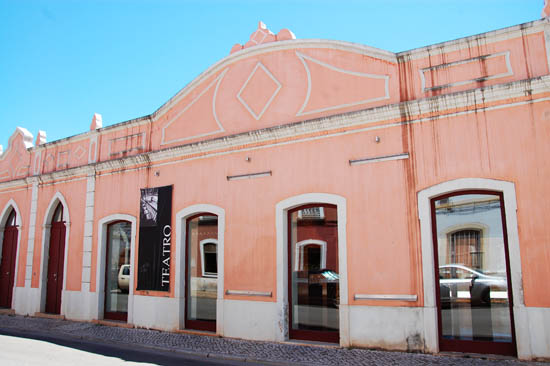 Shows by Ao Luar Teatro and Teatro Análise de Loulé will be presented at Teatro Mascarenhas Gregório, in Silves, on the 26th and 27th of March, as a way of celebrating World Theater Day.

On March 26, at 21 pm, the play “Friday – 00th” by Ar Luar Teatro takes the stage, a “successful comedy that has already been performed in theaters around the world”, according to the Câmara de Silves.

On the 27th of March, the Teatro de Análise de Loulé presents two plays at the Teatro Mascarenhas Gregório.

At 15 pm, the play “O Rei e a Sereia” will be presented, a production with the youngest in mind. At 00 pm it will be the turn of the production “Aqueles Tristes Dias”, intended for the general public.

Pedro and Cristina invite a friend couple for dinner. But the woman arrives alone, undone. She has just learned that her husband's plane crashed into the sea. Following the news with the potential widow to find out whether or not her husband is part of the survivors, the couple receives the news that they were the big and only winner of the Euro Million jackpot on Friday the 13th. But they have to hide their euphoria. A number of twists and turns can be predicted during this busy evening…

This hit comedy has been performed in theaters all over the world: Paris, Avignon, Madrid, New-York, Los Angeles, Miami…

Synopsis “The King and the Mermaid”

In a very distant Kingdom like others already portrayed in many plays throughout the ages, there lived a King who was used to thinking that as a powerful man he still had the advantage of being the owner of the Earth and the Seas, something that no one had ever heard. speak. That King who lived in deep sadness, because he had never found the ideal companion to rule such a great Kingdom with him, discovered one morning by the sea, a very strange being, nothing less than a Siren, with whom he fell in love with immediate. On the same morning, a starfish was also brought by the tide to the royal palace where he met such an illustrious royal personage trying to help solve such a puzzled love problem. Called the Counselor of the Kingdom and a soothsayer of unconfessable knowledge, they also tried to bring to light the solution for the realization of this King's love for a Mermaid from the bottom of the Oceans. But within this story there will still be the Pirata da Perna de Pau and a bird with clipped wings that has lived for hundreds of years in a cage, far from the freedom he always dreamed of.

This piece portrays our Portugal in the late forties. More precisely in the village of Sol Postinho. Aleixo still wandered through the fairs, declaiming here and there his quatrains that were always much admired wherever he went. In the village of Sol Postinho lived a family whose life problems were similar to so many Portuguese scattered from Algarve to Minho. Thus, Rosa Maria, one of the characters in this story set in many sad days of that time, intends to obtain her 4th grade diploma in order to help her poor mother who never fails to emphasize that she is illiterate because she had to take care of three brothers, due to of parents working from dawn to dusk to earn a few measly shields with which to feed the family. Rosa Maria manages to obtain her 4th class diploma, which takes her to Lisbon as a servant for a wealthy family. But here, she was destined to make her days even more bitter. During the course of history, forced prostitution, the colonial war, the imprisonment of Tarrafal, censorship and countless situations that led millions of Portuguese to leave their homeland in exchange for unimaginable sacrifices, lead to each of us You remember something heard many times to several family members who went through those… sad days. But who knows... if other sunsets and sunrises will not be joyful in the village of Sol Postinho...