The municipality will extend the support provided to the association 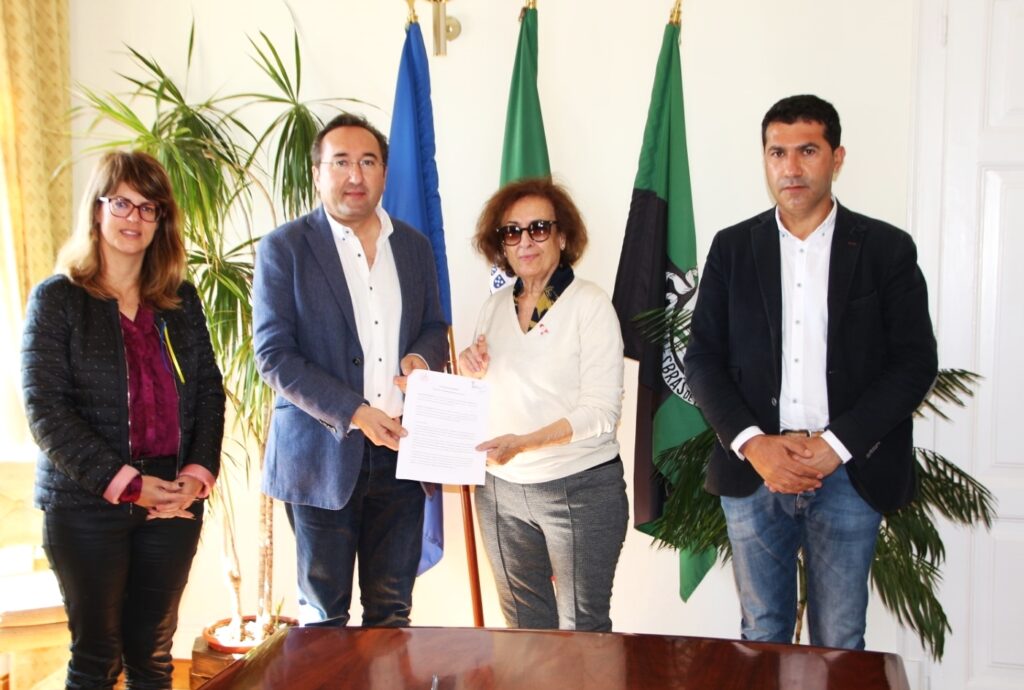 The Chamber of São Brás de Alportel signed, last Wednesday, 2 March, a cooperation protocol with the Oncological Association of the Algarve (AOA).

The municipality will extend the support provided to the association, both in terms of publicizing campaigns, as well as in carrying out screenings and other initiatives of the association.

As a result of this cooperation work, the project “Heart Pillows & Provisional Prostheses – a project to support cancer patients” is underway, to which the Municipality of São Brás de Alportel joined with the voluntary collaboration of artisans and producers who are part of Casa do Artesão.

In February, the Municipality supported the implementation of the Marcha-Corrida Mov.ON with the dissemination of the initiative and the provision of municipal transport to people from São Paulo who signed up for this cross-border event that took place in Castro Marim. The Municipality will proceed in the same way with regard to the Mamamarathon, held annually in October.

This support will also materialize in actions such as “Verão Sem Escaldão” focused on the prevention of skin cancers and which will have the collaboration of young people from São Paulo, under the coordination of Espaço Jovem, in the Municipal Swimming Pool Complex.

Actions are also planned as part of the campaign for skin lesions and screening for chronic obstructive pulmonary disease (COPD) and other events where work in this area of ​​health promotion is relevant.

The Municipality of São Brás de Alportel has also committed itself to hosting some services and initiatives of the association, with the provision of the necessary facilities and logistics so that they can be as effective as possible with the people of São Brás.