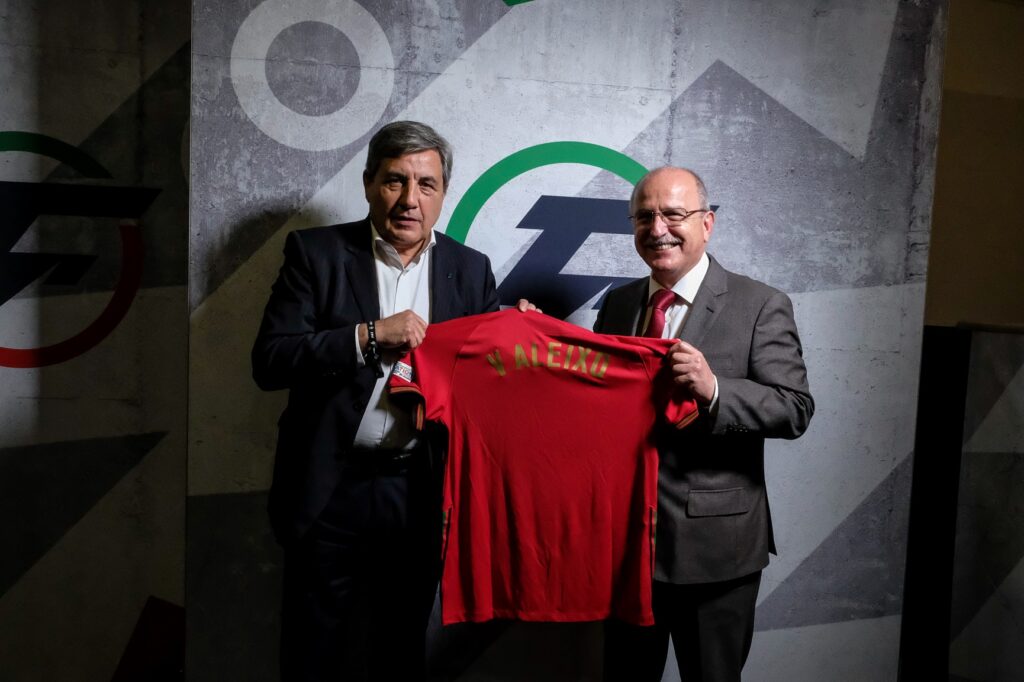 Vítor Aleixo, mayor of Loulé, and Fernando Gomes, president of the Portuguese Football Federation (FPF), exchanged memories, at an institutional meeting after the futsal League Cup final, this Sunday, February 27, at the Joaquim Municipal Pavilion. Vairinhos.

The mayor of Loulé gave Fernando Gomes a piece produced by a local craftsman, an Algarve chimney, while Fernando Gomes gave Vítor Aleixo an official shirt for the national team. 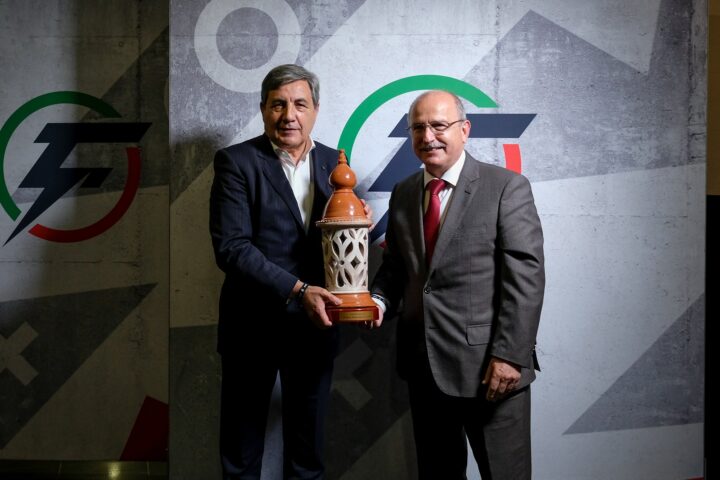 «It was an immense pleasure to be able to host four days of competition at the highest level in Loulé, in a sport that has more and more fans, mainly due to the good international results that Portuguese futsal has achieved in recent years. Loulé is a land of sport and, for that reason, it is always a joy to be able to participate in an organization like this», said Vítor Aleixo.

In the men's League Cup final, Sporting beat rivals Benfica 5-2. In women's, it was GCR Nun'Álvares, from Fafe, to beat Benfica by 2-1.