Algarves are in 11th position with 29 points conquered 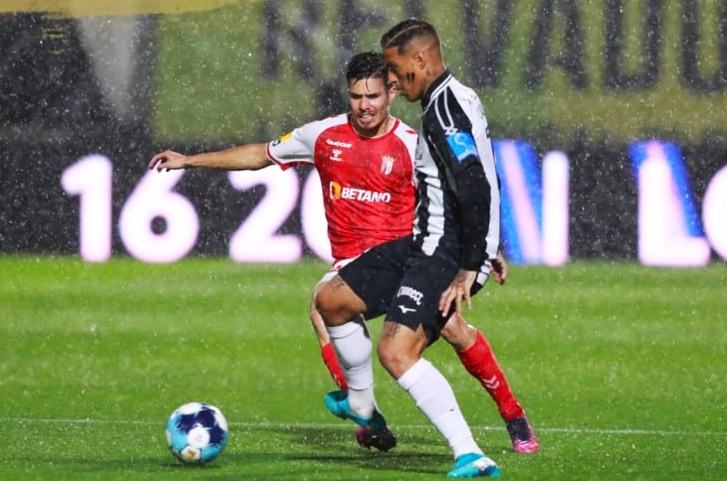 Portimonense lost 1-2 to Sporting de Braga, in a match of the 27th round of the I Football League, played this Sunday, March 20, in Portimão.

A Portimonense in crisis received a Braga rocked by the recent passage to the quarter finals of the Europa League in the middle of the week.

The game was not going to be easy for the Algarve and the first minutes proved it.

Vitinha, after an excellent work on the right, made the cross, the ball deflected in an Algarve defender and left for Moura who only had to touch.

The second goal came shortly after. Yan Couto received a long pass, unmarked himself and, falling to the right, shot strong and well, with no chance for Samuel.

Portimonense could have reduced it in the 33rd minute, but Matheus saved Carlinhos' shot to the post. At 36′, another chance, but Angulo arrived late after a cross from the right.

In the second half, the Algarve team scored. Nakajima released Moufi who made a cross. David Carmo, when trying to cut the ball, ended up scoring an own goal (63′).

Paulo Sérgio launched Luquinhas and Lucas Fernandes, in the search for a tie, but the efforts were fruitless. Portimonense added one more defeat and haven't won, in Portimão, since…November 6th.

This was also the 13th straight match without a win for the Algarve, who are in 11th position with 29 points won.