Fatigue, lack of patience and “denialism” which it is not, are consequences of 2 years of Covid-19 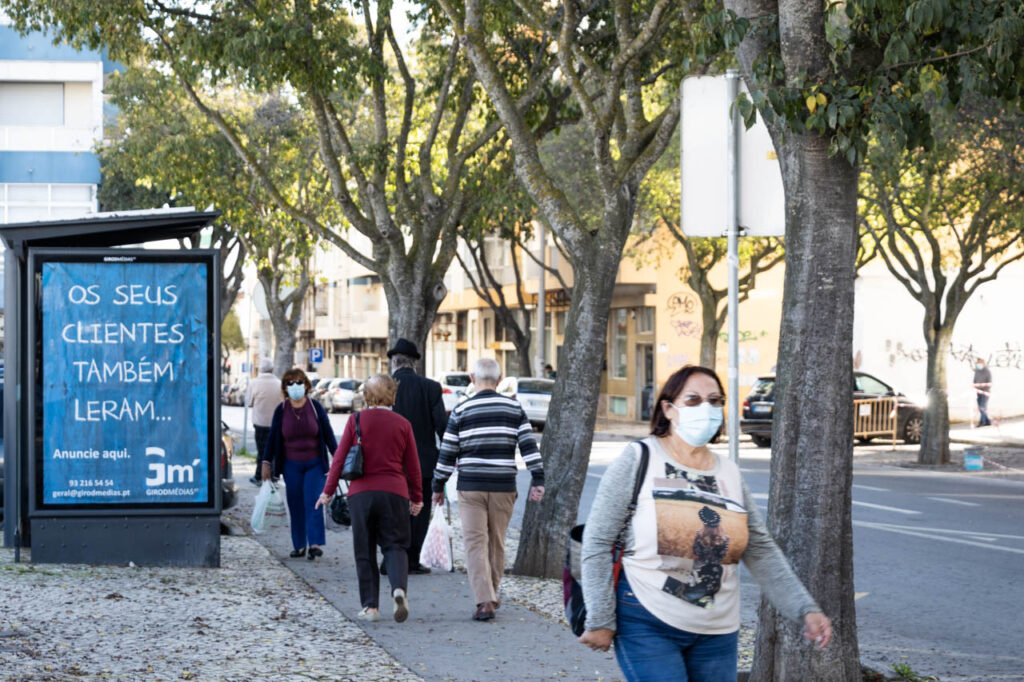 Tiredness, lack of patience and a “denialism” that is not, after all, are social reflexes of two years of pandemic in Portugal, according to a public health doctor and a sociologist interviewed by the Lusa agency.

The president of the Association of Public Health Physicians, Gustavo Tato Borges, recognizes that it is understandable that Portugal has “high levels of pandemic fatigue”.

“We are talking about a population used to close, extensive and quite intense social contact, which they suddenly had to stop having and live in their daily lives”, he says.

Tato Borges emphasizes that “it is not only the citizen, but also health professionals, political leaders, everyone is very tired of this issue and this disease”.

“Portugal no longer has the patience for the mandatory use of a mask, to stay in isolation and to realize that, in fact, the path is to maintain these measures a little longer so that we can control this disease more assertively. We want to drop everything and move towards a normality that, unfortunately, will not exist again”, says the doctor in statements to Lusa about the two years since the appearance of Covid-19.

Sociologist Alberto Gonçalves, who is also a columnist in several media, admits to having “unpopular opinions” about fighting the pandemic, which even earned him a threat of prosecution for being “denial”, a label that in his case would have to fit someone with two doses of vaccine who later decided not to take the third because they contracted Covid-19.

The label, modeled on the so-called Holocaust denialism, a thesis put forward by people who question the extermination of Jews by the German National Socialist regime during World War II, became commonplace after it began to be applied to a “fringe of conspiracyists who denied and still deny that there was a virus or others that go even further”.

“This idea is based on a true principle, but now the media and, unfortunately, a good part of the citizens who have always taken the Government's word to the letter and insisted that all the rules emanating from the Government were absolutely sensible, have spread the word. , or contaminate the use of the word negationist to anyone who doubted the effectiveness or usefulness of the Government's measures or drew attention to the damage they could cause”, he analyzes.

For Alberto Gonçalves, a mentality was installed that leads to “demonizing an opponent in order to devalue him”, but “many of the statements that were attributed to the supposed denialism today are reproduced as orthodoxy, as the number of cases is not so relevant, that the testing has flaws, that the number of hospitalized and dead is counted in different ways according to each country or each hospital”.

“If a person said these things a few months ago, they were blasphemous. What was denialism yesterday, is no longer today, it becomes an idea more or less accepted by most people. But there are people who resist and are very attached to the pandemic, they don't want it to end. However, it is noted that there has been a very strong change in the last two months in the ideas regarding the pandemic that are accepted”, he estimates.

Gustavo Tato Borges argues that there is no point in waiting for a return to the pre-2020 way of life: “this disease will continue to exist in our environment, we need very dedicated communication, to re-instate the importance that the attitude of each one of us has in the fight against this pandemic, to solve it, minimize it and not need to have more restrictive measures like the ones we have had in the last two years”.

“We dealt with a completely new and unknown disease, for which we had no therapeutic weapon and we fought as best we could”, he recalls.

“Our society needs to release some of this stress and negative view that we have in the fight against the pandemic and have a new strategy for integrating Covid-19 into our daily lives to return to a more natural regulation of this disease in our environment”, defends Gustavo Tato Borges.

An example, he indicates, may come from Asian countries where other epidemics with new viruses have already broken out, which were “more used to more restrained social contact and the use of a mask on a regular basis”.

“Perhaps, they have less pandemic fatigue and a social mentality of greater concern for others, to protect themselves and avoid risk, which Portugal does not have so much”, he advances.

Alberto Gonçalves predicts that the “irrationality that has taken hold of people” will be overcome in relation to aspects of the pandemic, but stresses that living with Covid-19 “has removed a layer of varnish from society, showed what it is and is not something very beautiful to look at.”

“When the need for a vaccination certificate to enter restaurants was surveyed, I saw many people on Twitter, on Facebook, furious with the measure, not for a health issue but because they had taken the vaccines, third dose and everything and now they don't. vaccinated people could enter the same places as them”, he says.

The sociologist points out that there were people who “if necessary, go to the street in vigils on fetched pretexts, but who in their relationship with others have this type of discriminatory behavior”.

“People who denounced restaurants that did not ask for certificates, people who at the beginning of the pandemic shouted from windows for a person passing alone on the street to go home, show the worst of this pandemic, it shows what people are willing to do and accept. doesn't give much hope. It is not a matter of our time, it is of the human essence,” she considers.