Tournament has a prize of 25 thousand dollars 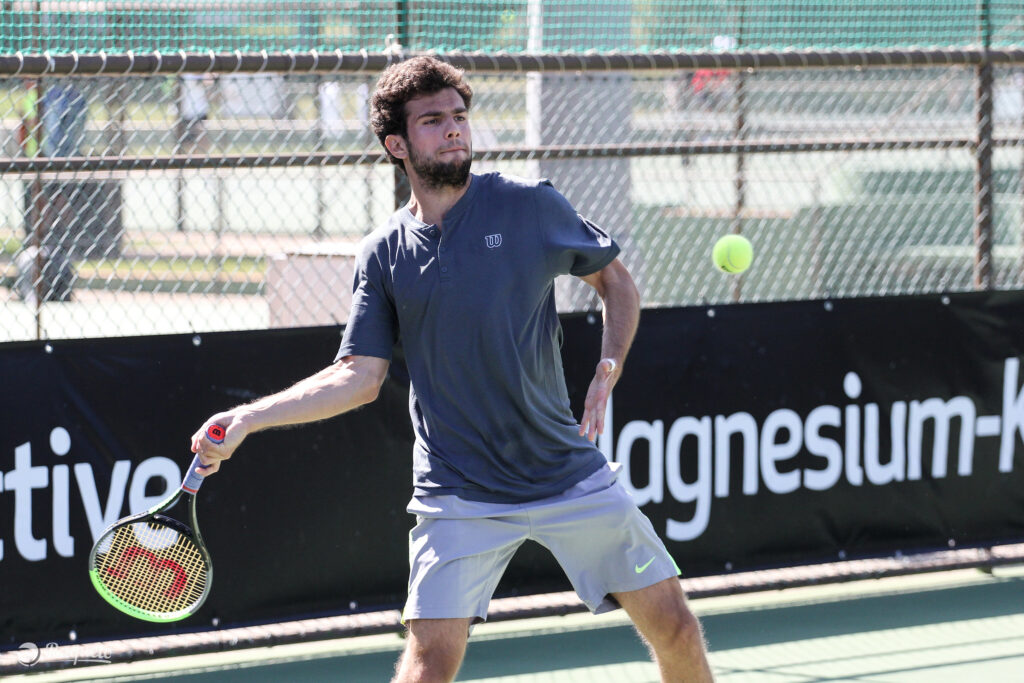 Tennis players Luís Faria and Fábio Coelho qualified, this Wednesday, March 9, for the second round of the main singles table of the Portimão M25 International Open. The two Portuguese join Pedro Araújo who advanced the day before.

After overcoming the three rounds of the qualifying round, Luís Faria (735th in the ATP rankings) added a fourth victory to his performance of the week after recovering from a set disadvantage to overcome Germany's Kai Wehnelt (638th) by 1 -6, 7-6(3) and 6-4.

For the young man from Guimarães, who had already passed the qualifying in the Vale do Lobo tournament, two weeks ago, is followed by the British Anton Matusevich (459th), responsible for eliminating the fifth pre-designated, Michael Geerts (338th).

Hours earlier, Fábio Coelho (998th) had already moved on after benefiting from the withdrawal of Frenchman Harold Mayot (world number one junior in 2020 and currently 450th in the ATP rankings), due to injury, when he was leading by 3- 6, 6-4 and 3-0.

The tennis player from Oliveira de Azeméis is looking for the second consecutive quarter-finals (and of his career) in tournaments worth 25.000 dollars and for that he will have to go through the Russian Alexey Vatutin, who defends the status of third seed thanks to the 316th place he occupies the world hierarchy.

Pedro Araújo, who the day before became the first Portuguese to reach the second round by beating Japan's Makoto Ochi, learned that he will face Laurent Lokoli, world number 346 and eighth seed.

Still in the singles, we highlight the victory of the first seed, Marius Copil (260th ATP). Four days after representing the national team of Romania in the Davis Cup qualification against Spain, in Marbella (lost to Carlos Alcaraz and Roberto Bautista Agut), the former world top 60 made his debut in Portimão with a hard-fought 6-7 victory. (3), 6-3 and 6-4 over Sebastian Fanselow (349th), reigning champion who had to go through the qualifying as he was initially unregistered for the tournament — he was planning to travel to South Africa to play in two canceled ATP Challenger Tour tournaments.

In the doubles variant, there were two victories by Portuguese doubles towards the quarter finals: Fábio Coelho/Gonçalo Falcão overcame compatriot Tiago Cação and Belgian Gauthier Onclin, by 7-5 and 6-0, and Luís Faria/Jaime Faria won the British Scott Duncan and the Argentine Franco Emanuel Egea by 3-6, 6-1 and 10-5.