Portuguese and Norwegian researchers participate in the project, which has the Portimão Museum as a support base 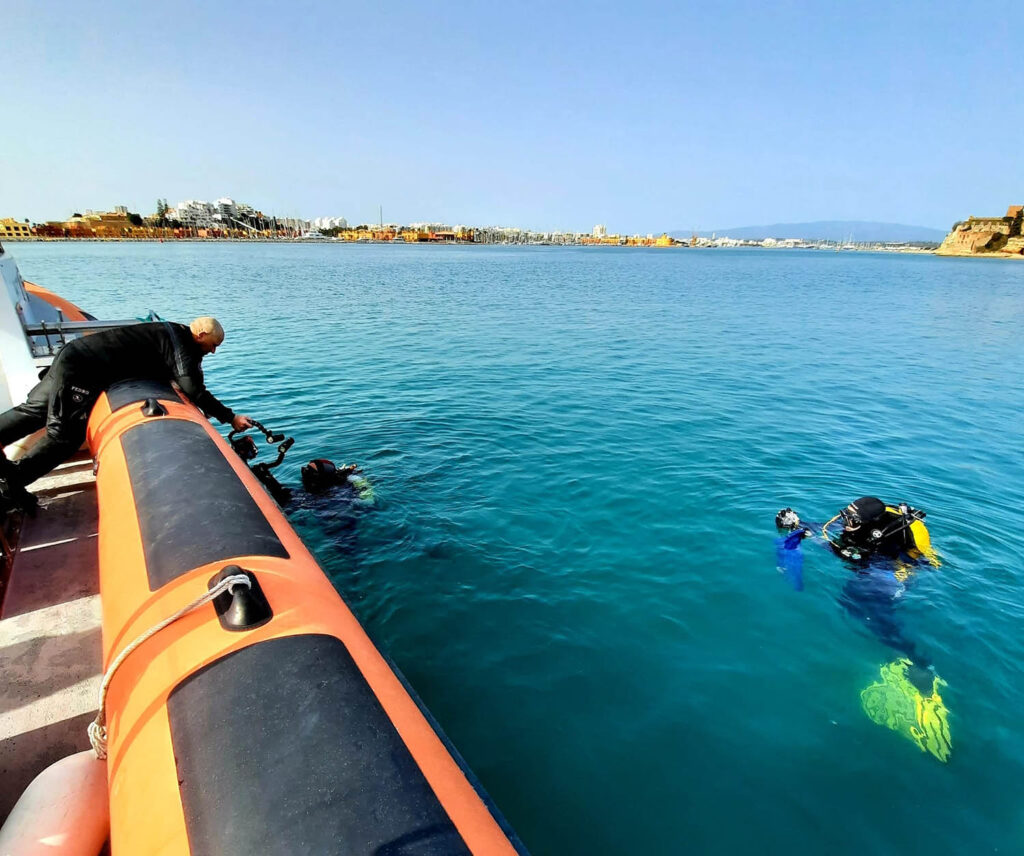 The wreckage of a 14th-century sailboat, sunk in the Arade estuary, is the object of the Water World project's underwater archeology campaign, which began this Monday, March 1th, and lasts until April XNUMXst at most.

This is the underwater archaeological site called Arade23, somewhere at the bottom of the river between Portimão and Lagoa. The Water World project is financed by the Culture Program of the EEA Grants Financial Mechanism and operated in Portugal by the National Center for Nautical and Underwater Archeology (CNANS/DGPC). It also has a partnership with the Maritime Museum of Norway (Norsk Maritimt Museum).

«The campaign starts today, with a smaller team, only from CNANS, to do preliminary work», namely «delimitation of the archaeological site» and its «cleaning», he revealed to the Sul Informação José António Gonçalves, coordinator of that body of the Directorate-General for Cultural Heritage. From the end of this week, «the team will be reinforced with Norwegian colleagues, from the Maritime Museum of Norway, but also from the Museum of Bergen».

The work of these two weeks involves applying and developing georeferenced underwater photogrammetry methodologies in the context of a shipwreck dating from the XNUMXth century.

«What we are going to do is monitor the site, as well as a photogrammetric registration campaign, to produce a three-dimensional model of the find itself», added José António Gonçalves.

In addition to the sharing of knowledge between the teams from the two countries, on techniques already known (photogrammetric recording), this campaign in the estuary and mouth of the Arade presents an «innovative aspect»: «a recent equipment, acquired by the Norwegians , to help us position these photogrammetric models in the field», explained the CNANS coordinator. The fact is that GPS «does not penetrate the water», so it is more difficult to guarantee the accurate positioning of underwater archaeological finds. But, with the new technology, «we will obtain the coordinates where the GPS does not reach».

And why choose this shipwreck site dating from the XNUMXth century? «Because not much is known about this site compared to other archaeological contexts in Arade», reveals José António Gonçalves.

From the underwater traces that are visible, «everything points to a chronology of the XNUMXth century, more of the beginning than the end». The sunken ship would be a sailboat «of a certain size, with a wooden hull, protected with metal plates.

Although the Arade23 archaeological site, where the work will now be carried out, is not among those that will be directly affected by the dredging to widen the access channel and rotation basin of the Portimão cruise port, it could be “indirectly”, by the “slope slide”, he admits.

Therefore, this campaign will be even more important, as it will make it possible to make a «picture» of the current situation of the underwater archaeological site, so that, in the future, there is a term of comparison.

According to a note from the Portimão City Council, this campaign is part of the Water World project's bilateral relations program and aims to articulate the photogrammetry methodologies used by partners from the donor State (Norway) and Portugal. The Water World Project develops works of archeology, conservation and dissemination of the Nautical and Underwater Archaeological Heritage.

The action involves the collaboration of local entities, namely the Municipalities of Portimão and Lagoa, and also includes the participation of experts from CHAM – Center for Humanities of Universidade Nova de Lisboa.

This campaign has the Portimão Museum as a logistical support base, by collaborating in the provision of diving equipment, topographic support and museum spaces, namely the Conservation and Restoration Workshop.

The Water World project aims to empower the CNANS of the DGPC through the development of recording methodologies, useful for the monitoring and dissemination of underwater cultural heritage, based on the previous experience of the institutions involved.

Budgeted at 995.000 euros from the EEA Grants Financial Mechanism, the Water World's objectives are the safeguard, protection, conservation, monitoring and dissemination of national archaeological cultural assets from water-saturated environments. It is a project to be developed in four years, promoted by DGPC/CNANS in partnership with Norsk Maritimt Museum.

The European Economic Area (EEA) is made up of the Member States of the European Union and three European Free Trade Association (EFTA) countries, Iceland, Liechtenstein and Norway.

DGPC is the operator of the Culture program, with the Directorate-General for the Arts as a partner. The Culture Program supports social and economic development projects through cooperation, entrepreneurship and cultural management.