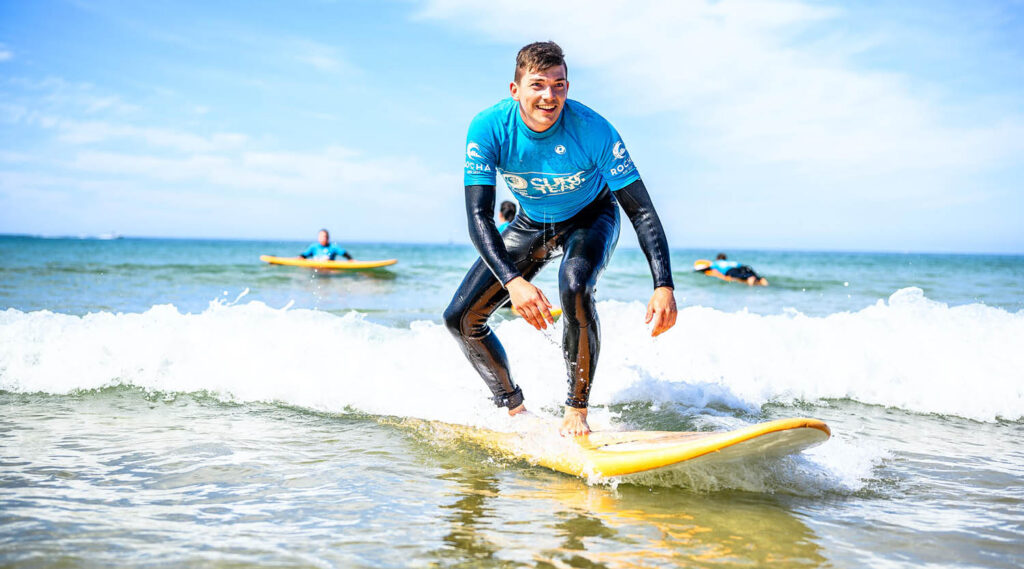 Algarve surf school Future Ecosurf School, located in Praia da Rocha, donated the value of its annual carbon footprint to a renewable energy project that fights deforestation in the Ceará region, Brazil. The donation will reinforce the use of biomass in manufacturing processes and the consequent improvement of living conditions in that Brazilian region.

“We decided to pay our ecological footprint as a matter of conscience. Since we have not yet managed to develop our activity without polluting, we support non-governmental organizations that are able, in some way, to combat pollution”, says Ricardo Gonçalves, responsible for the Future Ecosurf School.

“We want to have some cultural bond with the NGOs we help. Last year we supported a project in Mozambique; this year it is in Brazil, a country that speaks our language and a project that meets what we want, in this case to reduce the felling of trees, minimizing climate change”, he adds.

The donation of US$330 (291 euros) was delivered through the Gold Standard, an international platform that certifies the legitimacy and evolution of projects by non-governmental organizations applying for support.

The value of the donation is calculated based on a formula applicable to the voluntary carbon market, which converts various polluting criteria into carbon credits to be offset.

The voluntary market has grown a lot in recent years, as it allows horizontal offsetting of carbon units. It is a market that allows any company to donate an amount equivalent to its annual carbon emissions directly to a non-governmental organization with a certified ecological project.

The Ceará Renewable Energy Project operates in a Brazilian region heavily affected by drought and poverty and has in its sights one of the main causes of deforestation: the illegal felling of trees. The approach consisted of exchanging the fuel used by five ceramic factories, from illegal wood to agricultural and industrial waste. The use of biomass fuel also allows the local population to supplement their family income by selling their own waste to factories.

In recent years, this project in Ceará has already saved 1750 hectares of forest, an area equivalent to 1400 football fields. It also improved the quality of the air breathed by three hundred factory workers and encouraged factories to implement systems for reusing wasted water in the production process.

The Future Ecosurf School has been around for over two decades and has adopted the Ecosurf principle in the last two years. “We want to follow what Ghandi said: be the change you want to see in the world. I feel very focused on this and society is more receptive. It is an urgent cause and has become a beautiful dream that is now economically viable”, explains Ricardo Gonçalves.

The change includes the search for ecological equipment (recycled or non-polluting), electric means of transport (the case of the most recent school van), upcycling (reuse, for example, outdated neoprene wetsuits, giving them a new lease of life), buy locally and get the community involved.

“The goal is to have the least impact on nature. To this end, we are also committed to donating part of our income to environmental causes, through the 1% Para o Planeta platform. It's like paying rent to the landlord; because we use the Planet and don't pay rent”, underlines the head of Future Ecosurf School.