Report was released by the Directorate-General for Health 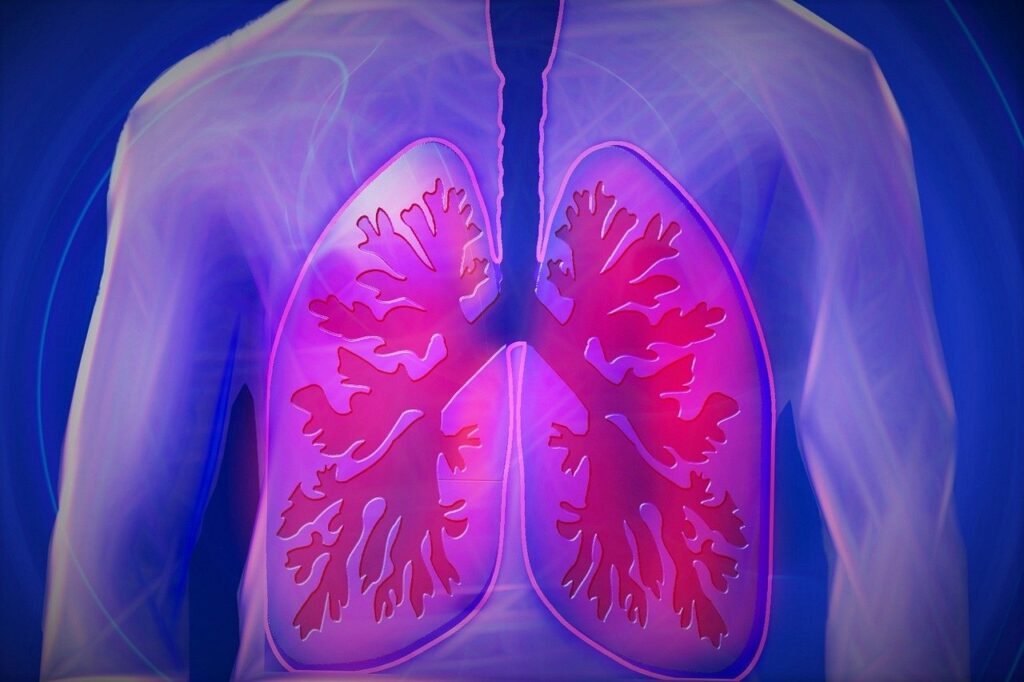 The Algarve was, in 2020, the third region of the country with the highest incidence of tuberculosis, according to a report released by the Directorate-General for Health (DGS). Alentejo appears soon after, in fourth position.

During that year, the Algarve had 63 cases of tuberculosis, which is equivalent to an incidence of 15,2 per 100 inhabitants.

The region with the most infected was Lisbon and Vale do Tejo (663), which recorded an incidence of 18 cases per 100 inhabitants.

Porto had 541 infected with tuberculosis throughout 2020, which corresponds to an incidence of 15,2.

The Centre, despite having 127 cases, more than the Algarve, has a lower incidence (7,7), which is due to the fact that it has a larger population.

As for Alentejo, it registered 40 infected with tuberculosis in 2020, which gives an incidence of 8,6 cases per 100 thousand inhabitants.

Returning to the Algarve, and analyzing by municipalities, Olhão is the one that, from 2016 to 2020, has the highest incidence rate (25,6) with a total of 59 cases.

Loulé follows, with 63 cases, and an incidence of 18,3 infections per 100 inhabitants. 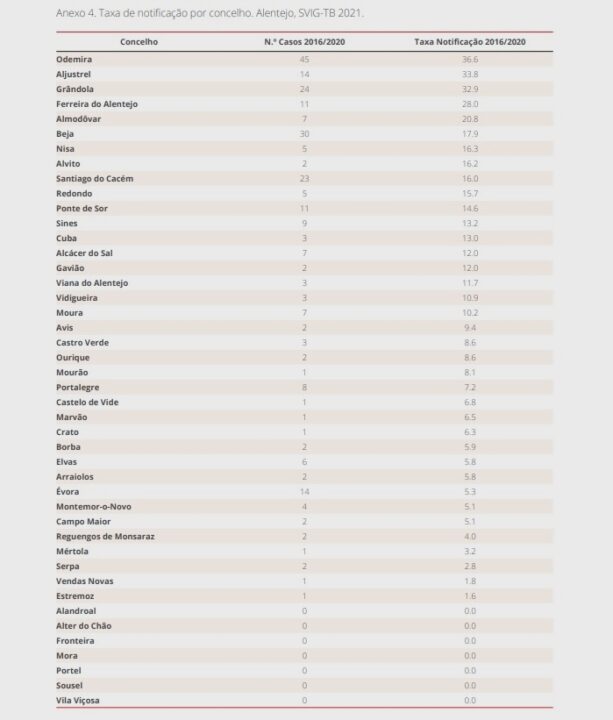 In Alentejo, the municipality with the most cases (45) and the highest incidence (36,6) was Odemira. In the top 3, there is still Aljustrel (14 infected and an incidence of 33,8).

At national level, in 2020, 1465 cases of tuberculosis were reported in Portugal, corresponding to a notification rate of 14,2 cases per 100 thousand inhabitants. 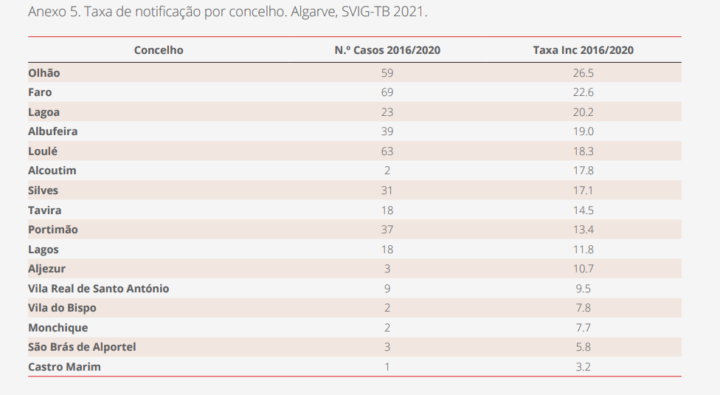 «The number of new cases of Tuberculosis (TB) has been decreasing in Portugal, having reached, in 2015, the limit defined as low incidence (20 cases per 100 thousand inhabitants per year). Despite this, Portugal continues to be the country in Western Europe with the highest incidence rates of Tuberculosis», explains the DGS.

Men continue to be more affected than women (64,8% of total cases reported in 2020), especially in adulthood. 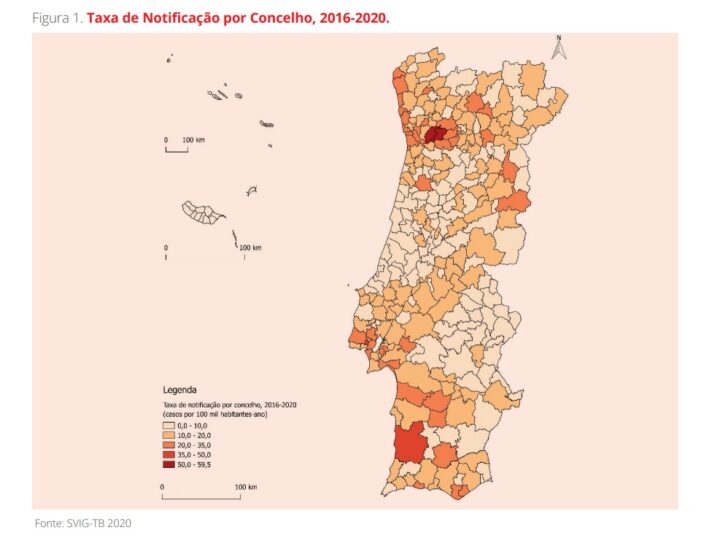 “The most frequent location of the disease continues to be pulmonary (69,7% in 2020). The proportion of cases confirmed by culture or by direct examination and nucleic acid amplification test was 53,1%”, explains the DGS.

In 570 cases (73,4% of the total confirmed cases), the susceptibility test to antibacillary drugs was performed, and multidrug resistance was detected in eight cases. The performance of molecular tests for the rapid detection of resistance allowed the diagnosis of multidrug-resistant tuberculosis in 5 of the 13 cases.