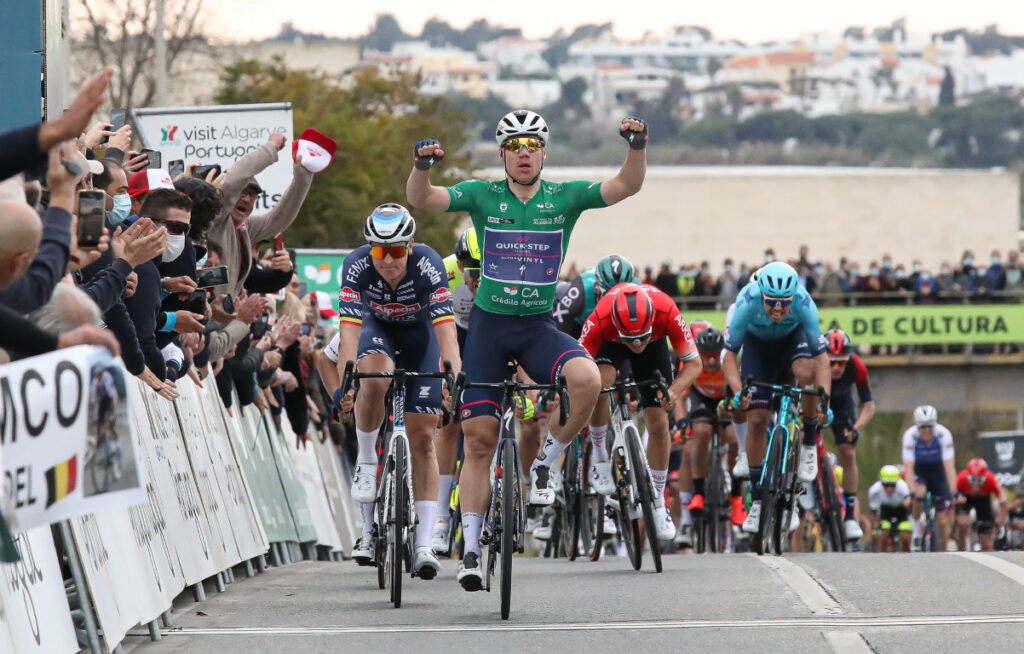 Fabio Jakobsen (Quick-Step Alpha Vinyl Team) won the third stage of the Volta ao Algarve that ended this Friday, February 18, in Faro. This was the second achievement of the Belgian cyclist in this year's race.

In a run that started in Almodôvar and only ended in the Algarve capital, after 211,4 kilometers, expectations were confirmed with an arrival in the sprint.

Jakobsen beat the competition again – as happened in Lagoa in the first stage. The Quick-Step rider completed the run in 4 hours, 54 minutes and 53 seconds, followed by Tim Merlier (Alpecin-Fenix) in 2nd, and Bryan Coquard (Cofidis) in third place.

Once again, there was no cyclist from the Algarve teams to finish the stage in the first 15.

The straight to the finish line, on an inclined 300-meter ramp, where the Opening Race once ended, was the scene of an intense and very well contested sprint. Bryan Coquard (Cofidis) was the first to start, but Fabio Jakobsen waited for the right moment and “shot” for an undeniable victory, the second in this edition of the race, as he had already imposed himself in Lagoa.

Fabio Jakobsen raised his arms after 4:54:51 of the race (43,018 km/h average), followed by Tim Merlier and Bryan Coquard. With this success, Fabio Jakobsen gave more color to the Green Credit Agrícola Jersey, a symbol of the best by points, which he has been wearing since day one.

The Venezuelan Leangel Linarez (Tavfer-Mortágua-Ovos Matinados), ranked tenth, was the best representative of the Portuguese teams in the stage. Daniel Freitas (Rádio Popular-Paredes-Boavista), 13th, was the best Portuguese.

“The team did a perfect job – especially Kasper Asgreen, who protected me throughout the stage – and that's often what counts. In the last two kilometers we were always ahead, in the top ten. The home straight was 400 meters long, I launched my sprint in the last 200 meters and pushed until I won. Bryan Coquard, a sprinter who does well in these finishes, started at the same time, but I had stronger legs. I even saw Tim Merlier approaching but he couldn't pass me on the left and I'm happy to have won here in Faro. Green (green jersey) is the color of sprinters, I already wore this jersey in the Vuelta a España and I hope to win this classification if I manage to finish the day after tomorrow”, said Fabio Jakobsen, after achieving his fourth victory in eight days of competition this season. .

The stage, which started from Almodôvar (Alentejo), started with a collective crash, but soon attention was focused on the race itself, as, with 12 kilometers covered, the breakout of the day was formed. Txomin Juaristi (Euskaltel-Euskadi), Rafael Lourenço (Tuna General-Tavira-AP Maria Nova Hotel), Rafael Silva (Efapel Cycling), Afonso Eulálio (Glassdrive-Q8-Anicolor), Afonso Silva (Kelly-Simoldes-UDO), Nicolas Sáenz (Tavfer-Mortágua-Ovos Matinados) and Samuel Caldeira (W52-FC Porto) took the lead and were free to pedal with about 7 minutes ahead.

At the start of the last hour and a half of the stage, the sprinters' teams took command of the peloton and it was understood that the fugitives had their destiny set. Even more so when Tavfer-Mortágua-Ovos Matinados and Rádio Popular-Paredes-Boavista joined the work, with the aim of keeping the points of the last mountain of the day, in Bengado.

There was also a new trio in command, Hugo Nunes (Rádio Popular-Paredes-Boavista), Fábio Costa and Afonso Eulálio (Glassdrive-Q8-Anicolor), but against the strength of the platoon there was no resistance from the fugitives. The group was compact 10 kilometers from the goal.

“It will be difficult to keep the yellow jersey in the time trial. I want to do the best I can. I worked a lot in my position, I hope to see some improvement. However, the team's bet is Stefan Küng, we hope he can win. Riders like Remco (Evenpoel) or Brandon Mcnulty are faster, but I hope I still have an answer to give in the last stage”, emphasizes David Gaudu.

Tomorrow is one of the main stages of this year's edition of the Volta ao Algarve.

The time trial between Vila Real de Santo António and Tavira (32,2 kilometers) promises to be decisive in the general accounts. 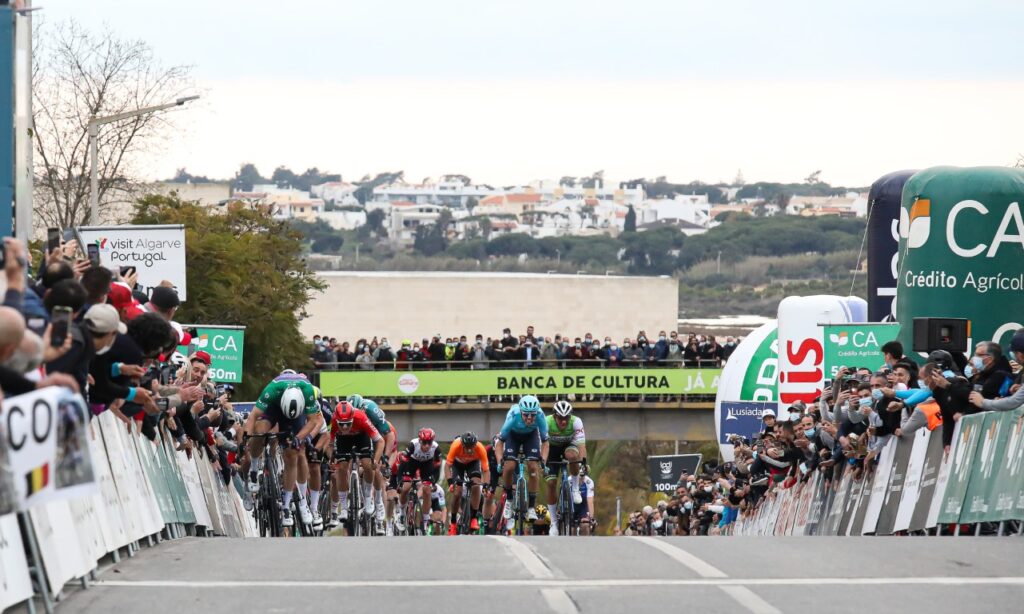 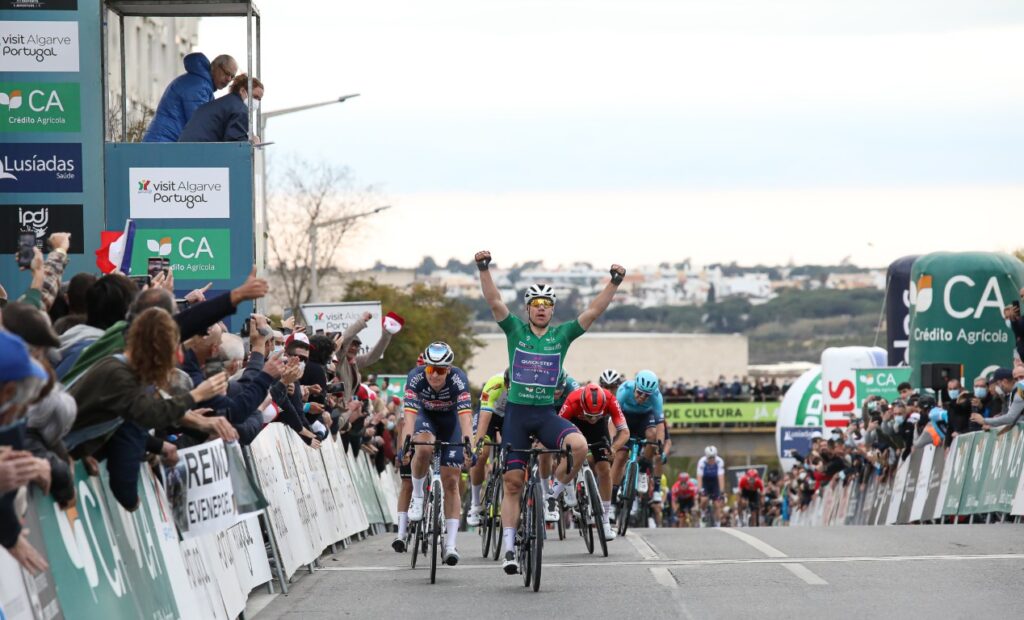 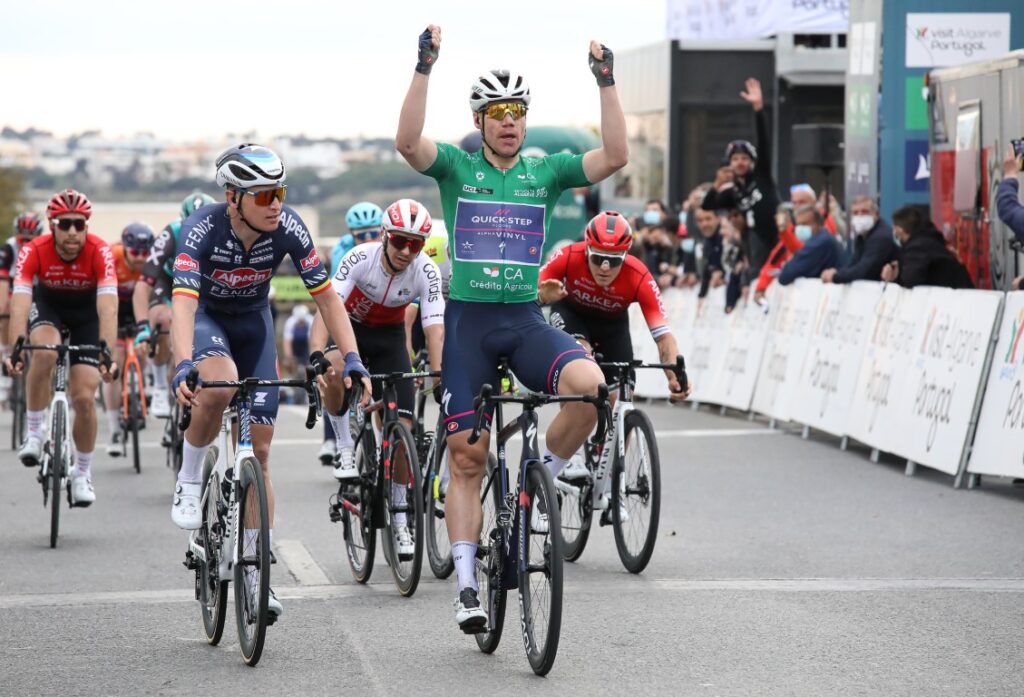 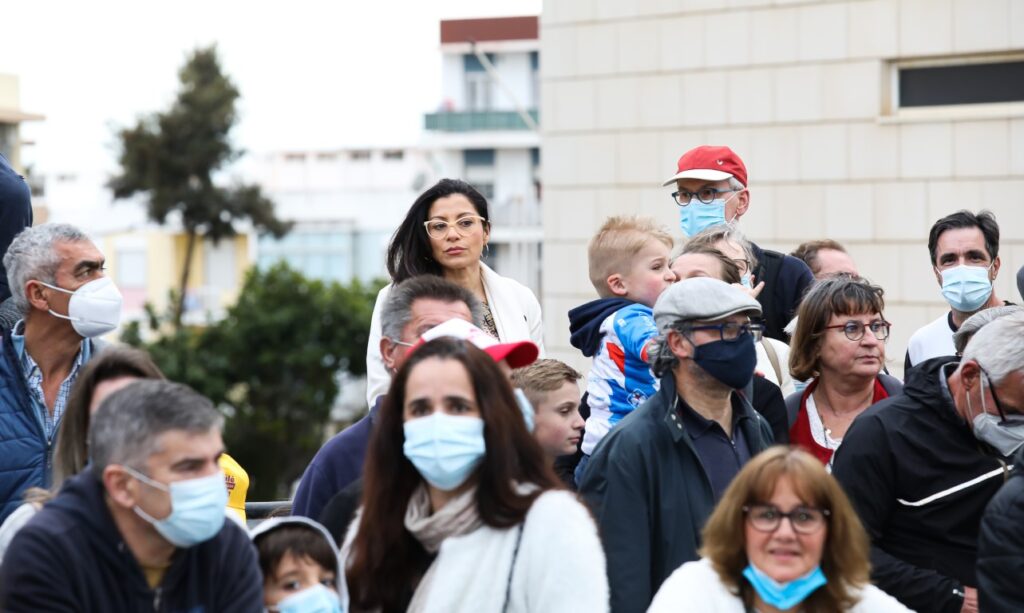 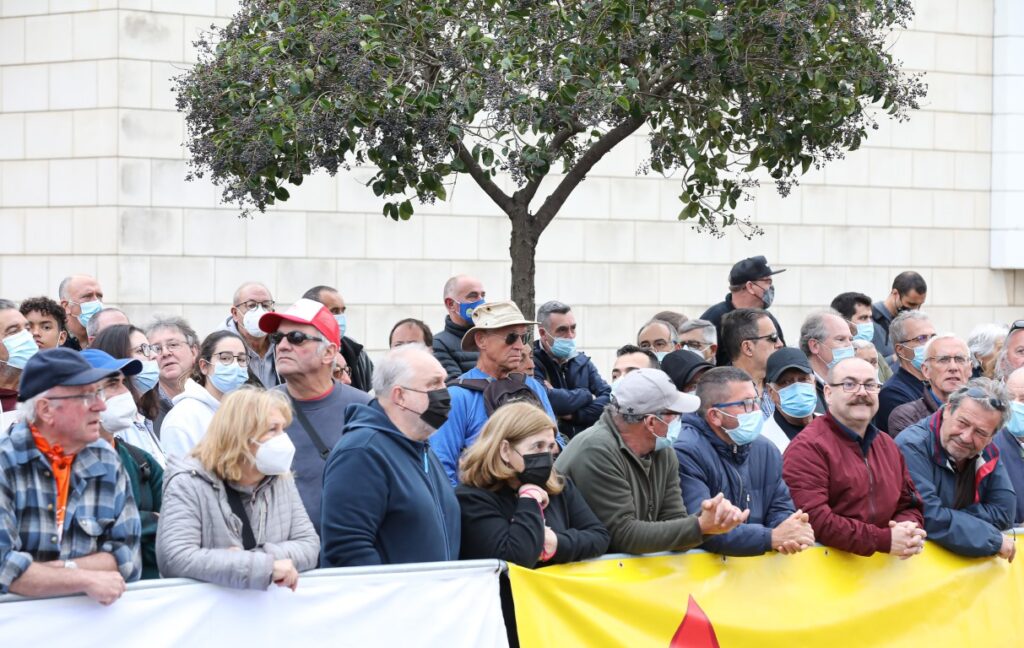 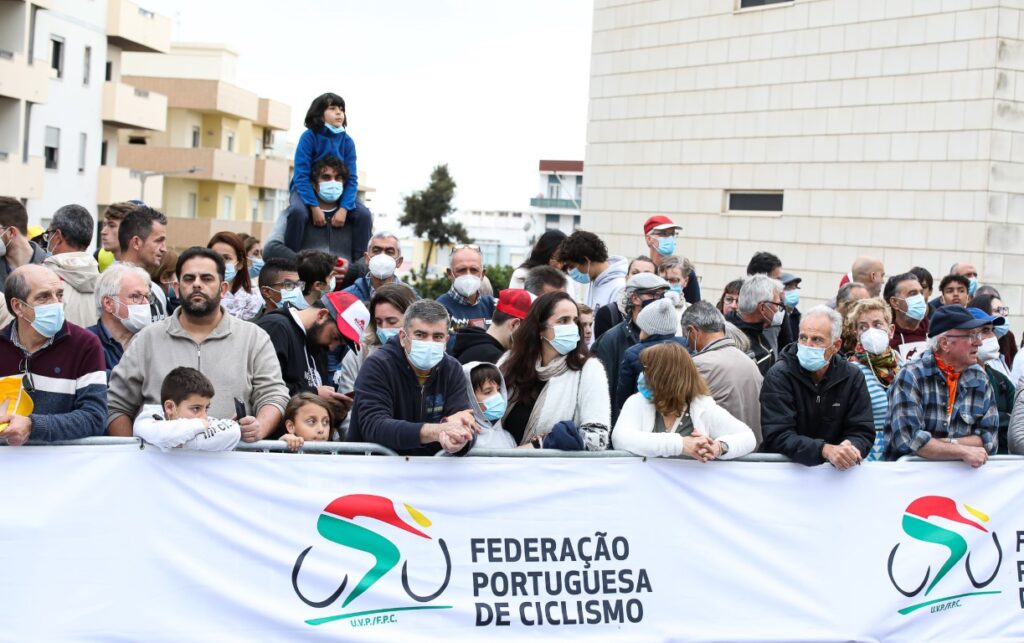 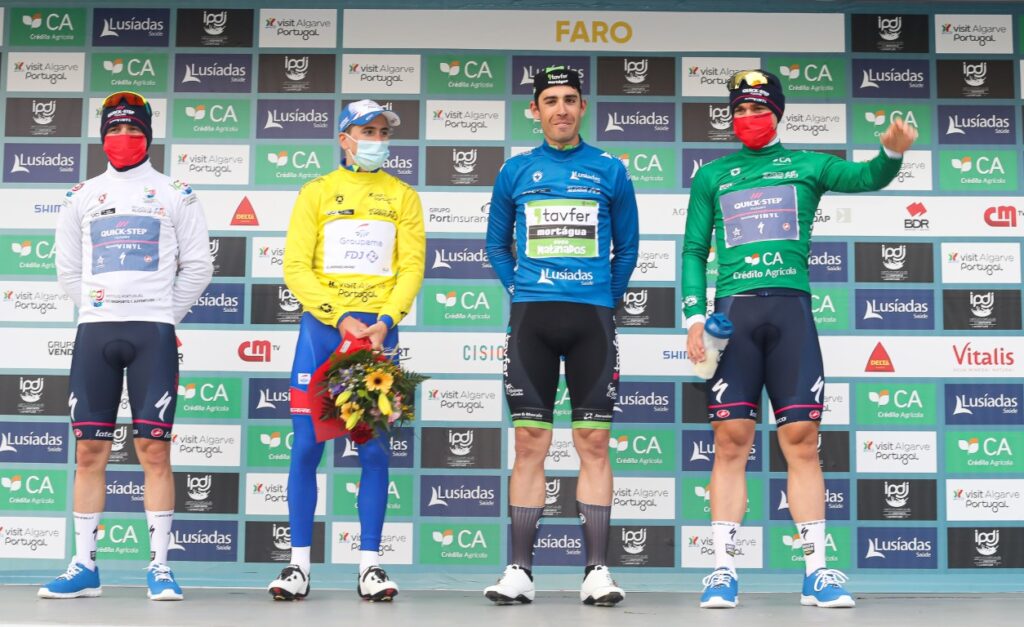 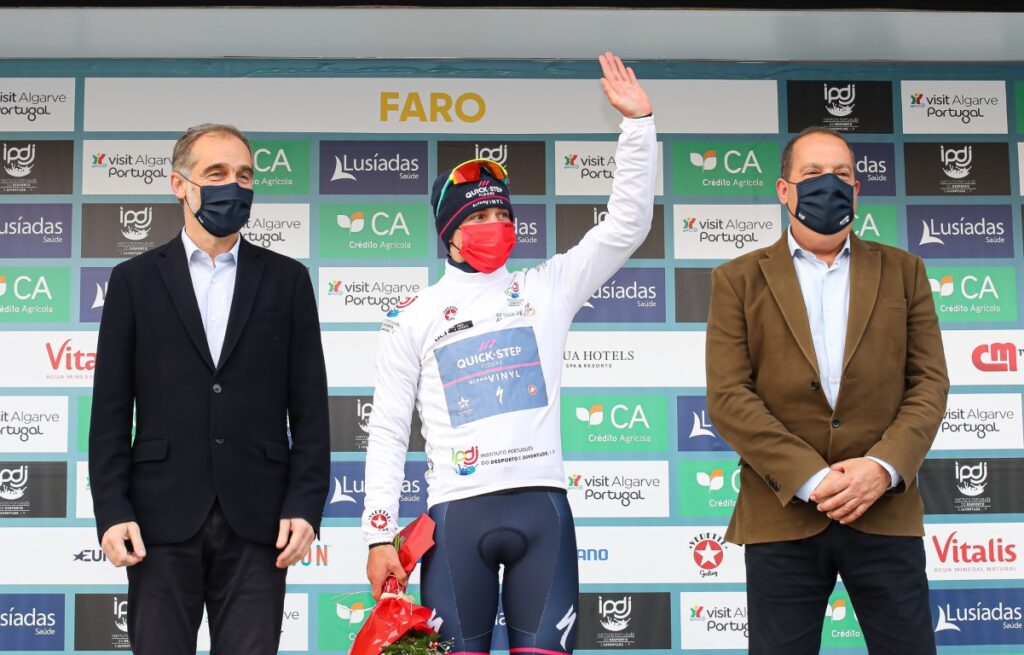 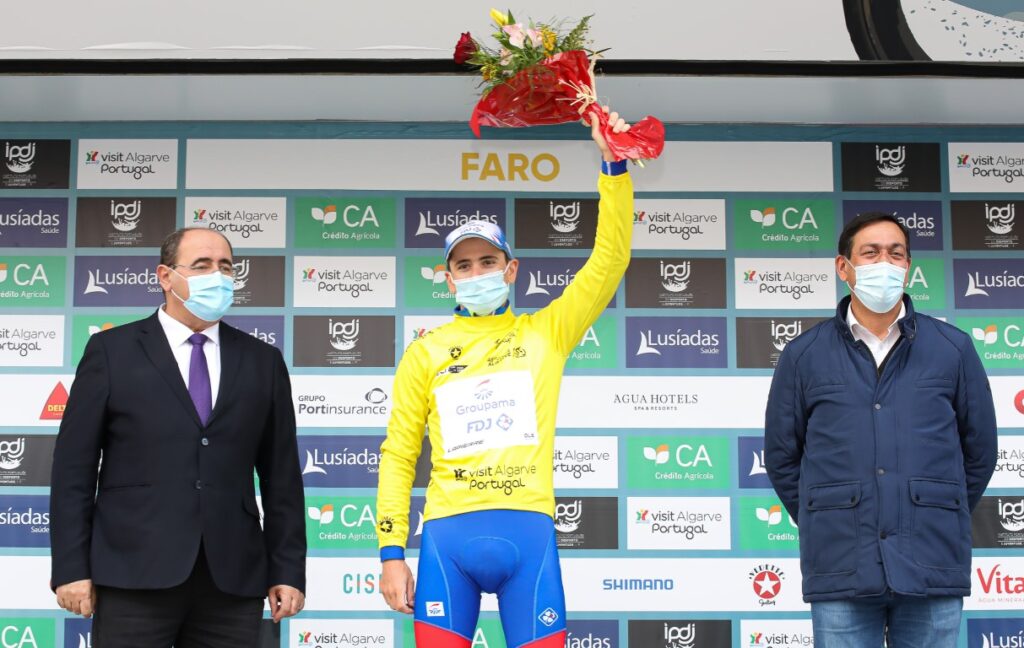 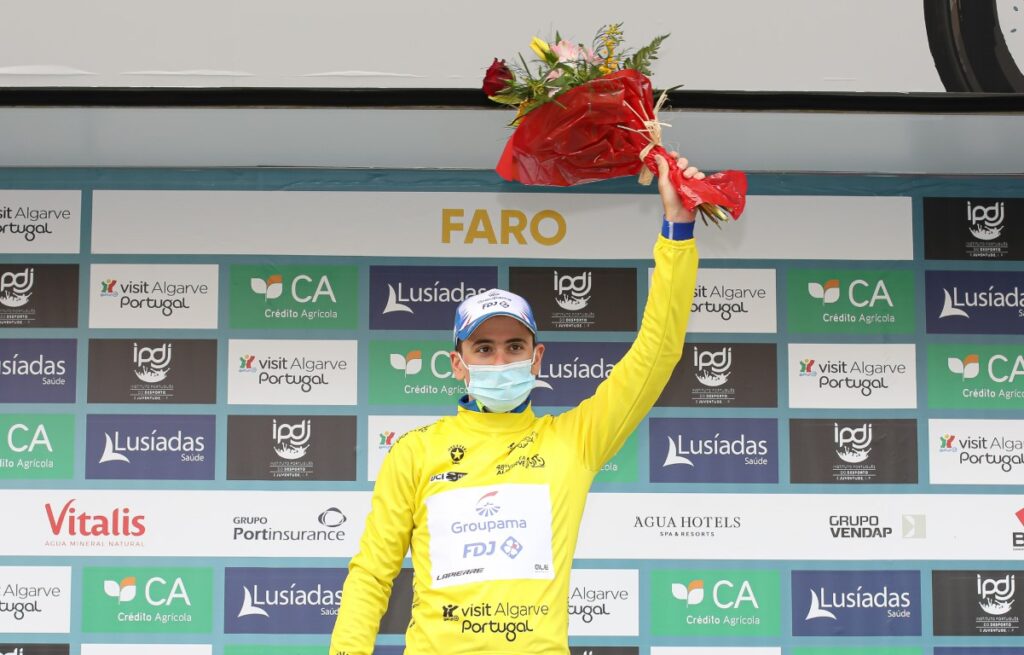 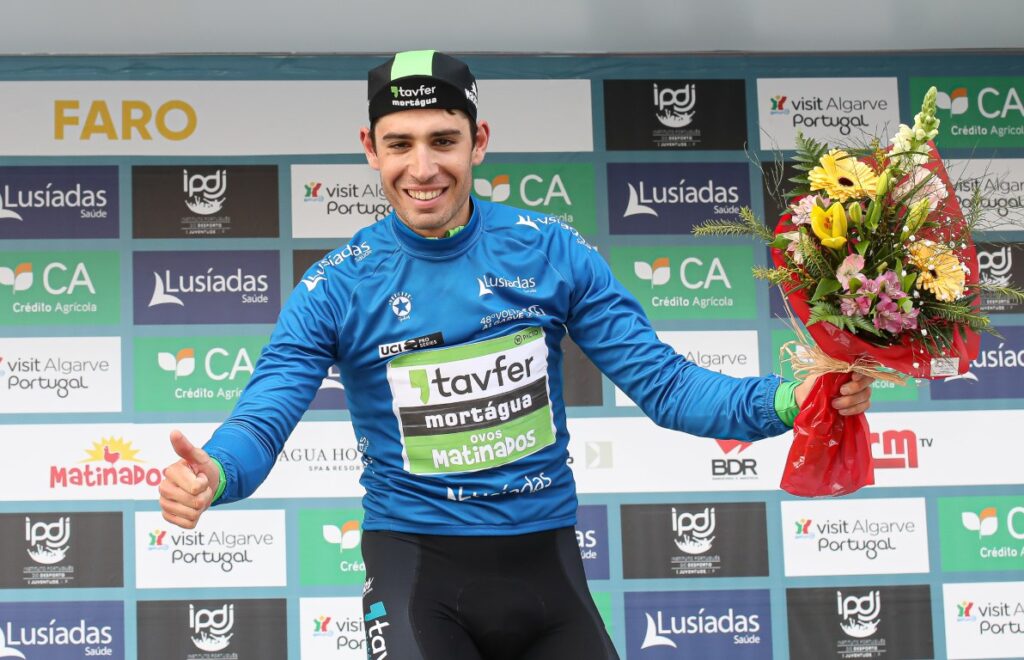 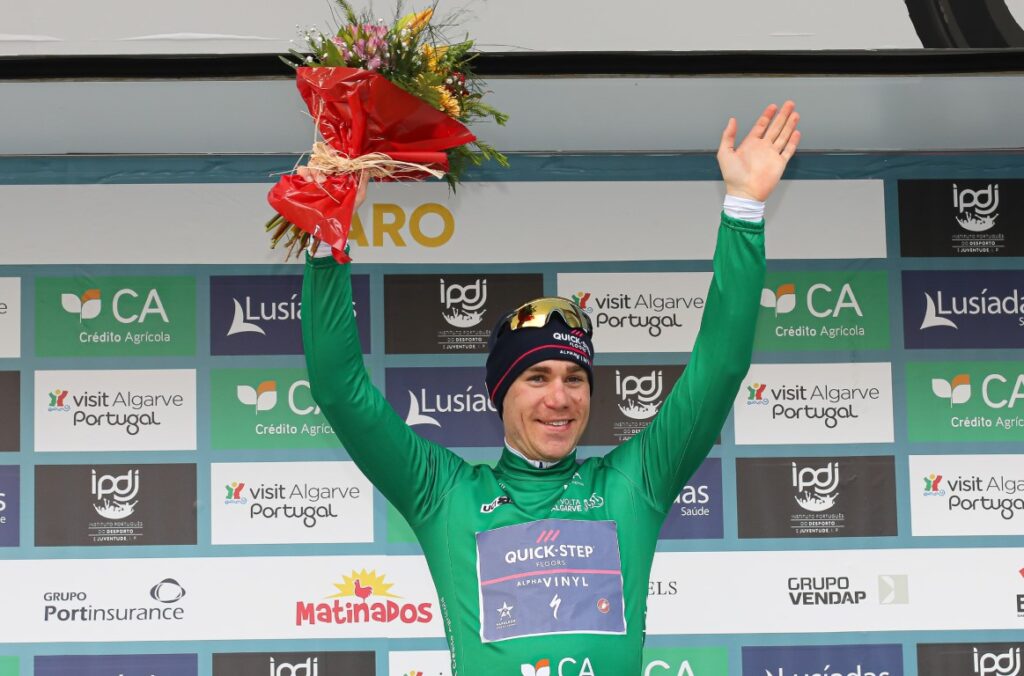 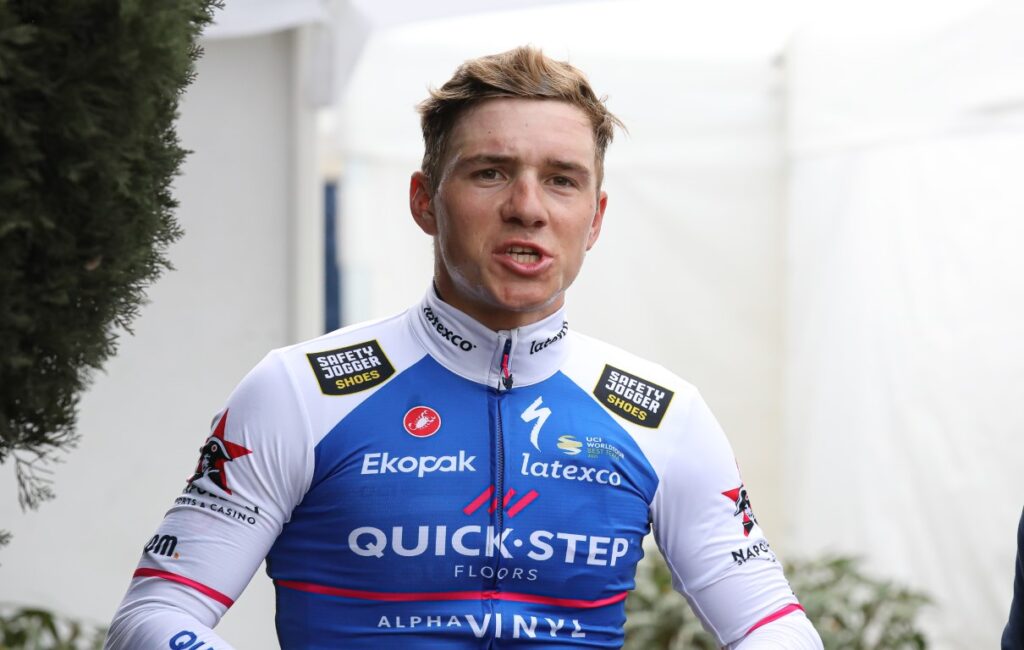 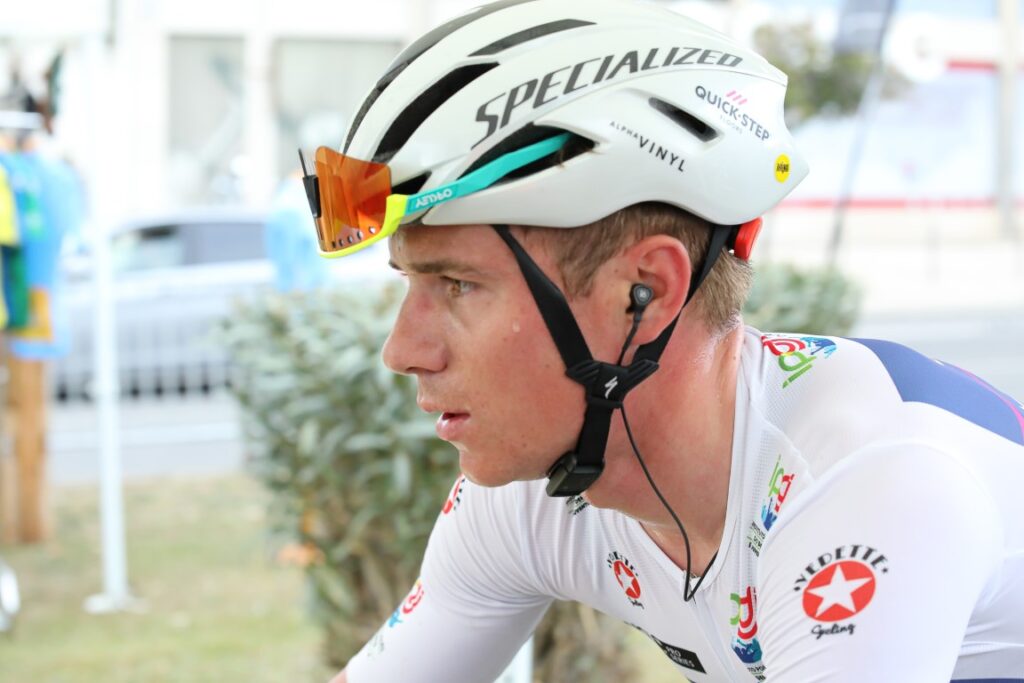 Updated at 18:58, adding photos and information to the text