Farense sailor João Pontes is the new champion… of Spain 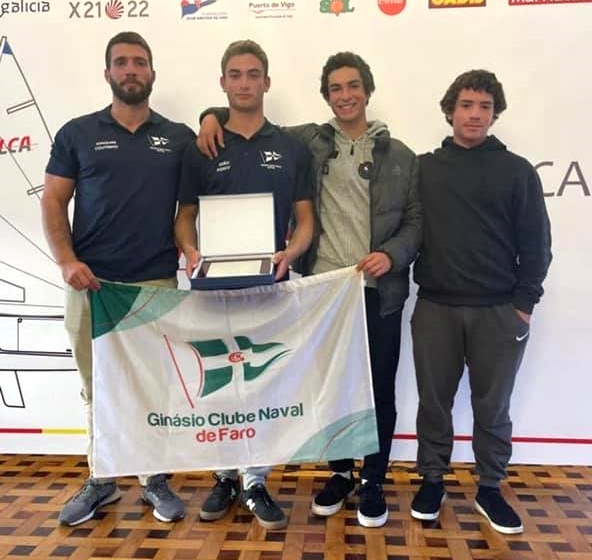 João Pontes, sailor at the Ginásio Clube de Faro, 16 years old, became champion of Spain under-19 and under-21 in the ILCA 6 class, in the «Queen Spanish competition» of the sport, which took place in Vigo between the 11th and 13th of February.

The Spanish Cup in Sailing brought together «Olympic sailors and world champions», with the young Faroese becoming famous «among more than 150 sailors, entitled to honors from the Spanish Government and highlighted in the Spanish press».

In addition to João Pontes, the GCNF was represented in this competition by Guilherme Cavaco and Miguel Sancho.

«Congratulations to our coach Joaquim Coutinho for leading and motivating these brave Portuguese people so well. Enormous pride in these kids and their families for their unconditional support», says Ginásio Clube Naval de Faro.