This year's program starts in the first days of April 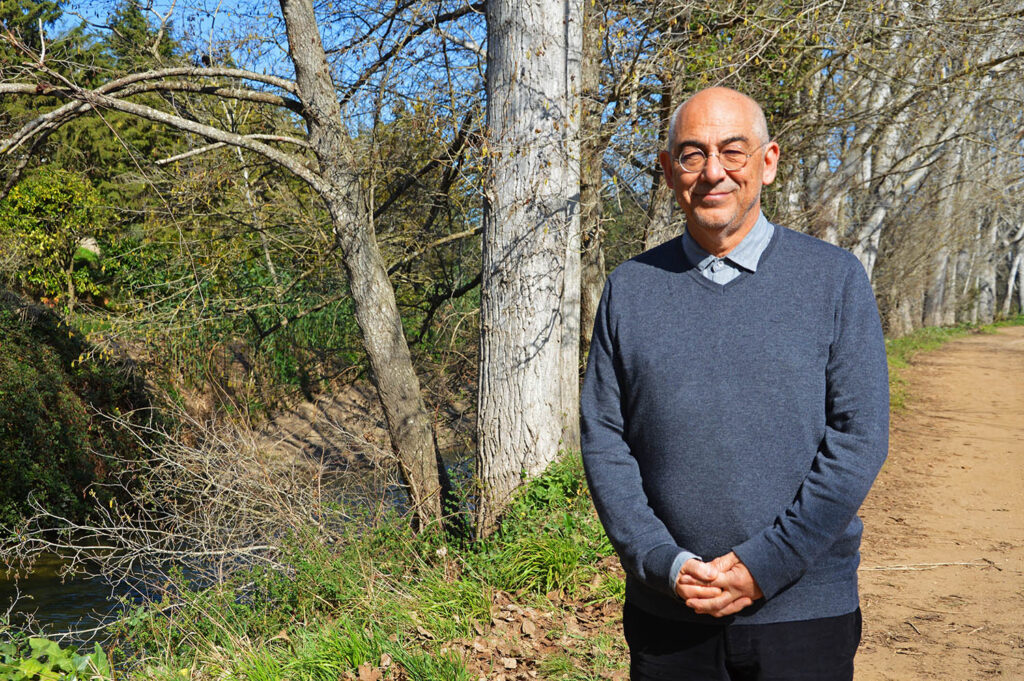 Do you know what a straw theater is? That's what he thought: a theater built with straw bales. And that's exactly what Lavrar o Mar's programming has to offer in this new season of 2022, closer to June.

Based on a design by the architect Pedro Quintela, an open-air space will be created on a plot of land in the Aljezur floodplain, built with «these true giant bricks that are the straw bales», revealed Giacomo Scalisi, director of the cultural cooperative Lavrar o Mar, in an interview with Sul Informação.

And so, for four weeks, between the 25th of June and the 17th of July, there will be shows of music, cinema, theatre, dance, “who knows a dance”, on four weekends. But the Teatro de Palha will be open during the week, and can be visited every day, not least because there will be an exhibition with the best photographs that João Mariano has taken, over the years, of the various shows of the till the sea (LoM).

The Teatro de Palha, as you can see in the drawing below, will include a stage, an audience, a wall for a movie screen, space for dressing rooms, an exhibition gallery, ticket office, bathrooms, in short, everything that is needed. in a theater.

The program is not yet closed, but Giacomo said that, for the cinema programming, he hopes to count on the collaboration of the Cineclubes of Faro and from Tavira. «I haven't done it yet, but I will contact them soon».

«We would love to have a partnership with them, always have a day during the weekend when there is cinema, then music. We have ideas for balls, to learn ballroom dancing, tango, waltz, etc».

Teatro de Palha «will be the great highlight in the Lavrar o Mar program here in Aljezur. Because it's a project we've been thinking about for a long time and now it's finally materialized», highlighted Giacomo Scalisi. 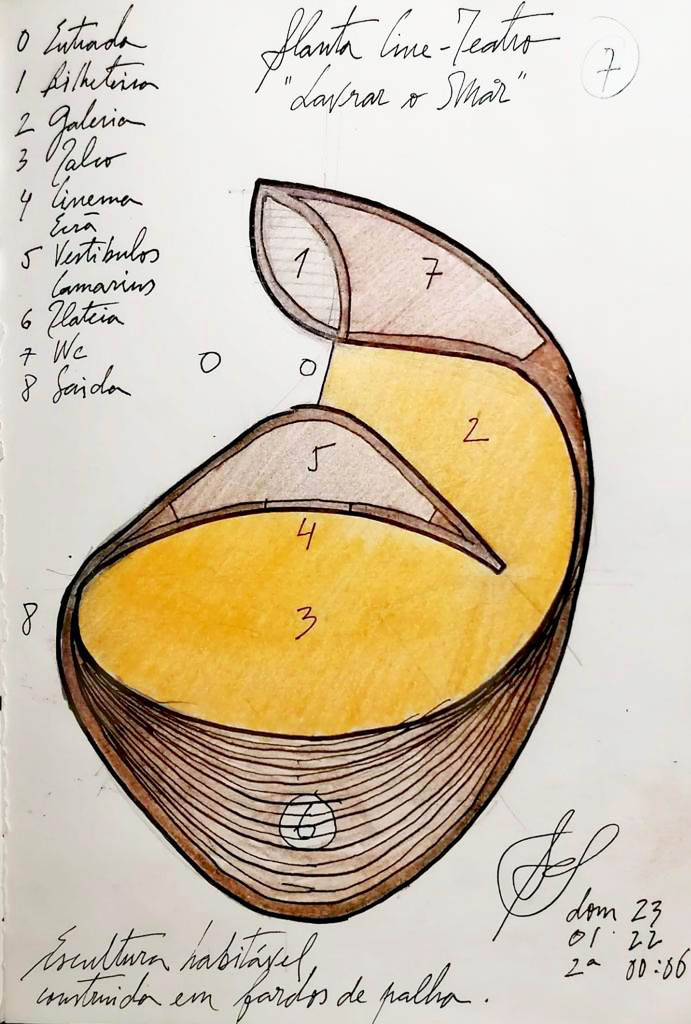 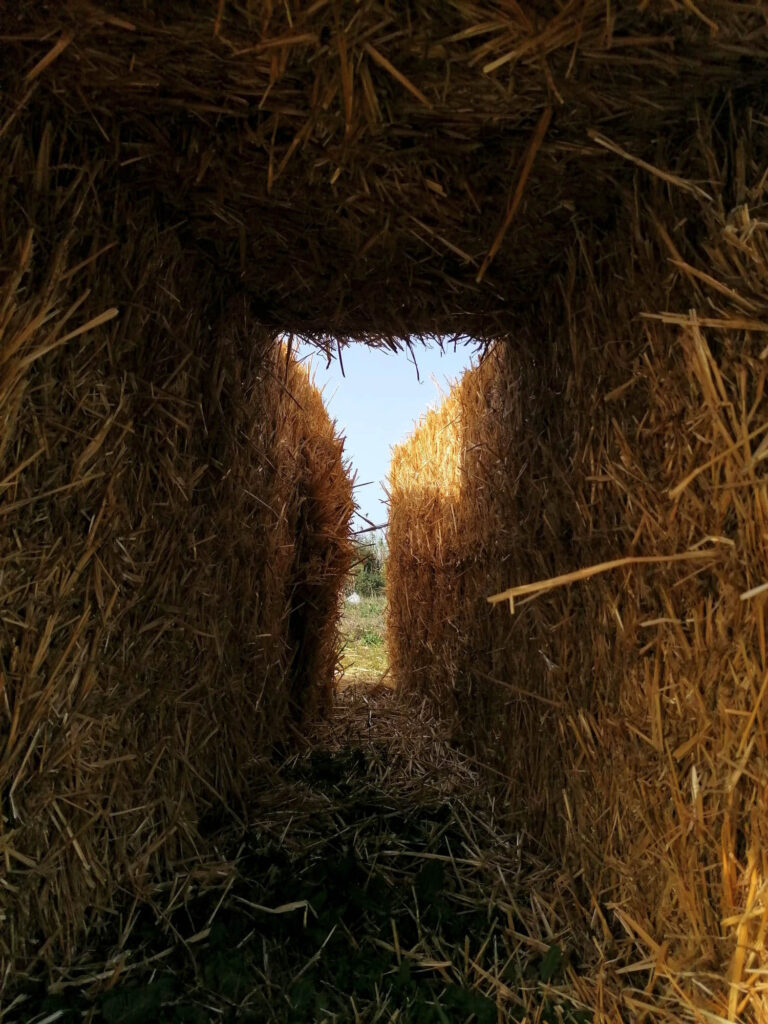 One of the problems Lavrar o Mar faces is the cut in funding. «From a financial point of view, Lavrar o Mar continues with the support of the Municipalities of Aljezur and Monchique, of DGARTES, which also finances this project and nothing else! Because 365Algarve, as we know, disappeared. In fact, if it ended, we don't know, because nobody told us anything. We are still waiting for someone to officially tell us that it no longer happens.. It's a shame, but the truth is that the Aljezur and Monchique councils are small, have tight budgets and can't give us more money. And DGARTES is a funding that comes from 2020 and this year it was extended due to this issue of the pandemic », he explained.

Because they didn't want to reduce the quality of the programming, they had to cut something: the number of shows. “We cannot have the same strength that programming had. We don't want to lower the level, there are projects that we would like to bring here, but they are very expensive and we can't bring them. But then, we invent things. Like this one by Teatro de Palha, which, deep down, is also an expensive project, but it has four weeks of programming. It's not a festival, it's an intense program marking the beginning of summer», added Giacomo. 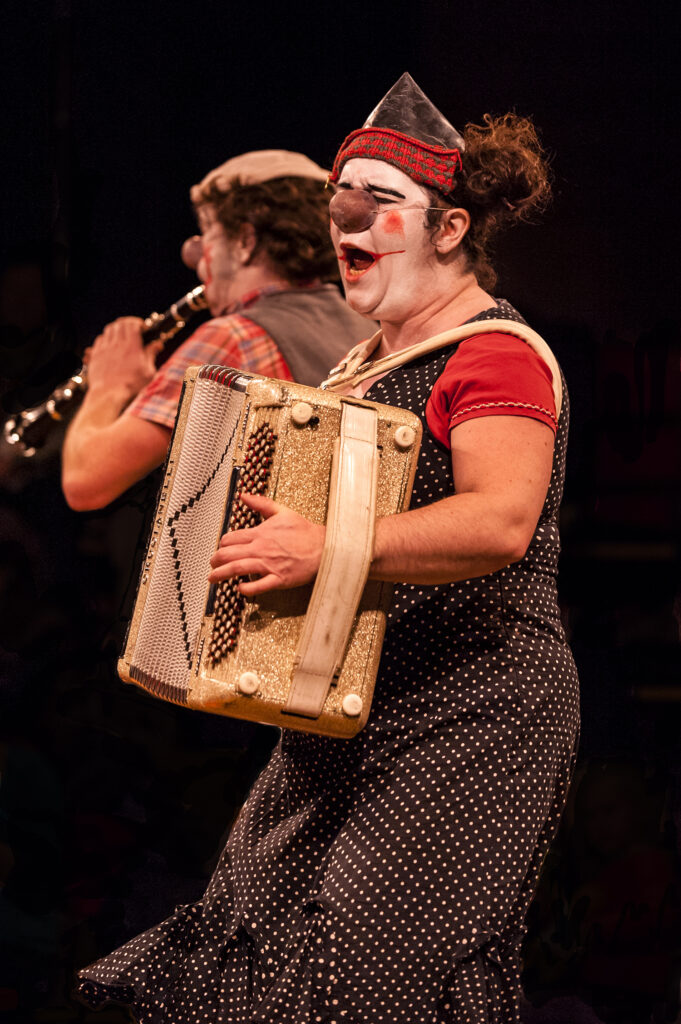 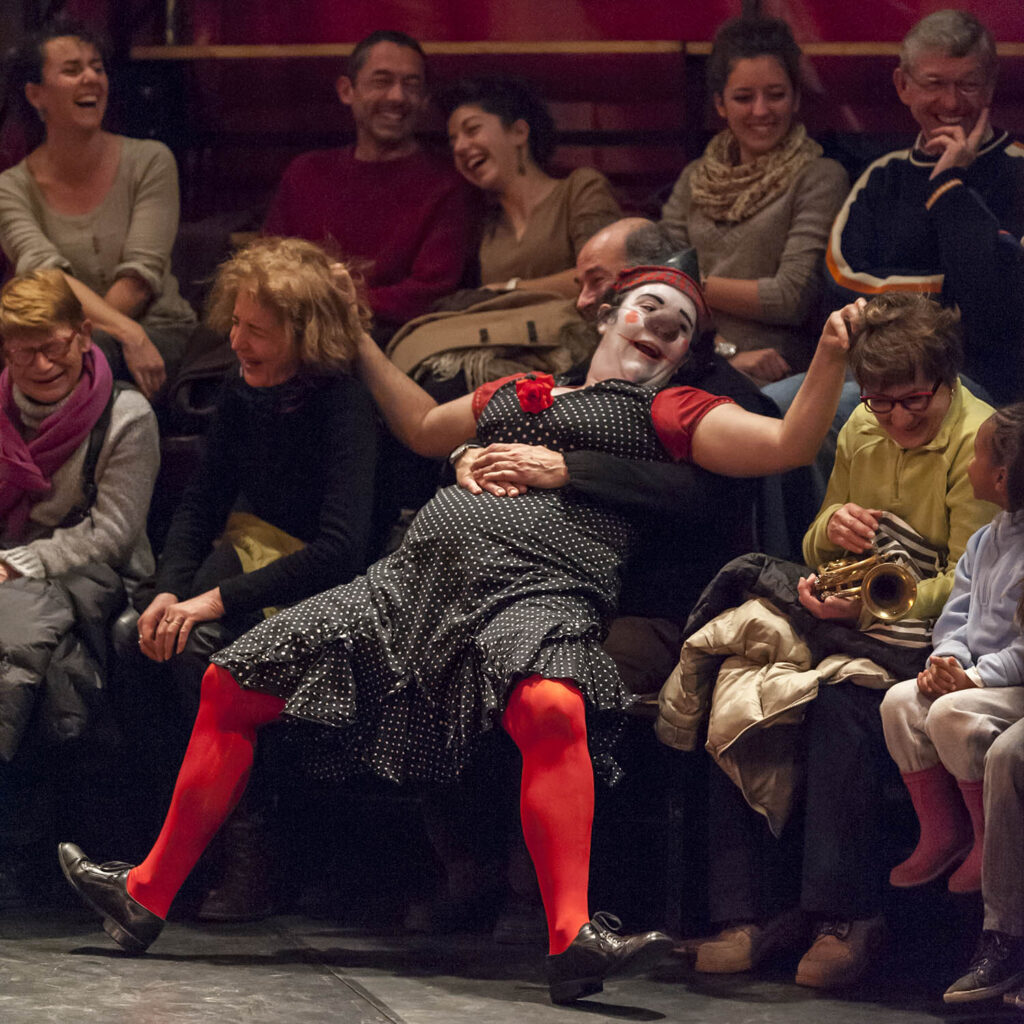 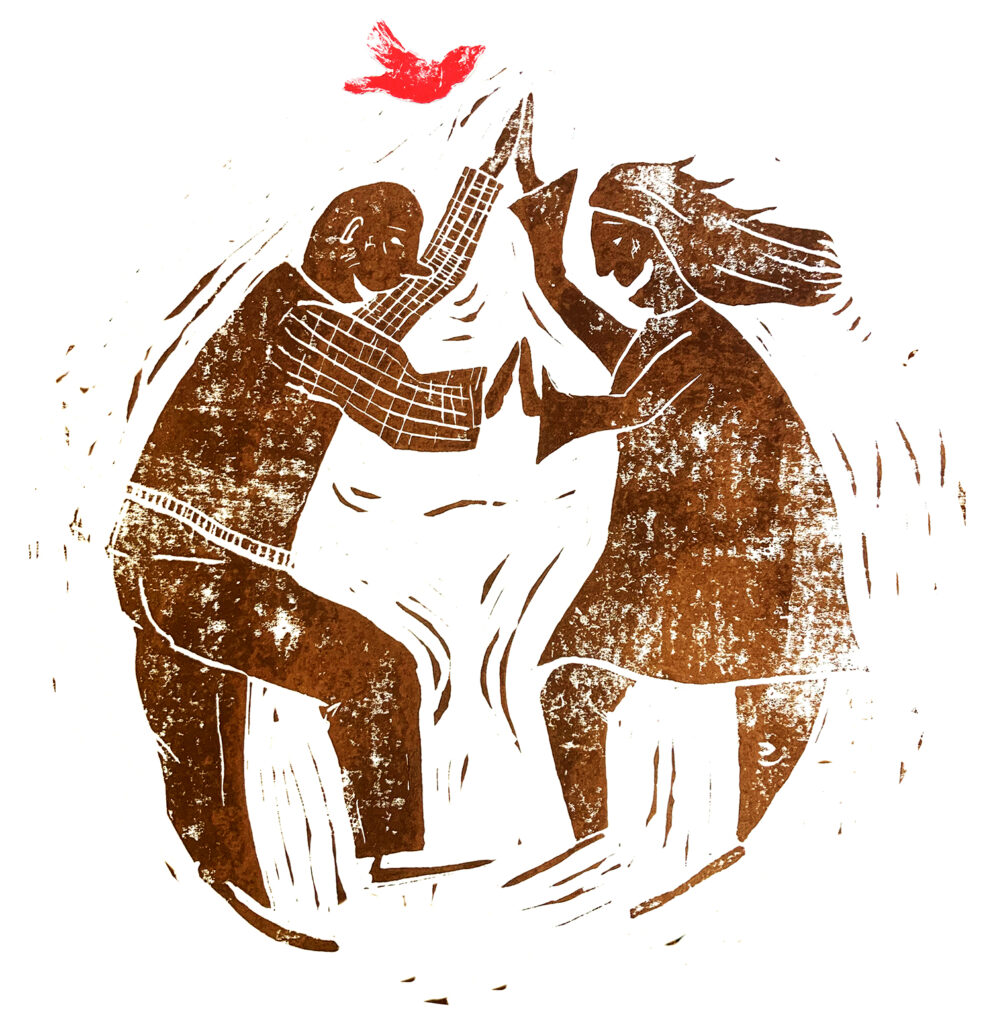 But do not think that the programming of the till the sea only starts in June, with this Teatro de Palha. It all starts in the first days of April, with Novo Circo, with the French company Attraction Céleste and their show «L'Empreinte» (A Pegada). On the 1st, 2nd and 3rd of April, at the Casa do Povo in Alferce, at a time yet to be defined, the clowns Bibeu and Humphrey, that is, the actor-musicians Servane Guittier and Antoine Manceau introduce new forms of theater, continuing the adventure of the track with new characters always equipped with their musical instruments.

«It is a real dive into the world of memory, but also of amnesia, which will be responsible for triggering adventures, incredible games between two characters. One of them forgets, is mistaken, looks for... the words between the two don't settle, the objects disappear, the events surpass them and, sometimes, they even forget their favorite melodies... it's as if the memory collapses like a fuse…», explains the production of LoM.

In May, between the 19th and 22nd, Aljezur will host the show «Work», which brings the company of choreographer Cláudio Stellato back to the Algarve and Lavrar o Mar, after having been here (in Monchique), in 2017, in a show at the old sawmill that involved wood, leaving no one indifferent.

This time, it brings theater, dance, new circus, mixing, in a strange DIY, nails, wood, paint, tools and everyday gestures that seem unimportant, revisited and transformed into a fantastic “do it yourself” workshop.

«As if following an assembly manual for a parallel universe, the characters/artifices work in a place where everyone has a role. They use precise gestures, the result of hours and hours of routine. Here, physical efforts are carried to exhaustion, which sometimes leads to an absurd result».

«We still don't have confirmation, but we want to do this show in an industrial space that has been abandoned for 30 years, but which has very good conditions for what we need», explains Giacomo Scalisi. 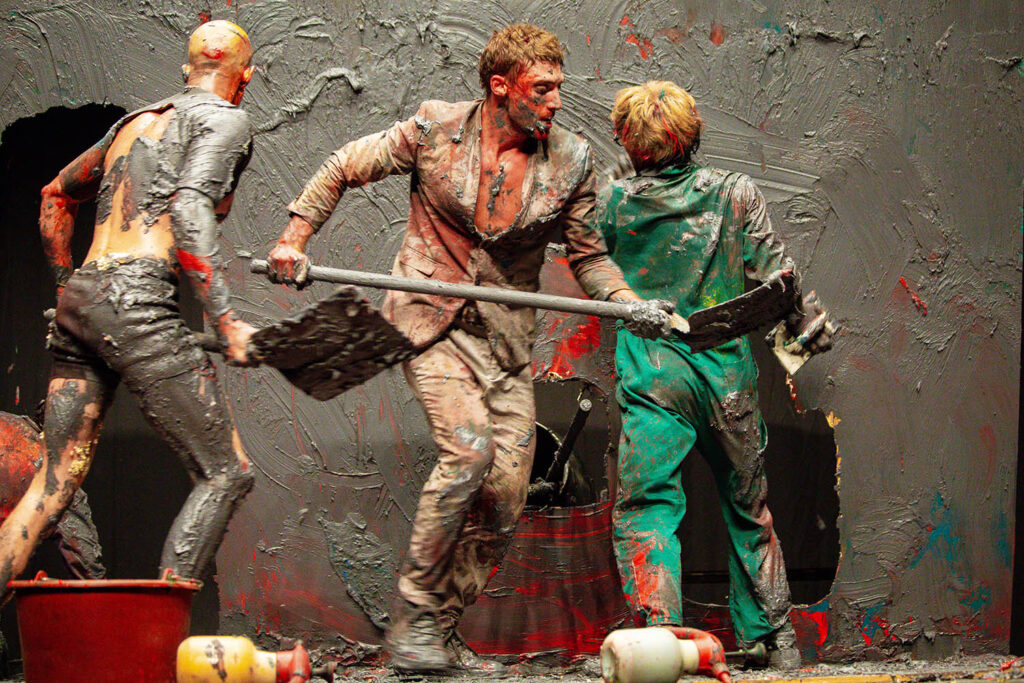 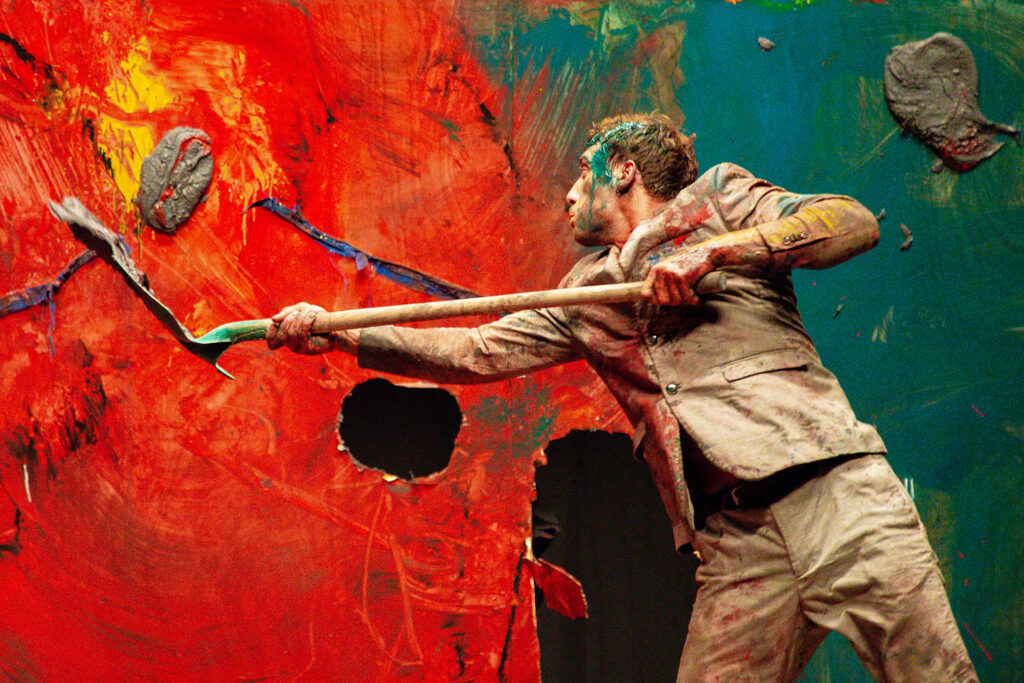 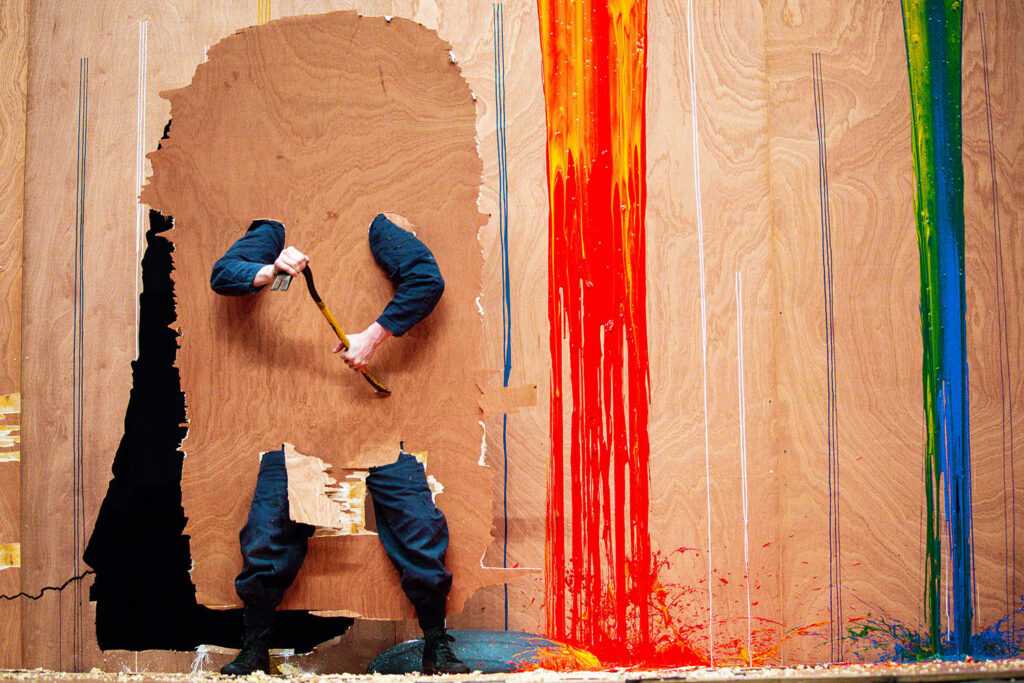 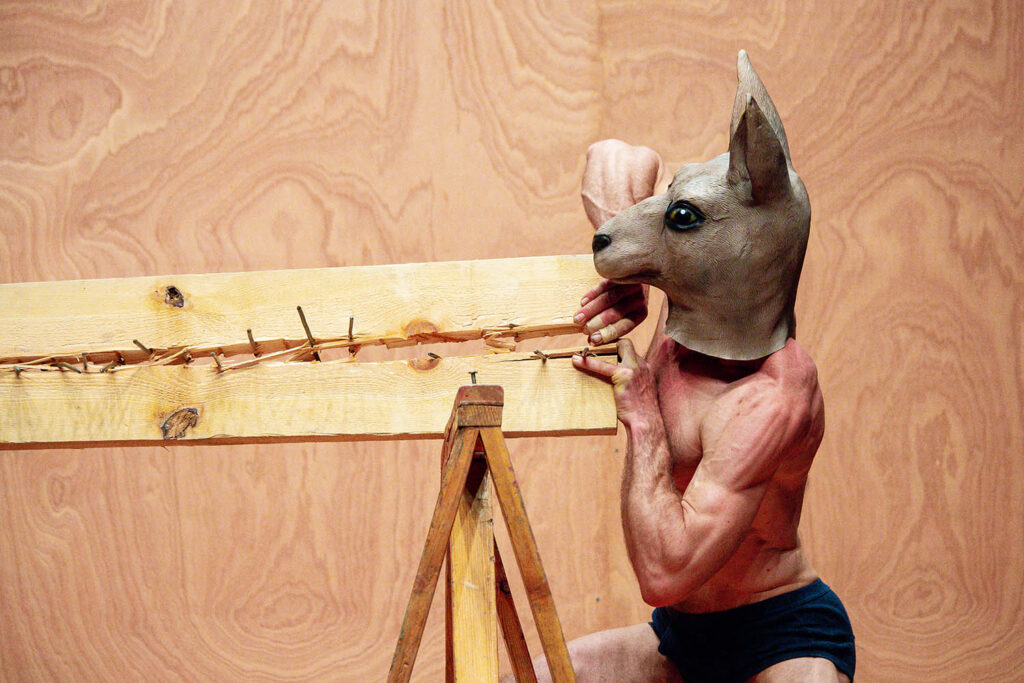 After a month and a half stop during the peak of summer, Lavrar o Mar will return in September, with the Caminhadas com Arte, which return to Monchique and Aljezur.

But the Belgian company Laika is also back. After debuting with «Peep & Eat», in 2016 (Aljezur), the Belgians returned with «Cantina», in 2018 (Monchique) and with «Balsam» (together with the collective Zefiro Torna), in November last year (Aljezur). Now, according to Giacomo Scalisi to the Sul Informação, will bring «the show for children “Soup'alapatate”: they will make potato soup in class and then the kids have to eat the soup».

According to the company Laika, it is a “current show, which deals with war and loss, hunger and the benefits of a good soup. A ministry has appointed a lady to show children that they can eat healthy while licking their lips. Her mission: making soup in the classroom ».

Then, towards the end of November, with chef Rosário Pinheiro, Giacomo will once again present “Comer com os Olhos”, but this time live.

“During the pandemic we made the online programs “Eating with your eyes”. This time, I hope that Covid lets us do this show about food live, with Rosário. It is the continuation of “Pasta e Basta”, in a new theatrical culinary adventure that we will try to present at the official time of the Sweet Potato Festival, end of November, beginning of December». 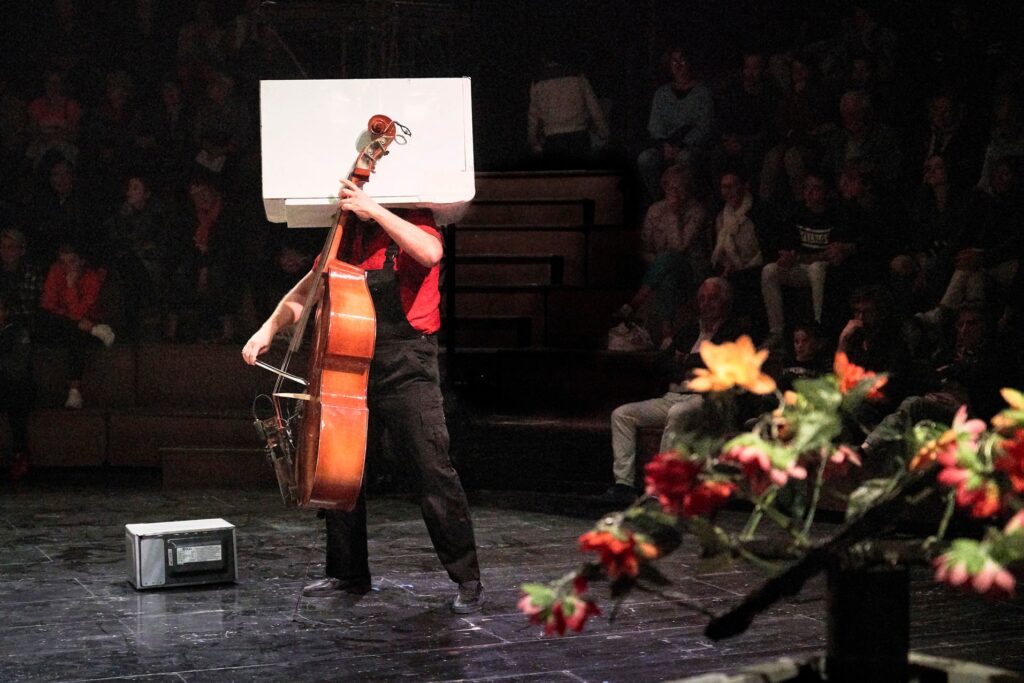 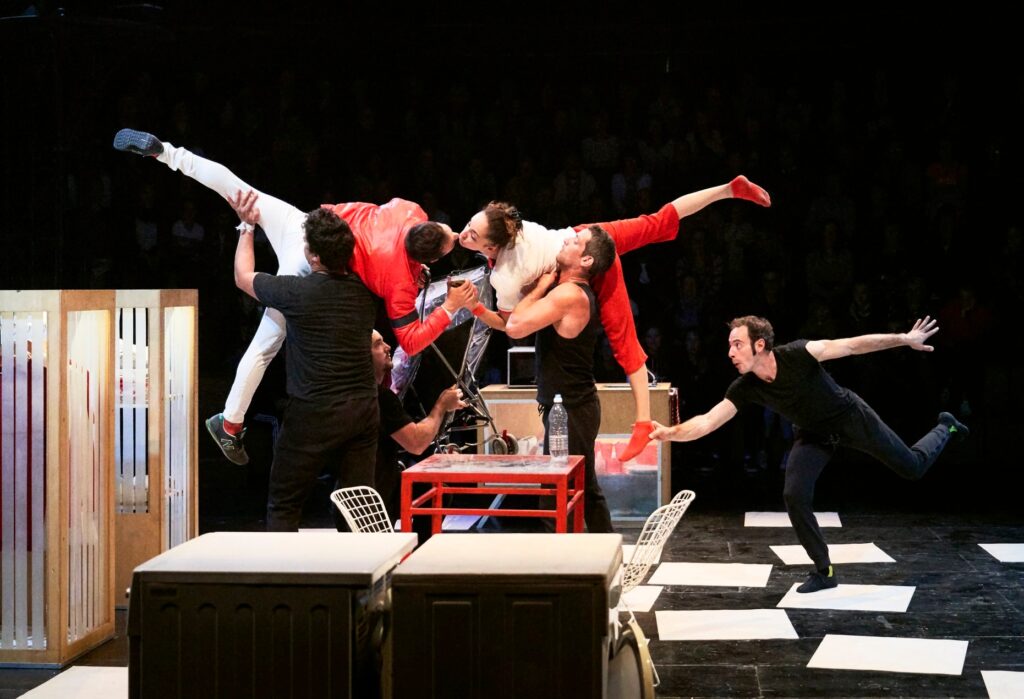 For the New Year – and, once again, if the pandemic allows… – the return of the “New Year, New Circus” is already confirmed. Monchique will once again receive the company of a new circus “Akoreacro”, who, in 2017, had already presented «Klaxon». This time it will be «Dans ton Coeur», a show about which the French newspaper Le Monde wrote; «inventive, fast, complete, musical, Dans Ton Coeur deserves the success it generates wherever it goes”. After the astonishment that was Klaxon, this new show promises a very different end of the year.

What about the Cirque Trottola show, which was supposed to be presented at the end of 2021, in Odemira and Monchique, but ended up being postponed due to Covid?

«We are trying to bring them here in February 2023, because they have a lot of shows, it is so difficult to have them. We waited two years for a date and then, when we got it, we had to cancel. But it seems that in February 2023 there is availability, in Odemira and then in Monchique». Let's wait, then.

As for the work of the LoM cooperative, it is certain that in 2022 there is much more to happen, and within days. Right next door, in Alentejo, the program «Lavrar o Mira e a Lagoa» takes place, involving the municipalities of Odemira and Santiago do Cacém. To know everything that will happen there, just click and read here.

The programation till the sea it is only possible thanks to funding from the Directorate-General for the Arts, Municipalities of Aljezur and Monchique, and also from the Compete 2020, Portugal 2020 and ERDF – European Regional Development Fund, Institut Français and French Embassy programs in Portugal.