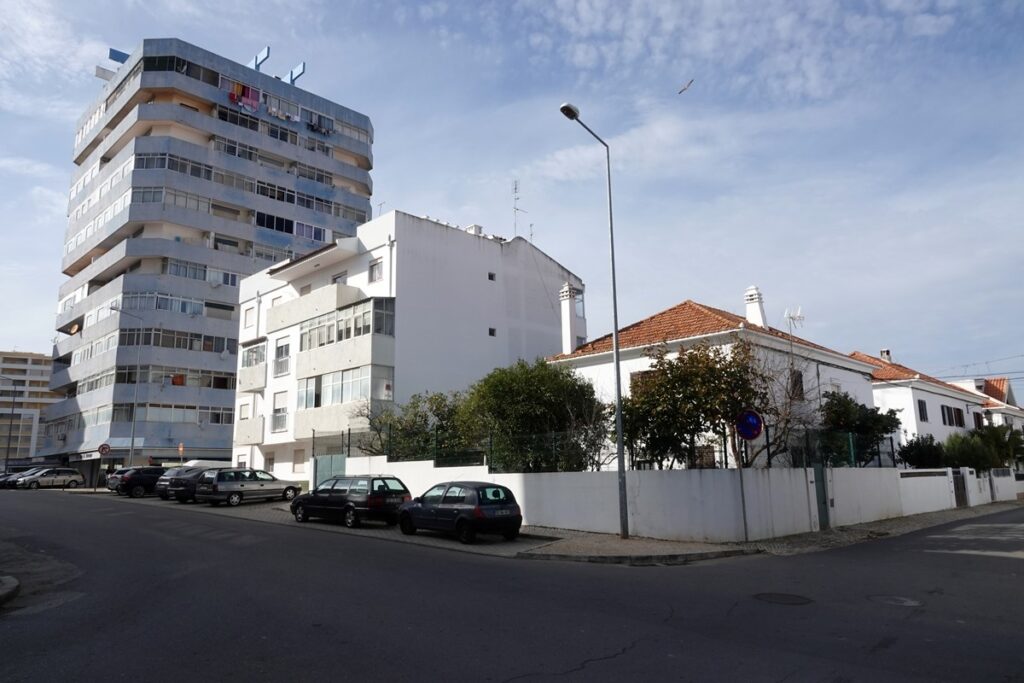 According to the Portimão City Council, this expansion aims to «regenerate and revitalize the intervention area through the rehabilitation of the buildings and the requalification of existing public spaces, thus improving the urban environment».

approved in Portimão Municipal Assembly of 23 July and published in the Diário da República – 2nd Series of 25 January, the new ARU integrates “a diverse set of public and private urban facilities for collective use”.

Among these facilities are the former Portimão Prison (future Portimão Hotel School), the Portimão Stadium, the buildings of EMARP – Municipal Water and Waste Company of Portimão and the Public Security Police, the Municipal Auditorium, the Children's Home, the Municipal Library and the Court.

Also included in this area are the Sports Pavilion of Portimão, the Tennis Club of Portimão and Praia da Rocha, the Jardim das Águas Livres, the Municipal Nursery, the Algarcine – Cinemas de Portimão, the headquarters of the Association of Blood Donors of the Western Algarve and the former Health Center.

In terms of private properties, the municipality of Portimão highlights «the single-family houses and multi-family housing buildings that border Avenida Miguel Bombarda to the south, the commonly known as “Gémeos”, “Conboio Parado” and the “Bairro Social”».

The new ARU of the Viveiro de Portimão has a time frame of three years, being in force until July 23, 2024, and will continue to the north of the ARU – Historic Center of Portimão, with which it articulates. 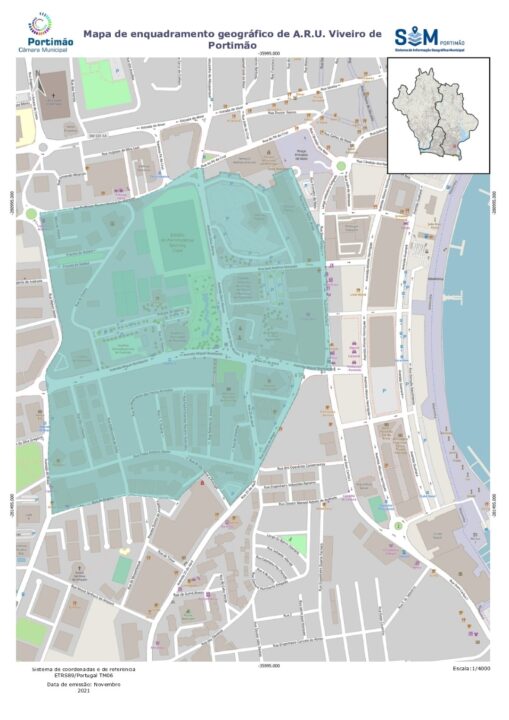 The City Council of Portimão intends, with the delimitation, to «promote the rehabilitation of the building stock and also, through a future intervention in the delimited area, (re)establish spatial, formal and functional connections between existing and future facilities, and the surrounding urban fabric. , the city and the territory, creating a space of reference and refocusing it on the urban fabric of the city».

This entire urban continuum should incorporate, «in a cohesive and coherent way», «currently existing and future urban functions, on a new structure strongly geared towards recreation and leisure, which simultaneously solves the great needs in terms of urban circulation facilities. and transport, conditioning the promotion of soft modes of transport and mobility'.

In the purposes to be pursued within the scope of future interventions, the municipality also intends to “respond to the new challenges that cities currently face, in reconciling attractiveness, competitiveness and urban sustainability”.

With the delimitation of the ARU do Viveiro, and in addition to the reduction of various taxes, including VAT and IRS, the municipality of Portimão «also defines a framework of tax benefits, namely those associated with heritage, such as IMI and IMT ».

It also defines “a special regime (total and partial exemption of 50%) in municipal fees to encourage urban planning operations, the object of rehabilitation operations for buildings and autonomous fractions to be developed in the covered area”.

Support and incentives will be granted "to interventions that cumulatively fall within the definitions of building rehabilitation and urban rehabilitation contained in the Legal Regime for Urban Rehabilitation, not applying to constructions to be built on empty lots or on lots resulting from complete demolition of preexistence'.

It will be up to the property owners to be responsible and take the preponderant initiative in the rehabilitation of the building, being able to count on the help of various tax benefits and financial instruments.

In this sense, the municipality “will continue to be an active and dynamic partner in this entire process, being available to the owners to provide technical support in order to raise awareness, clarify, inform, streamline and reduce bureaucracy in all procedures” to those who wish to invest in the conservation/rehabilitation of the buildings included in the ARU of the Viveiro de Portimão.

Interested parties may start the respective application process for support and tax benefits at the Balcão Único Municipal de Portimão or access the online applications, sending them later by email balcao.unico@cm-portimao.pt.

Additional information about the ARU do Viveiro or the ARU – Historic Center of Portimão is available at local authority website.