The most complete profile of the winds of Venus parallel to the equator on the night side sheds new evidence on the possible relationship between the runaway greenhouse effect in the atmosphere and the violence of the winds at the top of the cloud layer. 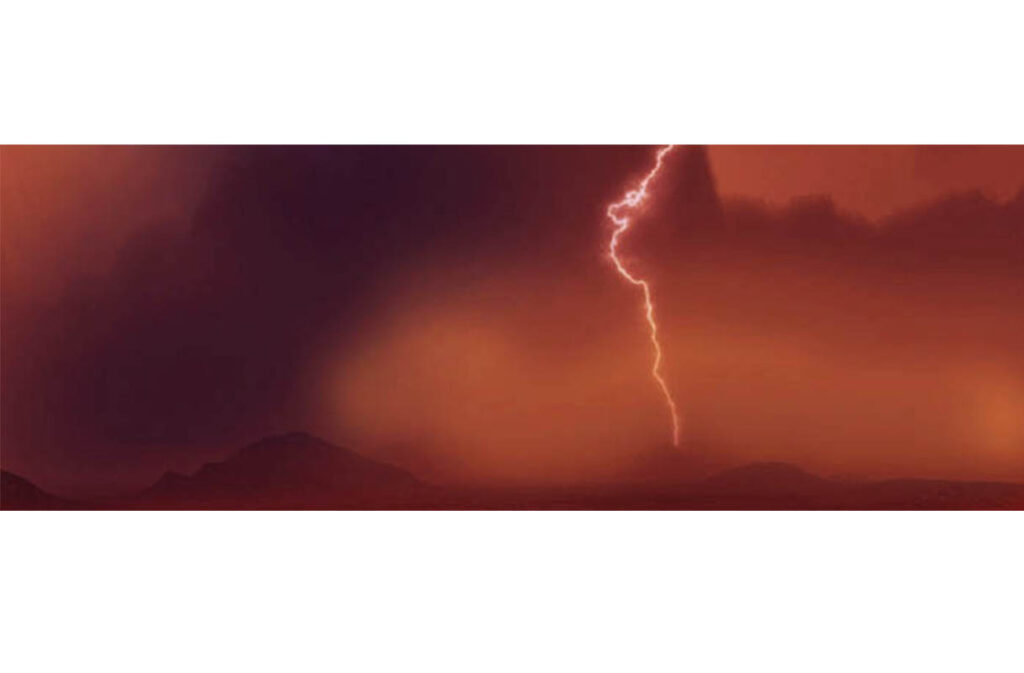 Despite being close to Earth and being about the same size, Venus is another world. Under the thick mantle of sulfuric acid clouds, 460 degrees Celsius reigns on the surface.

This temperature is maintained by the greenhouse effect of an atmosphere made mostly of carbon dioxide. Seventy kilometers further up, there is a permanent wind storm, the result of the so-called superrotation of Venus.

A team of researchers led by the Institute for Astrophysics and Space Sciences (IAstro) is getting closer and closer to explaining how these hellish features are interconnected.

A study published in the journal A, led by Pedro Machado, from IAstro and from the Faculty of Sciences of the University of Lisbon (Ciências ULisboa), presents the most detailed and complete set of measurements ever made, from an observatory on Earth, of wind speeds on Venus parallel to the equator and the altitude of the cloud base.

One of the results, unprecedented, was the simultaneous measurement of wind speeds at two altitudes 20 kilometers apart. The team found a difference in wind speed of about 150 kilometers per hour faster at the tops of the clouds, which offers clues to how the transfer of heat energy from the lower layers takes place on Venus to fuel the mysterious superrotation of the atmosphere.

“The winds are accelerating as we go up in altitude, but we still don't know why”, says Pedro Machado. “This study sheds a lot of light on this, because for the first time we were able to study the vertical component of the wind, that is, how energy is transported from the lower layers, which are warmer, to the top of the clouds, and which will lead to the acceleration of the winds”.

The temperature near the ground reaches 460 degrees Celsius and produces infrared radiation (called thermal emission), which heats the air and makes it rise. This radiation passes through the more transparent areas of the cloud base, at about 48 kilometers altitude. When Venus is viewed in the infrared, you see this radiating heat from the surface and cloud silhouettes, opaque and dark.

By observing and tracking the clouds hourly, and using a tracking technique perfected by Javier Peralta, co-author of this study, the researchers indirectly calculated the wind speed that propels these clouds. The speed is around 216 kilometers per hour at cloud bases and at mid-latitudes, halving closer to the poles.

This work was carried out almost from pole to pole on the night side, retrieving images that the team captured in the infrared with the Nazionale Galileo Telescope (TNG) in La Palma, Canary Islands, between 11 and 13 July 2012.

On those same days and in a coordinated manner, the probe Venus Express, from the European Space Agency (ESA), then orbiting the planet, observed in visible light, providing images of cloud tops some 20 kilometers higher, at 70 kilometers altitude.

Also following these clouds, the researchers obtained speeds of the order of 360 kilometers per hour. Other studies, and computer simulations, indicate that the wind speed at the base of the clouds is almost constant, with no significant variations between day and night. The team was thus able to assume that the velocity they obtained for the night also applied to the lower layers of the atmosphere on the dayside.

Thus, for the first time, measurements of the difference between the wind speed at two altitudes were obtained from simultaneous observations, concluding that, on the day side and in just 20 kilometers vertically, there is an increase of about 150 kilometers per hour at wind speed parallel to the equator. Surface heat could be the engine that sustains these cyclonic wind speeds at the top of the clouds.

The precision of the data obtained with telescopes on Earth is comparable to that of the infrared cameras of space probes, thanks to a method brought to this study by Javier Peralta.

“We used the same method of geographical referencing of the images obtained by the space probes, which was developed by NASA, and complemented by the European Space Agency”, explains Pedro Machado. "It's as if the telescope here on the ground is a spaceship."

With the success of this approach, the team will now expand the search for the vertical component of the winds with new ground observations coordinated with the spacecraft currently orbiting Venus, Akatsuki, from the Japanese space agency JAXA.

This study demonstrates that observations made from Earth complement the data being collected at the same time by missions in space. Despite the lower spatial resolution, due to the distance at which our planet is, it is generally possible to have a global view of Venus, which probes on the spot, due to their orbits, are not always able to have.

The next ESA mission dedicated to Venus is being planned, the EnVision. You will study the surface of the planet and try to know its past. Portugal is involved in the mission, and Pedro Machado leads the Portuguese consortium, in addition to being the co-investigator responsible for one of the instruments, an infrared spectrograph.

The experience of IAstro and the Portuguese researchers in understanding the dynamics of the atmosphere of Venus will help to choose the wavelengths of light in which the mission EnVision will observe, as well as the most relevant layers of the atmosphere from a scientific point of view, thus contributing to the design and planning of the mission and its instruments.

It is also expected that national participation will be able to bring Portuguese industry on board in yet another ESA international project, with the prospect of support from the Portuguese Space Agency, Portugal Space.