The despair of the Lagoa Chamber after Remechido's attacks on Algoz and Alte, 185 years ago

In February 1837, panic and terror came to the door of the Algarve 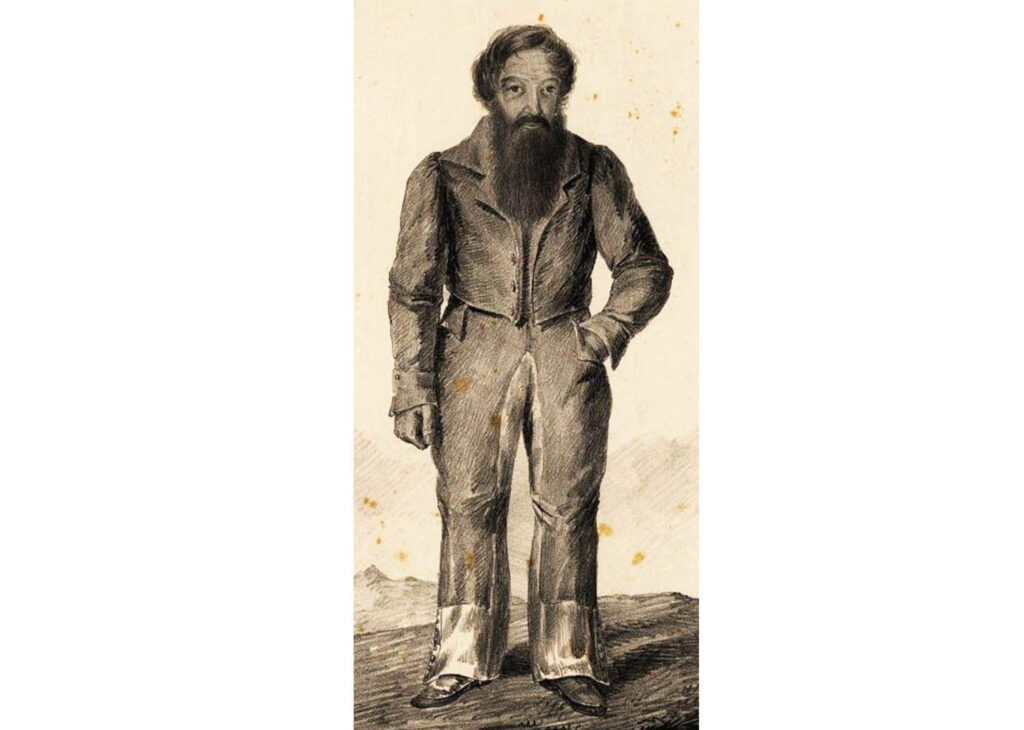 In February 1837, the Algarve was in a state of fire. The Liberals' victory in the civil war in 1834 had not brought tranquility to the region.

It should be remembered that, at that time in the XNUMXth century, the Portuguese were divided in support of the brothers: D. Pedro, the eldest, adept of liberal ideals, based on the separation of powers (judicial, executive and deliberative) and on a Constitution; and D. Miguel, who defended the continuation of the traditional monarchy, where the king held practically absolute power.

After a very tumultuous and eventful decade of the 1820s, beginning with the military pronouncement from Porto, which we have already mentioned, without forgetting the elaboration of the first Constitution (1822), its suspension (1823), the attribution of the Constitutional Charter (1826), by D. Pedro, with abdication of the Portuguese throne in favor of his daughter D. Maria II (D. Pedro promoted the independence of Brazil in 1822, of which he was emperor) and finally the usurpation of the throne by D. Miguel (1828).

This last event fueled the civil war, with dramatic consequences in the country and in the Algarve, in particular, where the attacks of the absolutists, Remechido to Albufeira e Camacho to Loulé, constituted the maximum exponent of terror, as we have already mentioned.

However, the end of hostilities on the 26th of May 1834, with the victory of D. Pedro, did not calm the mood in the Algarve. If it is true that until the summer of 1836 there was relative peace, although more apparent than real, with the reappearance of the Remechido guerrillas, in the summer of 1836 everything came to a head. The attacks on several villages in the following months led the municipalities to reiterate, consecutively, the request for help to Queen D. Maria II and her government. 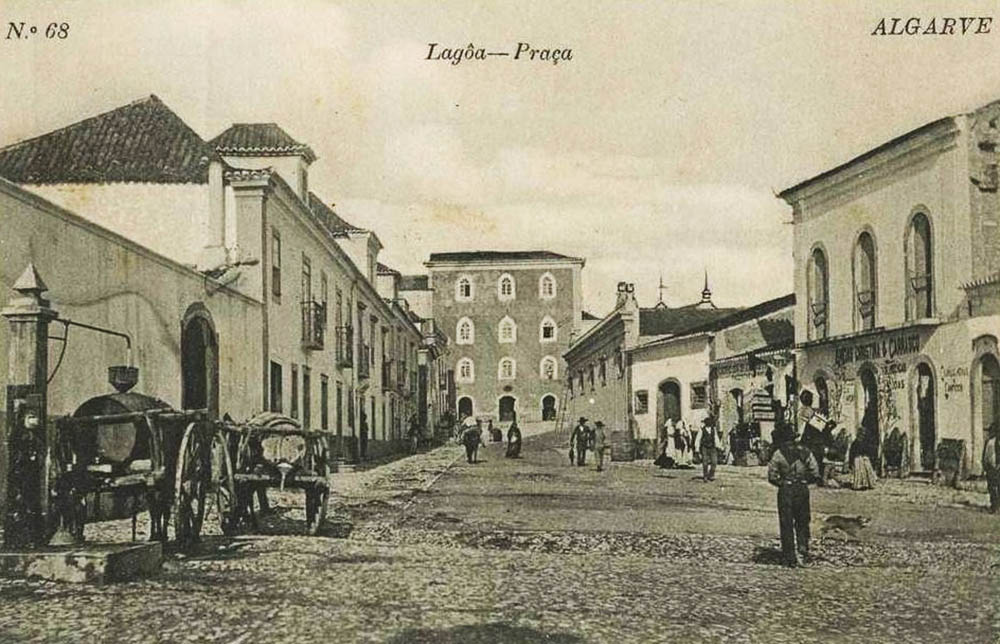 One of these requests came from the Municipality of Lagoa, on February 18, 1837. The municipality referred that its claim was "moved by the country's instant need and would fail in its Duties, if it were a mute spectator of so many misfortunes", recalling the various missives sent by their counterparts in the Algarve, who «complain, and rightly so, and they should not be wronged by not believing them».

After all, if these requests continued to be ignored, «we will certainly be victims of Your Majesty's most bloodthirsty enemy, and of your faithful subjects», obviously referring to José Joaquim de Sousa Reis – Remechido.

He added: “Madam! It has been said that the Remechido lives at the bottom of ravines, that he flees and disperses, he only feels those who pursue him, and that the small towns close to the Serra are the ones who increase the dangers of the guerrillas with their fear». And he warned, «the truth is that Remechido goes with impunity, wherever he wants, that his hordes have just recently penetrated Algoz, the central point of the Algarve, and slowly everywhere, murdering those few defenders of freedom; the truth is that only in Lagos and Faro the citizen can be said to be safe, and that in most parts of the whole Province there is no individual security».

The letter from the Câmara de Lagoa also explained: «the truth is that those from Silves have found themselves needing to repair the walls, which, built by the Moors, centuries had already prostrate, and that no village is free from being invaded, and that no they are the small ones in the mountains, whose inhabitants are in general the same men from Remechido, but the large ones who fear him».

He criticized those who despised the panic experienced in the Algarve: «the fear that the Algarve has is the same as that of any others who lived here, it is the same that those who censure, for being far from danger, would have».

After all, there was “a band of thieves, which has increased in large numbers, thirsty for Liberal blood, who attack a village garrisoned with troops and defeat it”. Criminals who sometimes appeared murdering in São Martinho, or in the vicinity of Lagoa, stealing uniforms, hampering the transit to the Alentejo, intercepting the mail, stealing the cattle of the inhabitants of the central Algarve, to which he concluded: «may be an object that is not should he fear who is exposed to his wrath?”.

Although he recognized that the government forces were making sorties to the mountains, it was “must confess that not the slightest trace of improvement was seen from them. The troops appear like lightning, and the night redoubles with darkness when it ceases. It is after these sorties, that their moral and physical strength has increased, the certainty of the futility of the attempts makes them more daring». 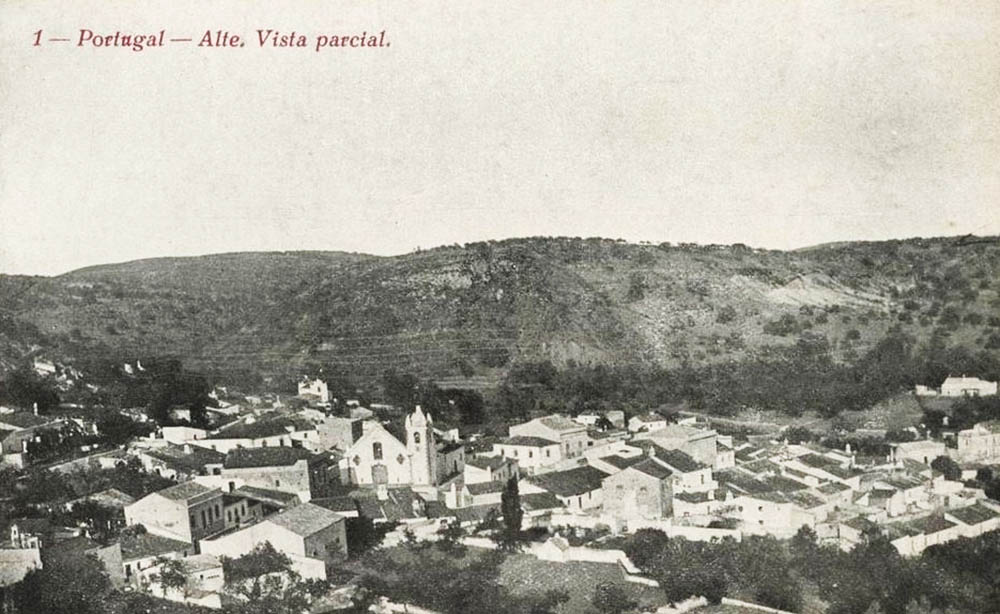 Audacity that led the guerrillas to act at any time of the day, imposing heavy tributes, paid immediately or later, as happened in Alte. The village had been attacked days before, on February 13, at 10 am, in broad daylight, with Remechido commanding the attack, together with his guerrilla, composed, among others, by a major and twenty horses, and right there they imposed a “contribution in bread, flour and money, and those who did not have to pay immediately were expected for seventeen days”.

In their letter to the queen, the Lagos authorities recognized that «a large part of the population, especially the common people, are united in spirit and feelings to the guerrilla», questioning: «united, who can contain them?».

For all this, they justified the fear they lived, warning "that if there is no remedy, the evil will grow, and we will have the Civil War ignited in the Algarve, and again in this ill-fated province the Horrors of 1833 will be represented, this is how they began ! Madam, there is a State in the State”.

The dramatic appeal of the Lagos authorities was not the first and would not be the last either. During those days, distressing appeals from the Chambers of Vila Real de Santo António, Portimão or Silves went to the capital of the kingdom.

It is true that the government did not stop taking measures in those days, such as, on March 4, the suspension of guarantees in the Algarve and Alentejo. However, this did not prevent the guerrillas from continuing their activity with success and impunity in the long and painful months that followed.

Remechido was only captured on 28 July 1838 and sentenced to death four days later. But the insecurity did not end, it was only at the end of 1844 that the bands that impregnated the mountains dissipated. But for now, in February 1837, panic and terror were on the doorstep of the Algarve.

Author Aurélio Nuno Cabrita is an environmental engineer and researcher of local and regional history, as well as a regular collaborator of the Sul Informação.

Note: In the transcripts, the spelling has been updated.