Tests in schools: Only 1,79% of teachers and non-teachers tested positive for Covid-19

Nearly 2.700 positive cases were detected in the approximately 5.400 education and teaching establishments from north to south of the country 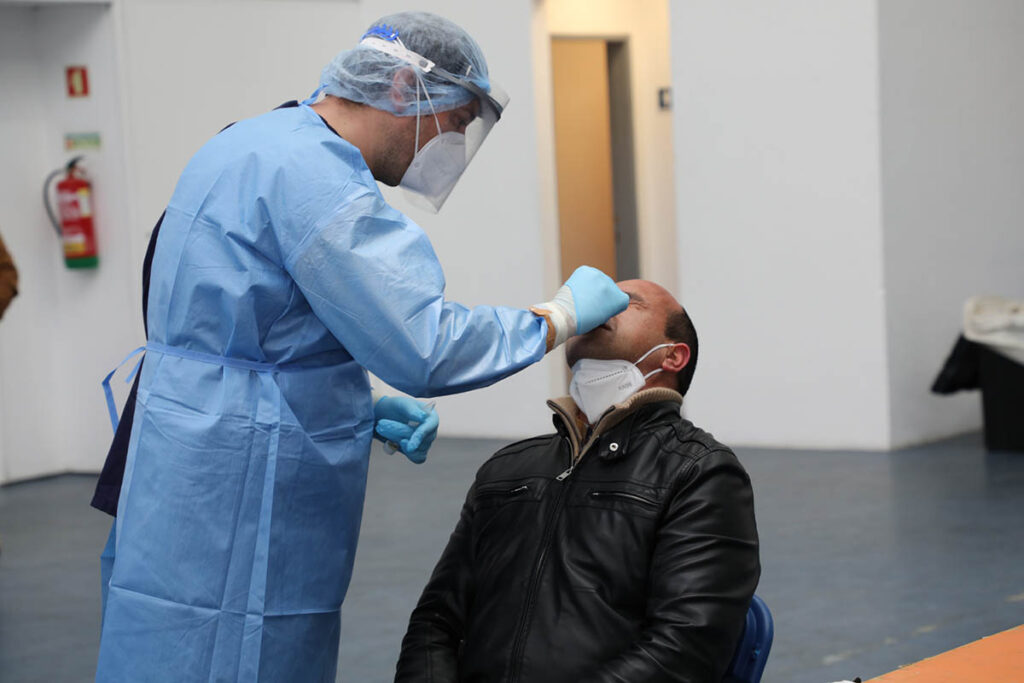 The screening of covid-19 in teaching and non-teaching staff at the start of the second period of this school year recorded a positivity rate of 1,79%, after more than 150 tests were carried out, the Ministry of Education reported today.

“This scan determined by the national health authority for professionals from the school community, which the Directorate-General for School Establishments operated, revealed a positivity rate of 1,79%, corresponding to close to 2.700 positive cases in the approximately 5.400 education establishments. and teaching from north to south of the country”, announced the Ministry of Education in a statement.

The document adds that the 150 tests are “a lower number than the first period (about 180) and in relation to the total universe (about 220), given that the DGS standards in force advise against testing to anyone who has been infected in the last 180 days”.

The ministry says that in the coming days, spot tests will still be carried out in a very small set of schools, “which could not occur due to limitations of the testing teams in the laboratories, naturally also facing isolation situations, as well as the resulting level of requests. of the number of cases registered daily across the country”.

“This optional screening is independent of the tests carried out 'due to investigation of cases, contacts and/or outbreaks in the school community', as referred to by the DGS standard, as well as the four monthly tests that each citizen can perform, free of charge. , in pharmacies or laboratories across the country,” the Ministry said in a statement.

Covid-19 has caused 5.593.747 deaths worldwide since the beginning of the pandemic, according to the latest report by the Agence France-Presse.

In Portugal, since March 2020, 19.613 people have died and 2.254.583 cases of infection have been recorded, according to the latest update from the Directorate-General for Health.

The respiratory disease is caused by the SARS-CoV-2 coronavirus, detected in late 2019 in Wuhan, a city in central China.

The new variant Ómicron, classified as worrying and very contagious by the World Health Organization (WHO), was detected in Southern Africa and, since the South African health authorities gave the alert in November, it has become dominant in several countries, including in Portugal.