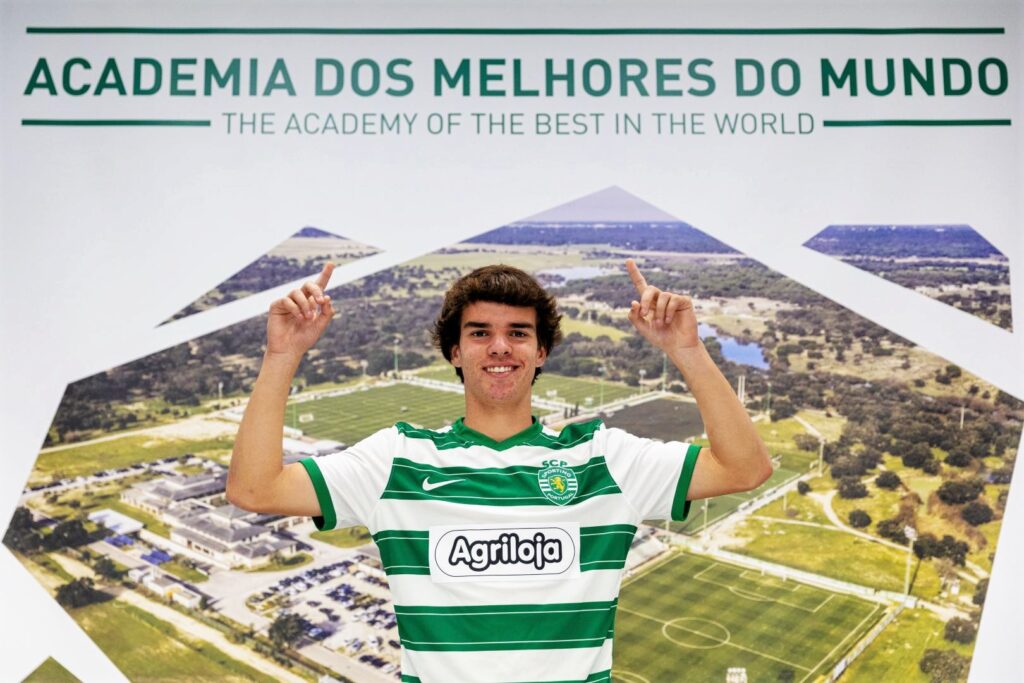 The Algarve man Manuel Mendonça, 16 years old and born in Loulé, signed a professional contract with Sporting, a club he has represented at the youth level since 2017.

Manuel Mendonça is currently the captain of the lions' under-17 team and has had a great season. So far, he has scored 7 goals in 15 games.

The young midfielder said, in statements to Sporting TV, that signing a professional contract with Alvalade's team was "something he's been aiming for for a long time."

“It's a feeling of pride. It became possible and and now I want to continue working to achieve new goals. Sporting CP has always shown me that everything counts, whether in training players or men too», he added.

The young man also confessed to having "two" "stronger" references in the current squad of lions: Matheus Nunes and João Palhinha.