Committee of the Regions: Isilda Gomes defends diversification in tourist regions and measures to combat drought 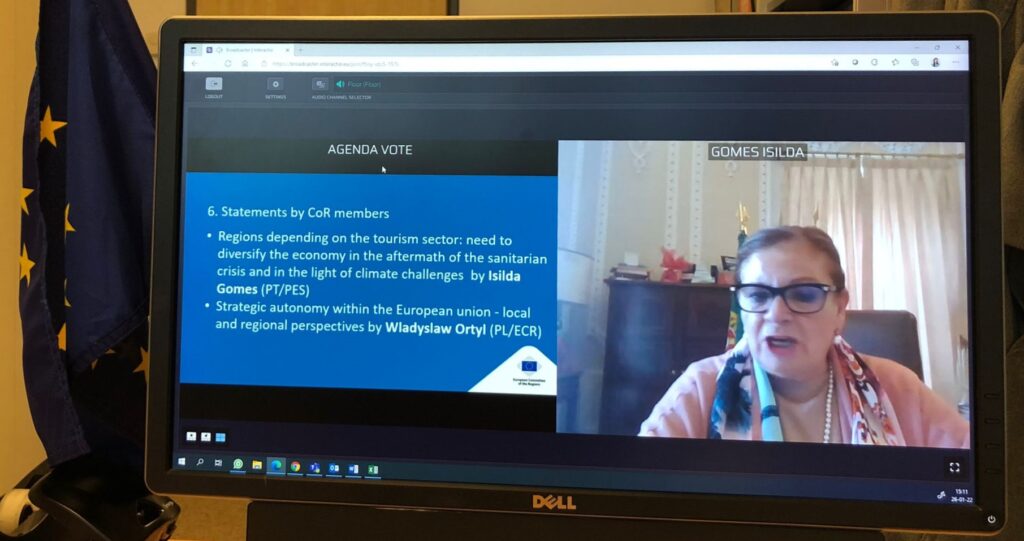 Isilda Gomes, an effective member of the Delegation of Portugal to the Committee of the Regions (CoR) of the European Union, was yesterday elected by the Plenary of this body, a member of the “Bureau” of the CdR, whose main mission is to coordinate the political management of this consultative body of the main European institutions.

With this election, the Algarve has an active voice in an important and restricted forum for intervention and political influence at the European Union level.

In fact, the mayor of Portimão participated in a dynamic way in the agenda of the 148th plenary meeting of the Committee of the Regions of the European Union, which took place online between 27 and 28 January, having even made an intervention on the issue of diversification of the tourism sector in the aftermath of the health crisis, also warning of the lack of water that affects the countries of the Mediterranean Basin and in particular the Algarve.

Under the theme “Regions dependent on the tourism sector: the need to diversify the economy in the aftermath of the health crisis and in the light of climate challenges”, the mayor defended that economic diversification “is fundamental for us to build or rebuild a healthier economy, more comprehensive and more resilient to crises like the one we are experiencing”, considering that, in the case of predominantly tourist regions, this diversity “must involve products other than the classic sun and sea.”

Upon assuming himself as “president for eight years of a municipality whose economy depends almost exclusively on tourism, in a region where this sector is the foundation of the entire economic and business structure”, Isilda Gomes said that “the effects of the pandemic were, are and they will be remarkable”, listing below a wide list of harmful consequences directly or indirectly related to Covid-19 and that have particularly affected the jobs of young people. 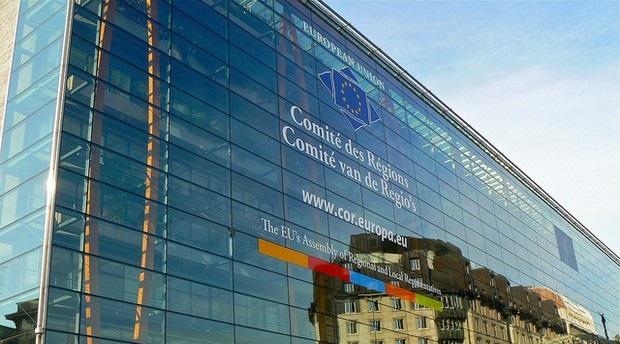 “We have to look further and bet on the digital transition and the green agenda. We want and must invest in more, better and more sustainable transport networks that allow the increasingly limited use of our own vehicles in order to free up our streets and our cities for passersby, return cities to people and free our atmosphere. of greenhouse gases”, said the official, for whom “the challenges are enormous, but it is our obligation to strive for the fulfillment of an ecological agenda, if we want to be competitive and turn around after this pandemic”.

From his point of view, “it is also urgent to identify specific areas in each region where there may be investment, such as – for example – the creation and investment in technological poles that, in an intimate public-private partnership, can enhance the characteristics of our cities and regions, and generate a greater spectrum in the area of ​​research, as well as develop greater production of knowledge and innovation.”

In this regard, he cited the example of the Autódromo Internacional do Algarve, where a hub for establishing companies in the area of ​​car construction is infrastructured, “which could generate knowledge, training, employment and a socio-economic development that will last for more than a generation”. ”.

“Without water, paralysis will not be limited to tourism”

The mayor, who is part of the Natural Resources Commission of the Committee of the Regions, where she holds the portfolios of public health, civil protection, tourism, fisheries, maritime economy and agriculture, warned on the opportunity of “a very serious problem, with which we absolutely have to deal with, and which is endemic and not pandemic: the water supply.”

“As in other regions of the Mediterranean Basin, climate change is hitting the Algarve more than average, so without water, paralysis will not be limited to the tourism sector”, with serious implications such as the threat of water rationing. and the eventual collapse of agriculture, “which can and should play a huge role in economic diversification.”

In this sense, the mayor of Portimão defended that the semi-arid regions of southern Europe “need clear and effective support to strengthen their resilience against drought”, aiming to “develop strategies with a view to mitigating the deadly impacts that the lack of water has on a local and regional economy”, which will involve the construction of desalination plants and the creation of retention basins, transfer networks or innovations technologies, which “involve financial resources that are sometimes too large” to be supported only by the governments of the affected countries.

“The warning I leave you is that, together, in this Committee, which, more than any other European structure has a particular sensitivity to the problems of the regions, we reinforce, in our debates and in our conclusions, the urgent need to support the regions in their economic diversification, as well as in their constant struggle against water shortages”, concluded Isilda Gomes.