Despite the record of infections, Algarve is the region on the mainland with the fewest new cases of Covid-19 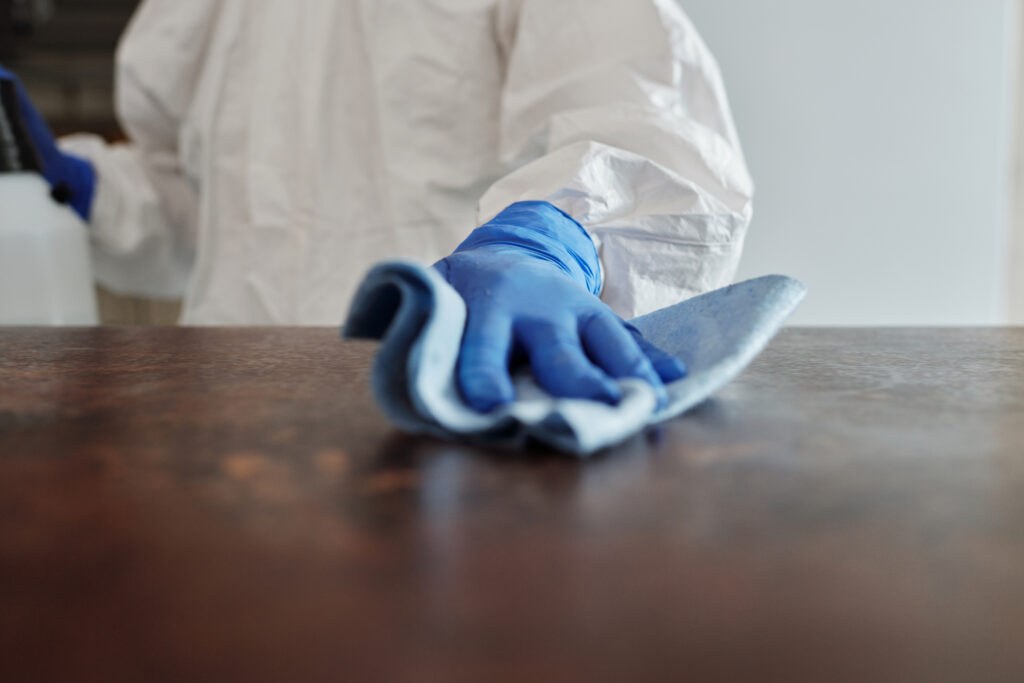 The Algarve has one more death and 1.021 cases of Covid-19, on a day when, despite nearly 40 new infections, the country registers a very significant increase in the number of recoveries, according to the bulletin of the Directorate-General for Health (DGS ) this Thursday, January 6th, which has just been released.

On the other hand, even with a high number of infections, the Algarve is the mainland region with the fewest new cases and the second in the country (only the Azores have fewer).

However, this very accentuated increase in cases is not reflected either in hospitalizations or deaths (which have now been 25 in the country).

A very different situation, between what is happening in this 5th wave and what was happening a year ago, that the graphics, unveiled this morning by Prime Minister António Costa, fully illustrate: 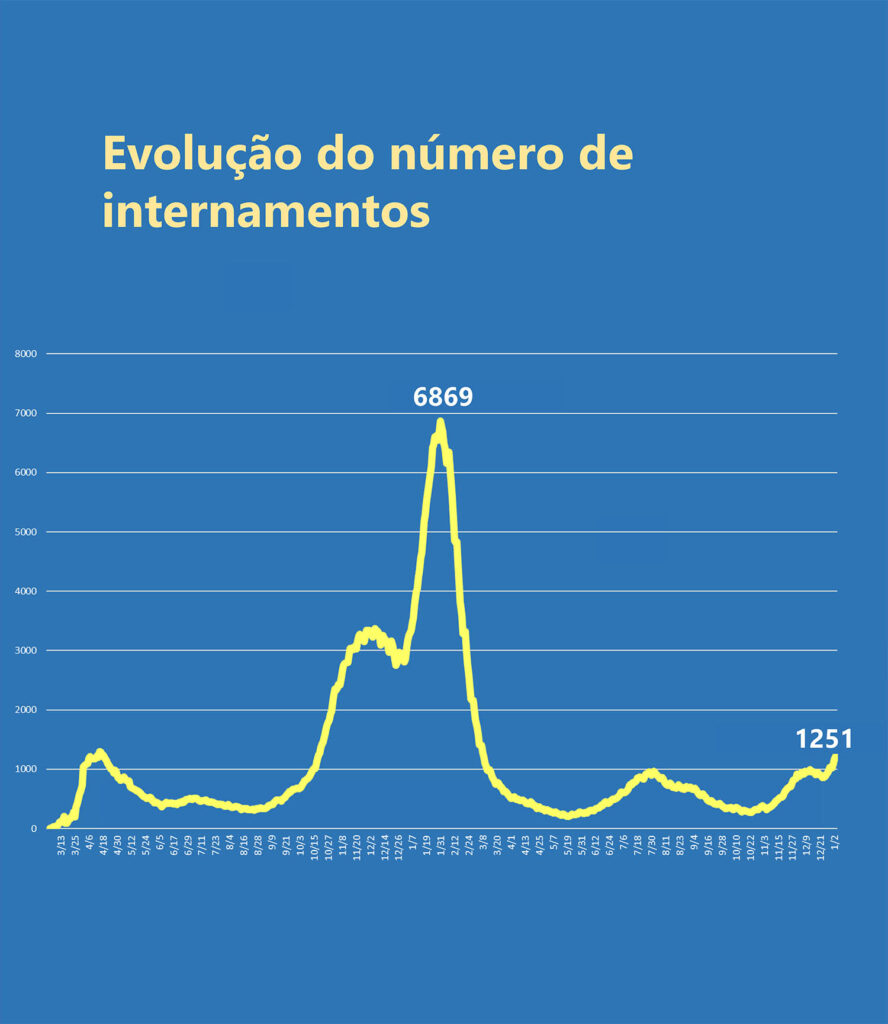 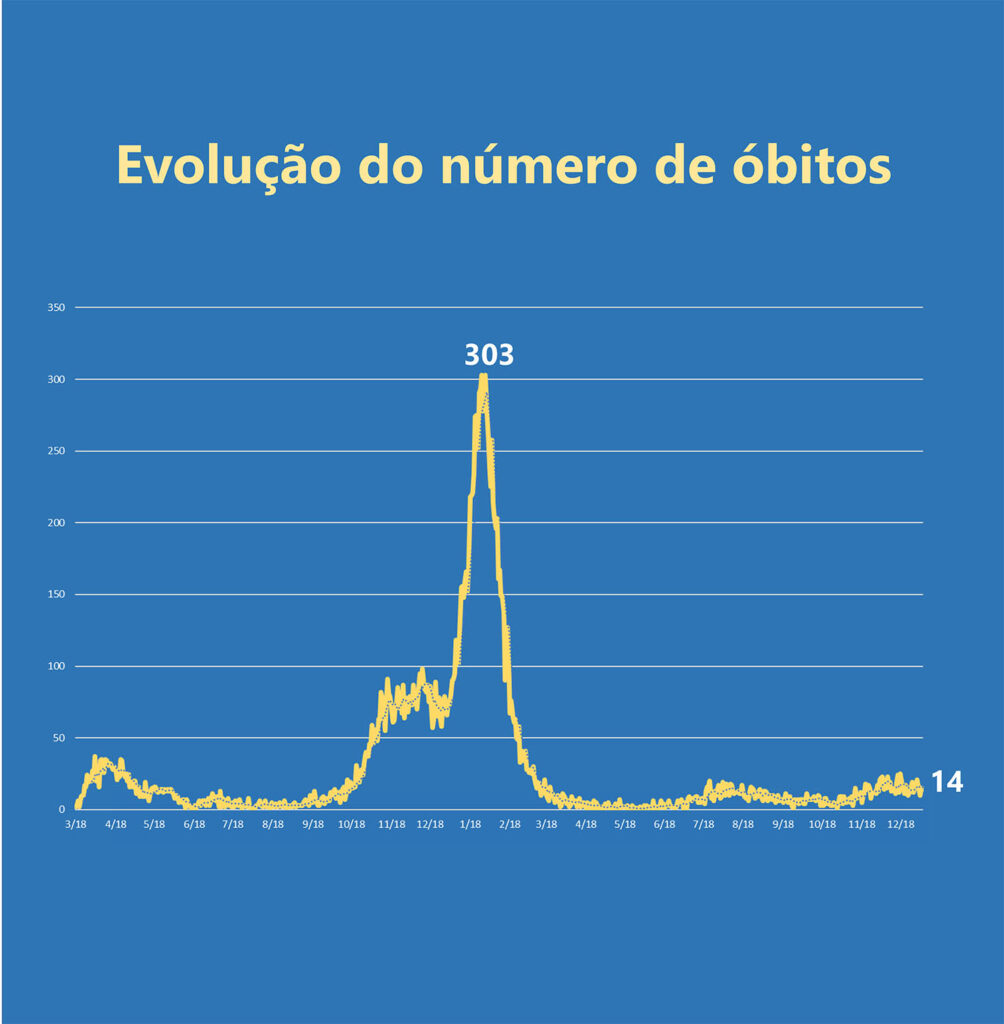 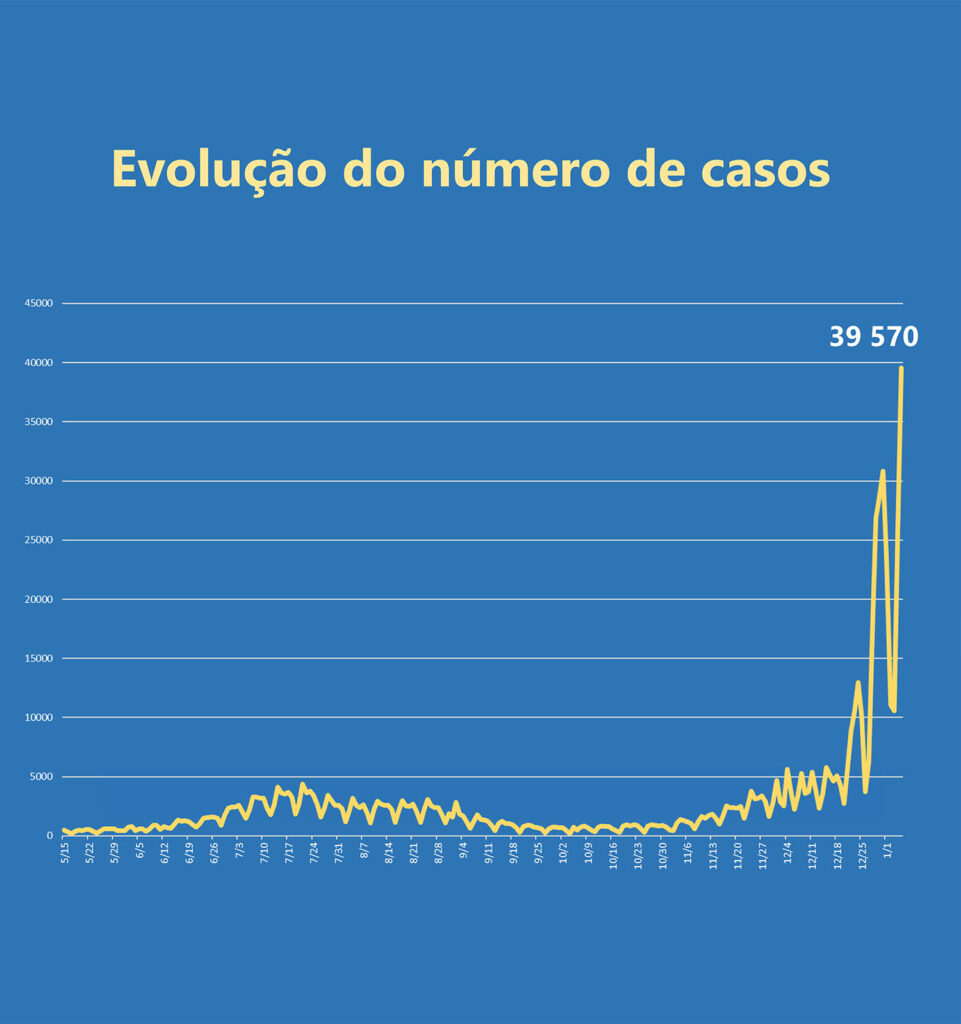 The current 25 deaths took place in Lisbon (+15), North (+7), as well as in the Algarve, Alentejo and Azores, all with one death each. On January 6th of last year, 91 people had died by Covid-19 in our country (four times more).

Taking into account the huge increase in the number of cases, also the number of admissions has risen, but last 24 hours. There are now 1 inpatients in Portuguese hospitals due to the pandemic (+311), of which 60 are in Intensive Care (+158). A year ago there were two and a half times more inpatients (15) and three times more in the ICU (3293). 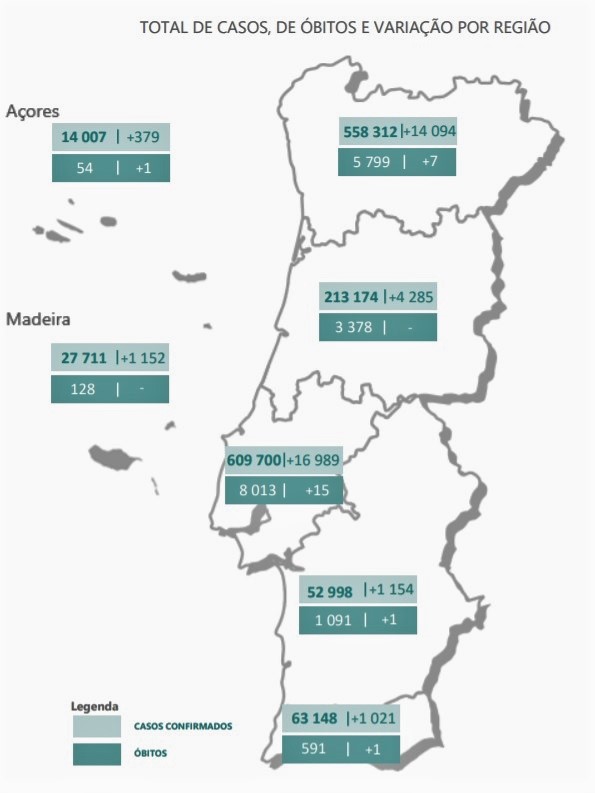 The epidemiological bulletin of the DGS also indicates that there were 30.707 recovered, which is the highest number ever.

The risk matrix was updated yesterday, reporting a decline in the R(t), the transmissibility index, which decreased to 1,41, both nationally and in mainland Portugal.