The Earth, traveling at full speed in space

We didn't realize it, but we traveled through Space at a dizzying speed for our scale! 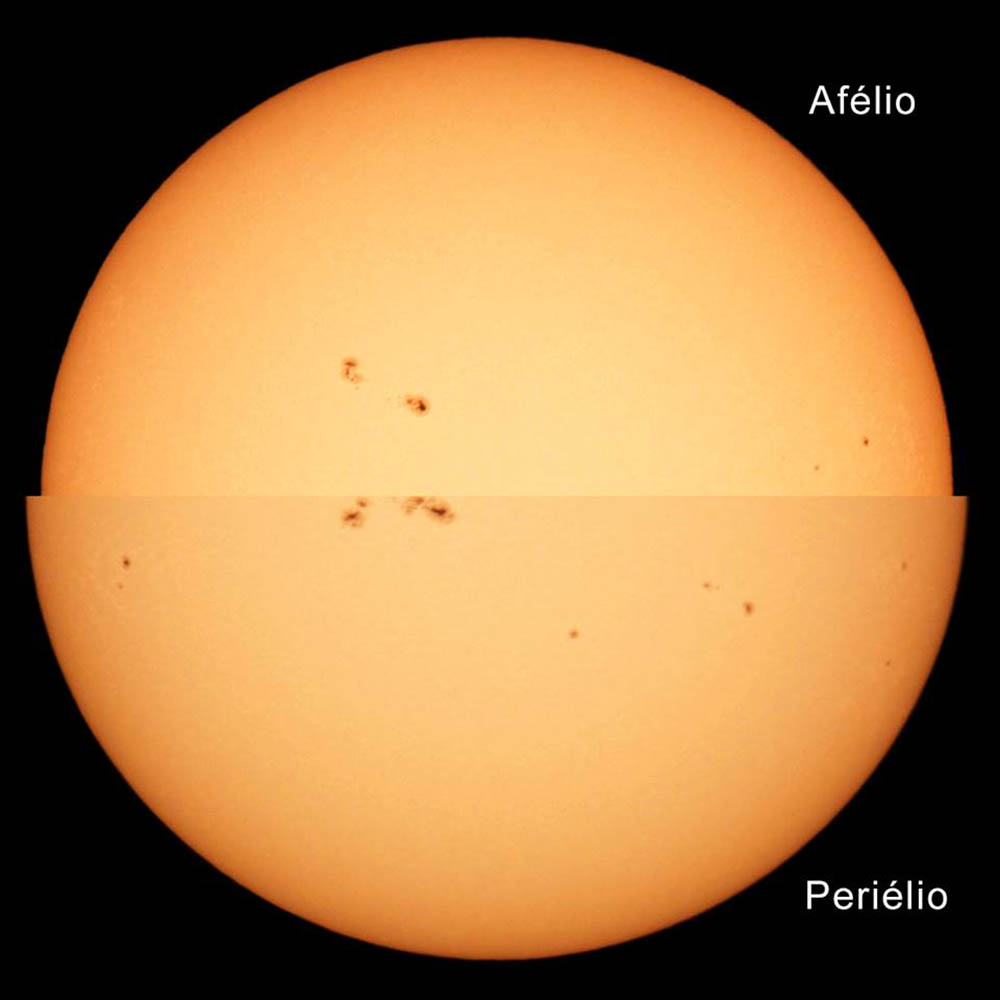 We live on the move! We didn't realize it, but we traveled through Space at a dizzying speed for our scale! In reality, it is the Earth that moves, but we travel with it.

As we know, the Earth annually travels an elliptical path around the Sun. And it does this at an average speed of about 107 kilometers per hour, or about 280 kilometers per second!

I wrote average speed, since the Earth's speed varies throughout the year. It is maximum when the Earth is closer to the Sun (perihelion) and minimum when it is further away (aphelion).

Following its orbit, the Earth is now moving away from the Sun until reaching its maximum distance (aphelion) on the 4th of July (according to the Astronomical Observatory of Lisbon).

At that time, at a distance of about 152,1 million kilometers from the star king, the speed at which we will travel through space will be about two kilometers per second slower (or 7 kilometers per hour slower) than what is now seen at perihelion .

The German astronomer and mathematician Johannes Kepler (1571 – 1630) was the first to detect these differences in translation speed and to propose an elliptical orbit for the Earth and other planets.

Kepler based this on the astronomical tables of his master, the Danish astronomer Tycho Brahe (1546 – ​​1601). Brahe would have been the most rigorous observer of the sky before the beginning of the use of the telescope for astronomical observations, carried out by Galileo Galilei (1564 – 1642) in 1610.

The cause for the differences in the speed of the Earth could only be understood after the work of the English mathematician and physicist Isaac Newton (1643 – 1727), especially after the formulation of his law of universal gravitation.

But let's get back to the present. If we are, by this time of January, closer to the Sun, why is it winter? The Earth should receive more solar radiation in January, right? But that's not how it happens, as we can testify, bundled up.

And the explanation for this lies in the fact that the Earth's axis of rotation, around itself, is tilted 23,5 degrees in relation to the perpendicular to the plane defined by its orbit around the Sun.

It is the inclination of the axis of rotation that is at the origin of the seasons throughout the year. At perihelion, it is the southern hemisphere of the Earth that is most exposed to solar radiation and, therefore, there is the summer season. all year round!

However, let us travel through space at about 30 kilometers per second!

Author António Piedade is a Biochemist and Science Communicator