A universal equation for the shape of an egg

Next time you have an egg in your hand, before you break it, contemplate the complex uniqueness of its shape. 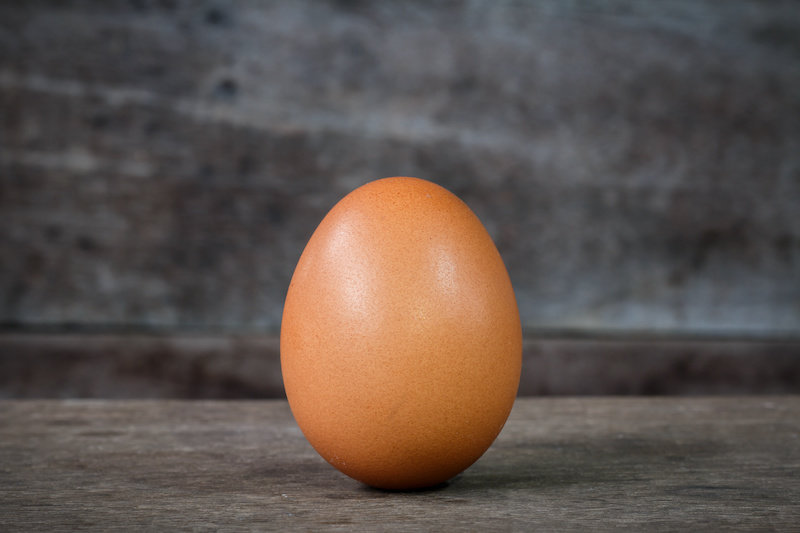 How much math is there in an egg?

The shape of eggs has long attracted the attention of mathematicians, engineers and biologists from an analytical point of view. The shape has been considered for its evolution to be large enough to incubate an embryo, small enough to exit the mother's body most efficiently, not roll once placed on the ground, be structurally sane enough to support weight and be the beginning of the life of so many species. The egg has been called the "perfect shape".

The analysis of all egg shapes encompasses four geometric figures: sphere, ellipsoid, ovoid and piriform (conical or pear-shaped), with a mathematical formula for the piriform still to be discussed.

To correct this situation, the researchers introduced an additional function into the ovoid formula, developing a mathematical model to fit an entirely new geometric shape characterized as the last phase in the spherical-ellipsoid evolution, which is applicable to any egg geometry.

This new universal mathematical formula for egg shape is based on four parameters: egg length, maximum width, vertical axis offset, and diameter at a quarter of the egg's length.

This long-awaited universal formula is a significant step towards understanding not only the egg shape itself, but also how and why it evolved, thus making biological applications and new technologies possible.

This new formula has just been published in the article “Egg and Mathematics: Introducing a Universal Egg Shape Formula”, in the magazine Annals of the New York Academy of Sciences .

Mathematical descriptions of all basic egg shapes have already found applications in food research, mechanical engineering, agriculture, biosciences, architecture and aeronautics. As an example, this formula can be applied to engineering the construction of vessels with thin walls of an egg shape, which should be stronger than typical spherical shapes.

According to the authors, this new formula is an important advance with multiple applications.

In the competent scientific description of a biological object: Now that an egg can be described by a mathematical formula, work in the fields of biological systematics, optimization of technological parameters, egg incubation and poultry selection can be greatly simplified.

In the accurate and simple determination of the physical characteristics of a biological object^: The external properties of an egg are vital for researchers and engineers who develop technologies for hatching, processing, storing and classifying eggs.

There is a need for a simple identification process, using egg volume, surface area, radius of curvature and other indicators to describe egg contours, which this new formula provides.

In future biology-inspired engineering: The egg is a natural biological system studied to design state-of-the-art engineering systems and technologies. The egg-shaped geometric figure is adopted in architecture, such as on the roof of London Town Hall and the Gherkin, and in construction, as it can withstand maximum loads with minimal consumption of materials, which this formula can now be extremely helpful.

The next time you have an egg in your hand, before you break it, contemplate the complex uniqueness of its shape.

Author António Piedade is a Biochemist and Science Communicator