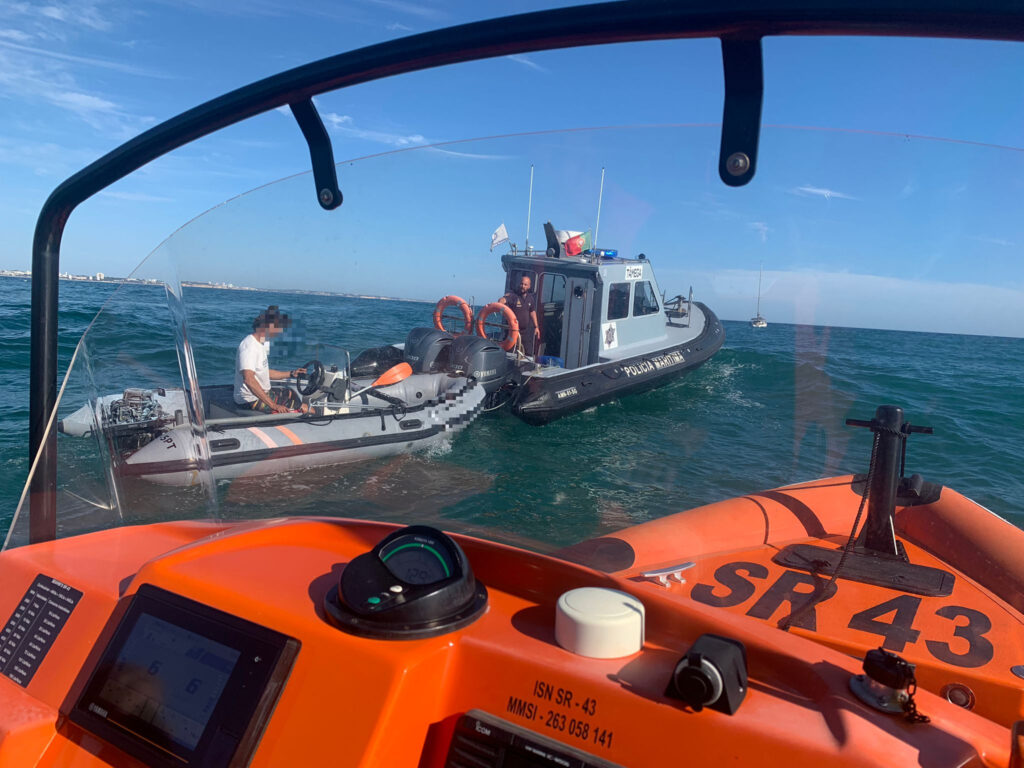 A crew member of a semi-rigid vessel that was adrift due to an engine failure, 50 meters from Meia Praia, was assisted this Sunday afternoon, October 10, by Salva-Vidas de Ferragudo and the Maritime Police of Lagos.

According to the National Maritime Authority (AMN), the alert was received at 15:30.

"When they arrived at the scene, the elements of the Life-Saving Station and the Maritime Police verified that the crew was doing well, without the need for medical assistance, having proceeded to tow the semi-rigid vehicle to the marina in Lagos, for safety reasons", he explains. to AMN.