The crossing, in 11 days and as many episodes, of the Rota Vicentina comes to an end. Soon, there will be more chapters, because O Caminhante wants to reach…Santiago de Compostela 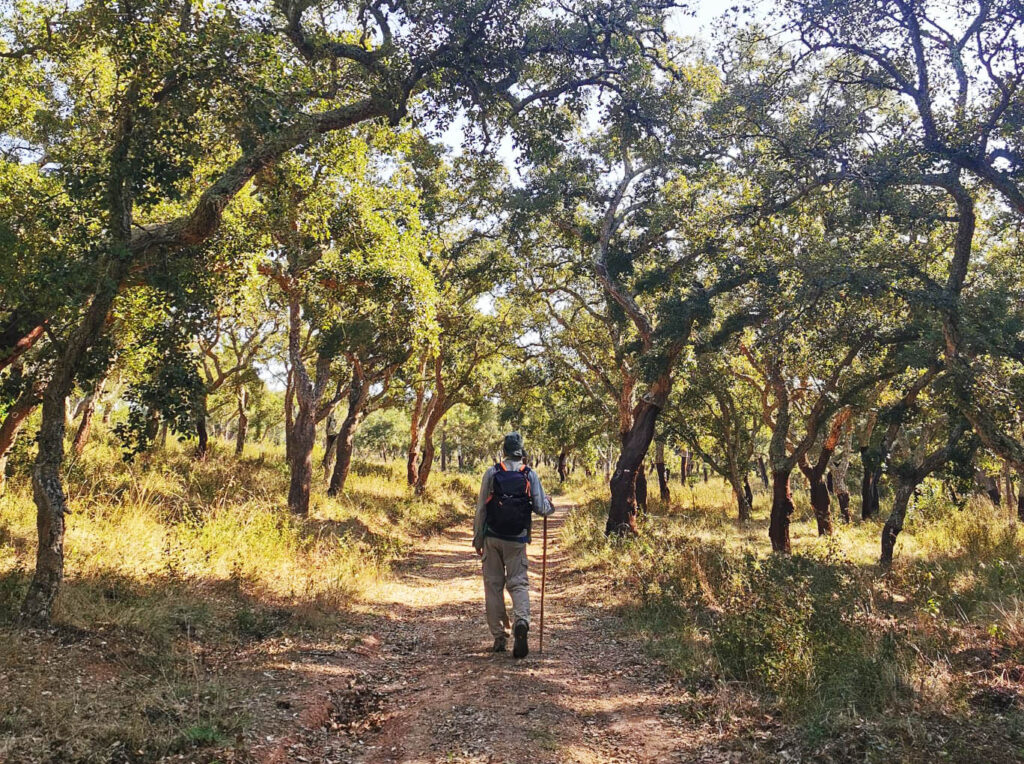 As there is no accommodation in Vale Seco, we spent the night at Apartamentos Miróbriga, in Santiago do Cacém, where, once again, we were very well treated (and in keeping with tradition, we also had a cat). We especially liked the pond, full of life.

Despite the sun and the heat (it doesn't even seem like it's October), 18 km were waiting for us, an accumulated climb of 400m, an accumulated descent of 350m… and easy.

And it ended up being so, since the path was made along roads flanked by cork oak forests, without having to activate the emergency cooling system. Let me explain: when the sun is down, especially when climbing, we have an extra bottle of water that is poured over our head, soaking our hat or hair (according to the case) to refresh and withstand the heat better. I assure you this works.

The route is very pleasant, three hikers passed us, we often saw Sines in the distance, namely the refinery chimneys, and we passed by ruins of the Convent of Nossa Senhora do Loreto, which dates from the XNUMXth century. Towards the end, we crossed the Parque Urbano, climbed a steep medieval sidewalk and arrived at the Igreja Matriz in Santiago do Cacém.

Since the Middle Ages, pilgrims from the Promontorium Sacrum (Cabo de S. Vicente) bound for Santiago de Compostela stop at this church.
The Walker did the same. Season 1 ends here.

We covered 213 km on foot, leaving only footprints, taking many good memories and memories. It was tough but rewarding. I entered the Church and felt at peace.

As with the TV series, it's time for the credits and the acknowledgments. No animal was mistreated, quite the contrary. There were no injuries, nor was it necessary to use the medical kit. I did not have dribbles.

A few words for the Rota Vicentina. The courses are very, very well marked. Congratulations. As a contribution to the improvement, it would be interesting to make the document supporting the Historical Path also available for the South/North route.

We believe that the local population has already taken this project as their own. When we arrived, the comment was often “They are doing Vicentina”. We saw a sign of this support today, in a cork oak tree, where the cork was removed, but in such a way as to leave the path marking.

Using a very simple scenario, what we spent on accommodation, taxis and transport, on small local businesses and restaurants, multiplied by the number of people we were meeting along the Way, multiplied by 365 days, gives an idea of ​​the economic value generated by this initiative. Once again, congratulations Rota Vicentina.

Read also the remaining episodes of the crossing of the Rota Vicentina d'O Caminhante: 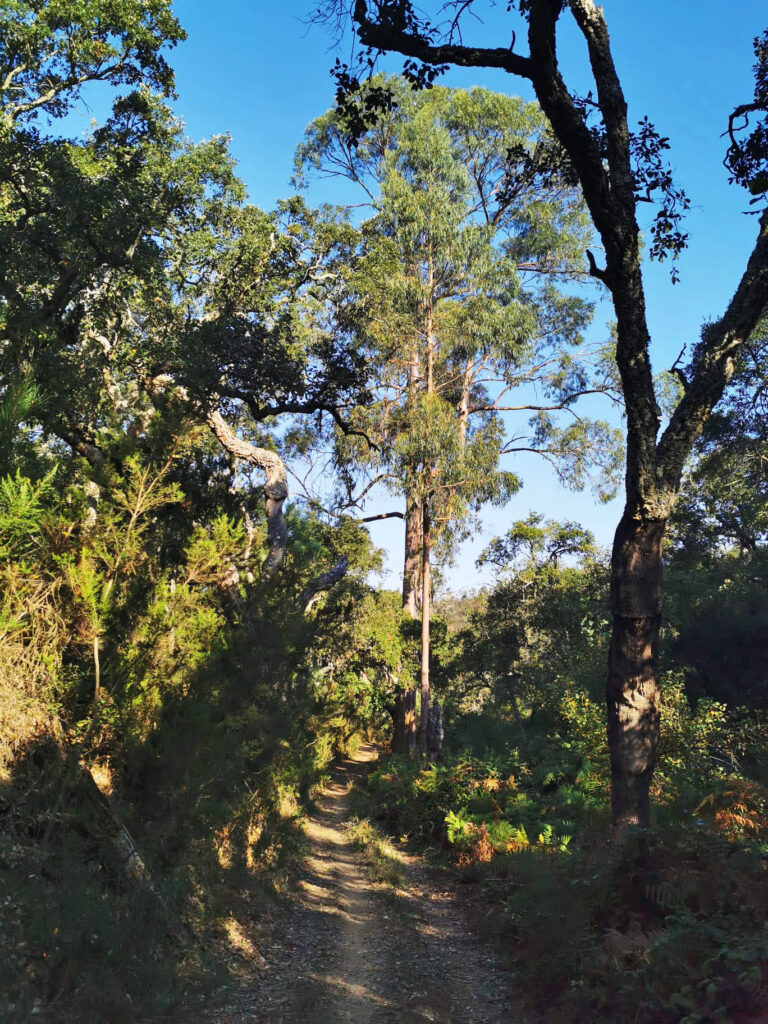 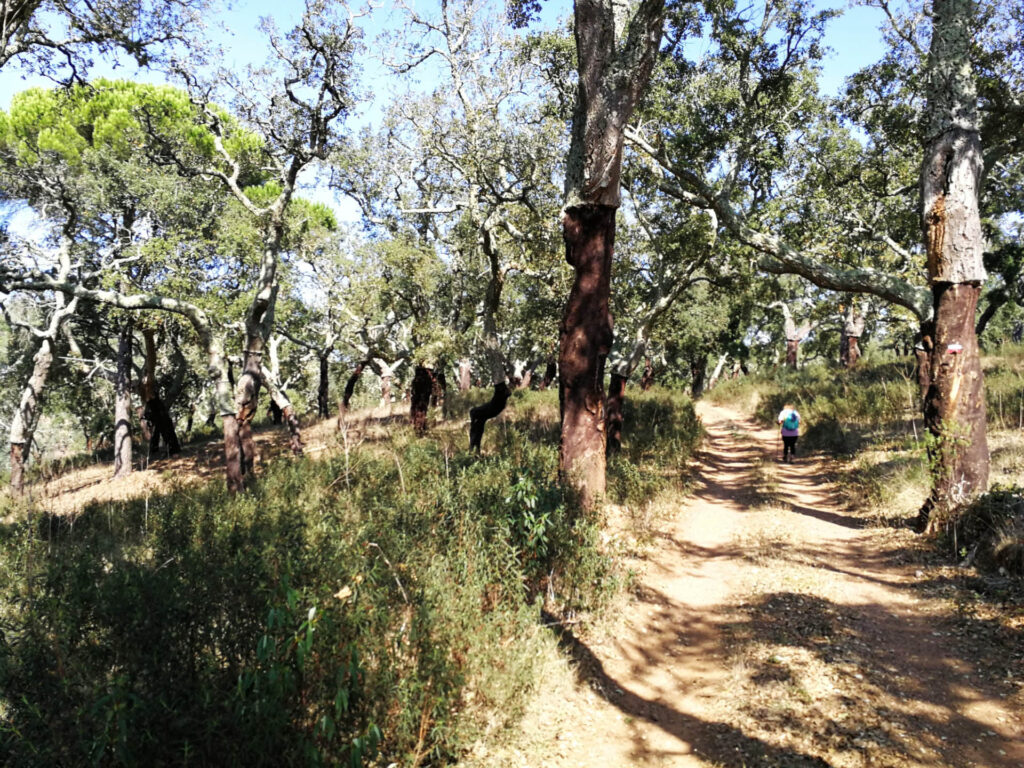 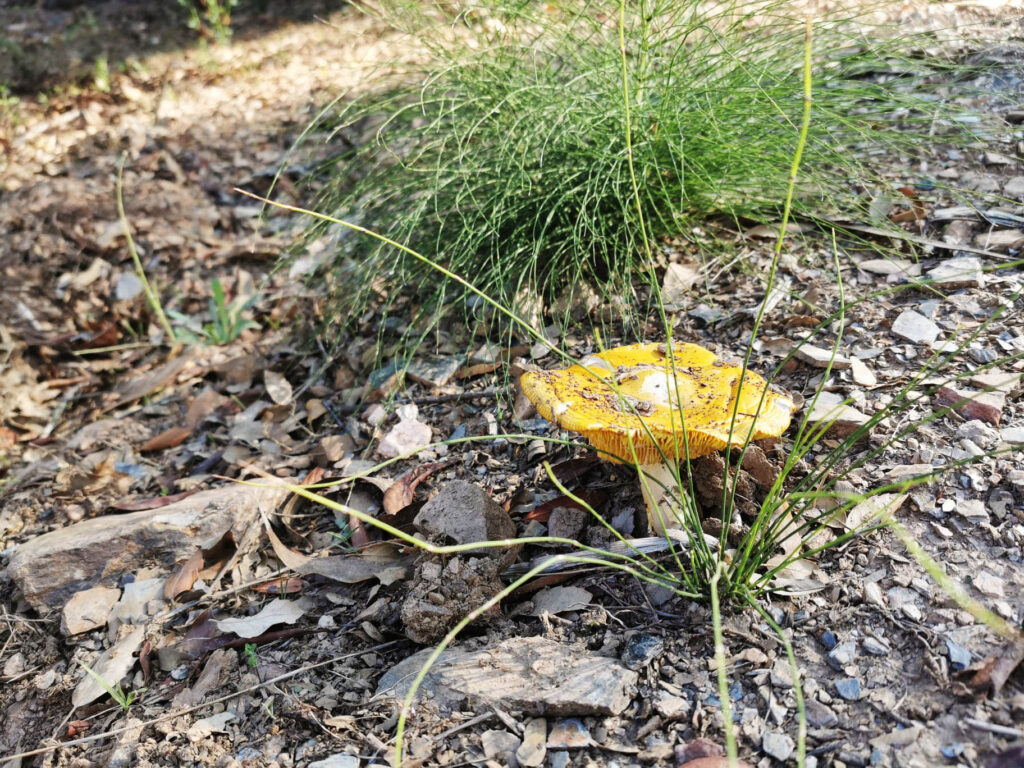 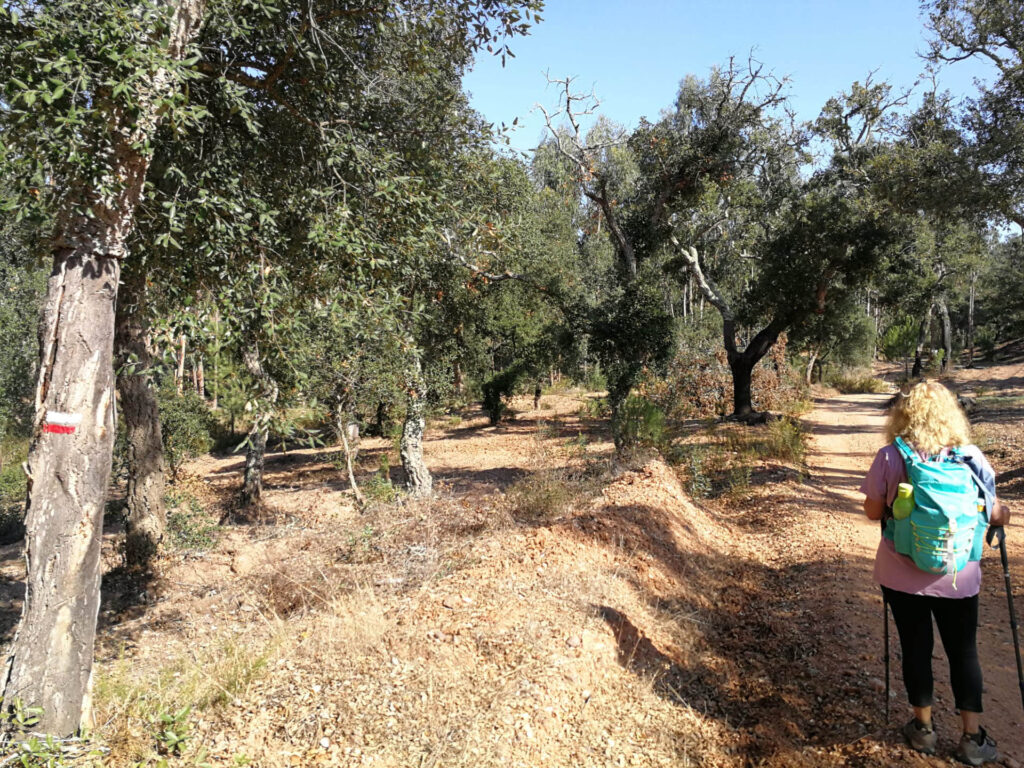 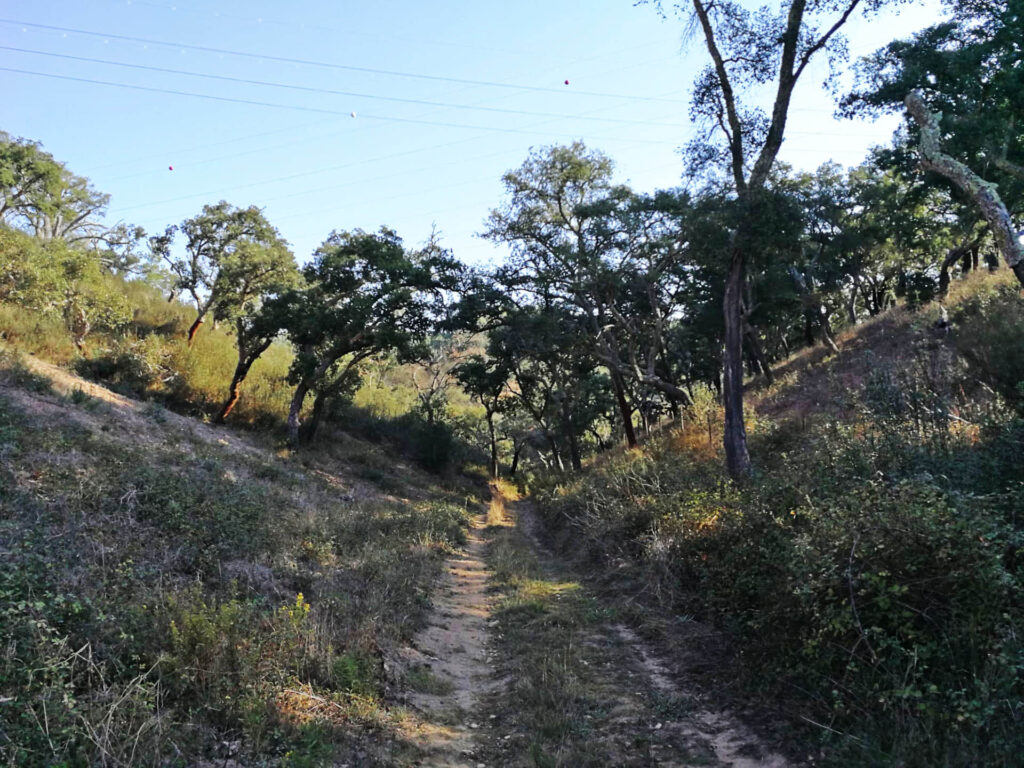 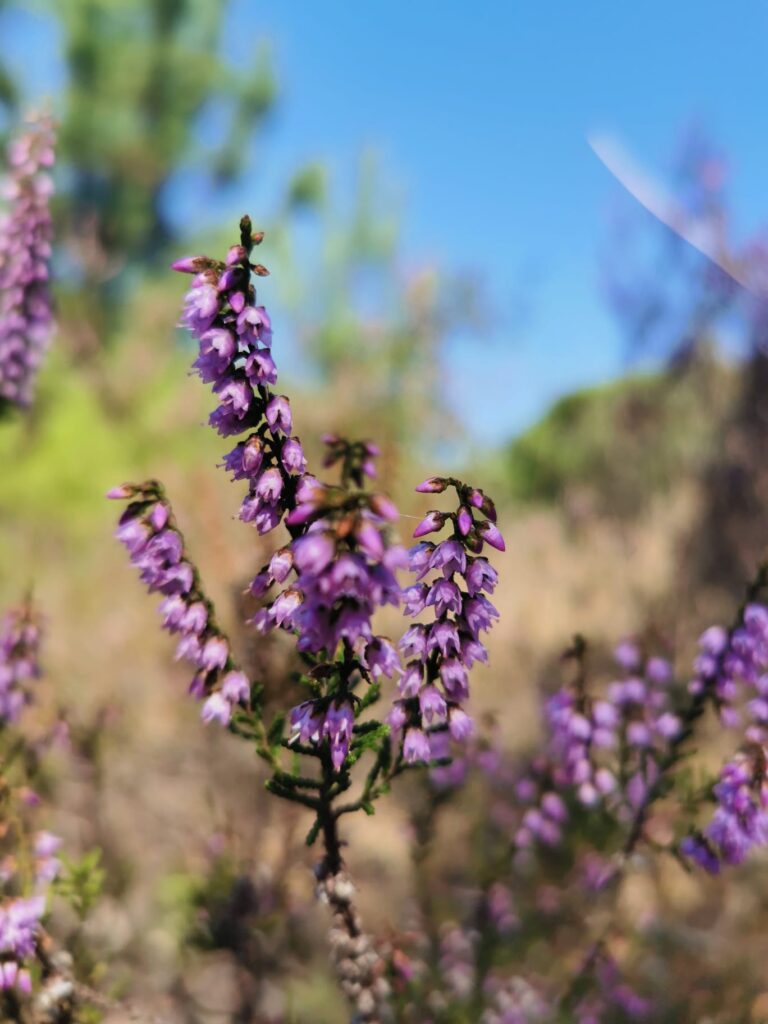 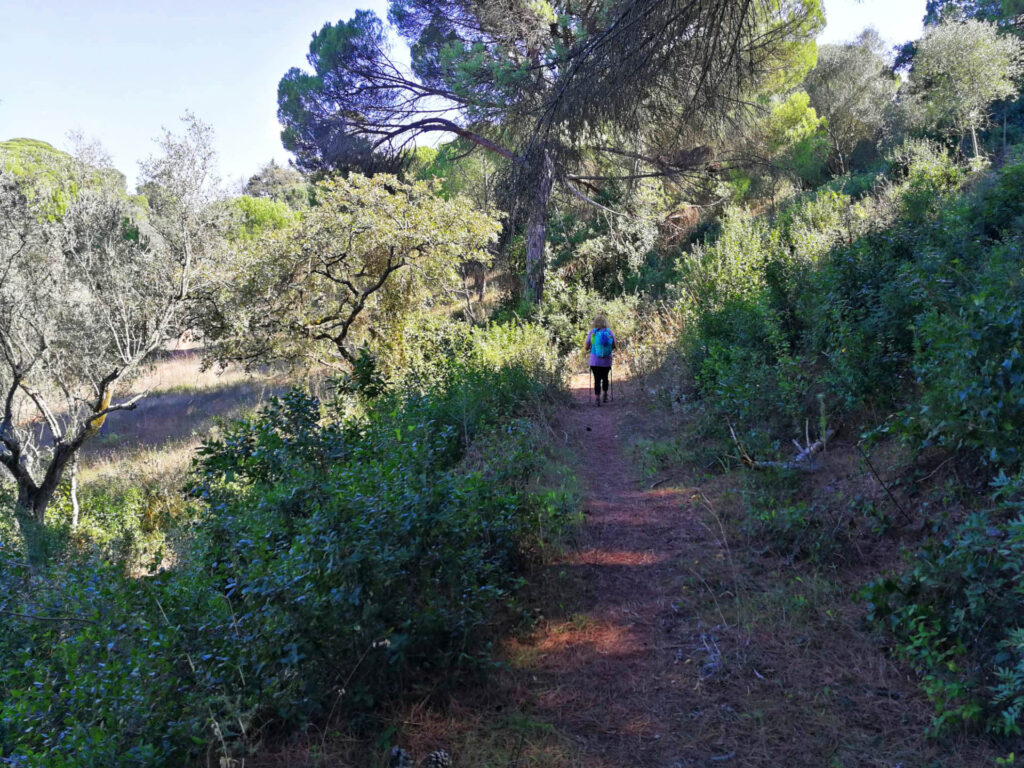 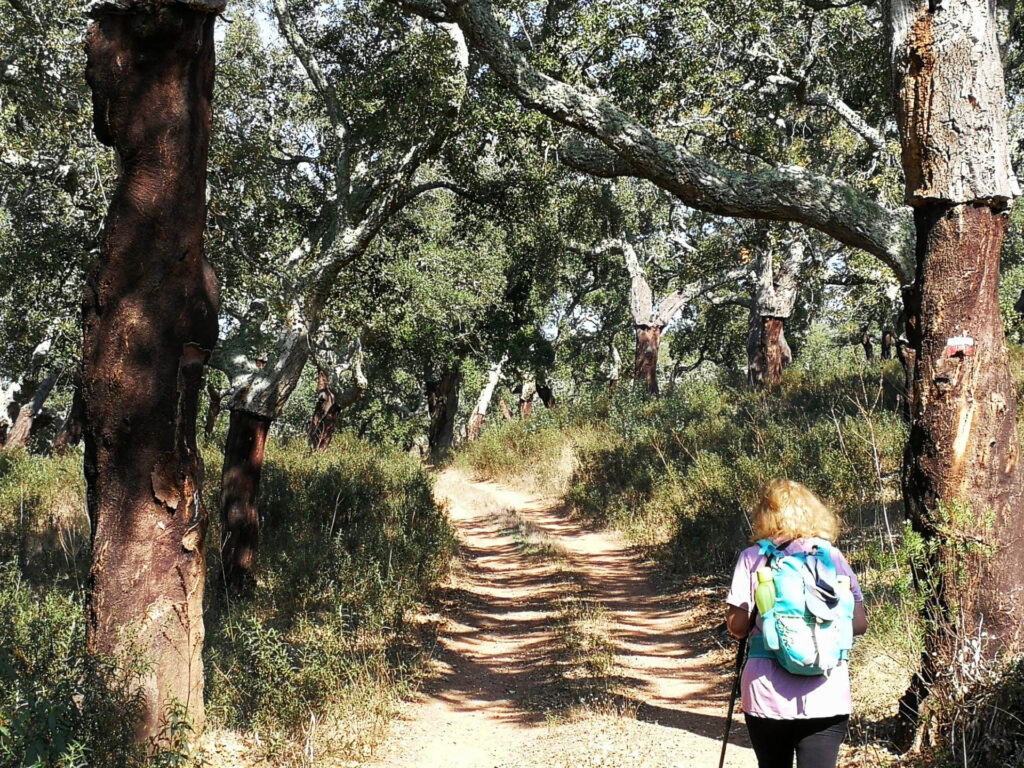 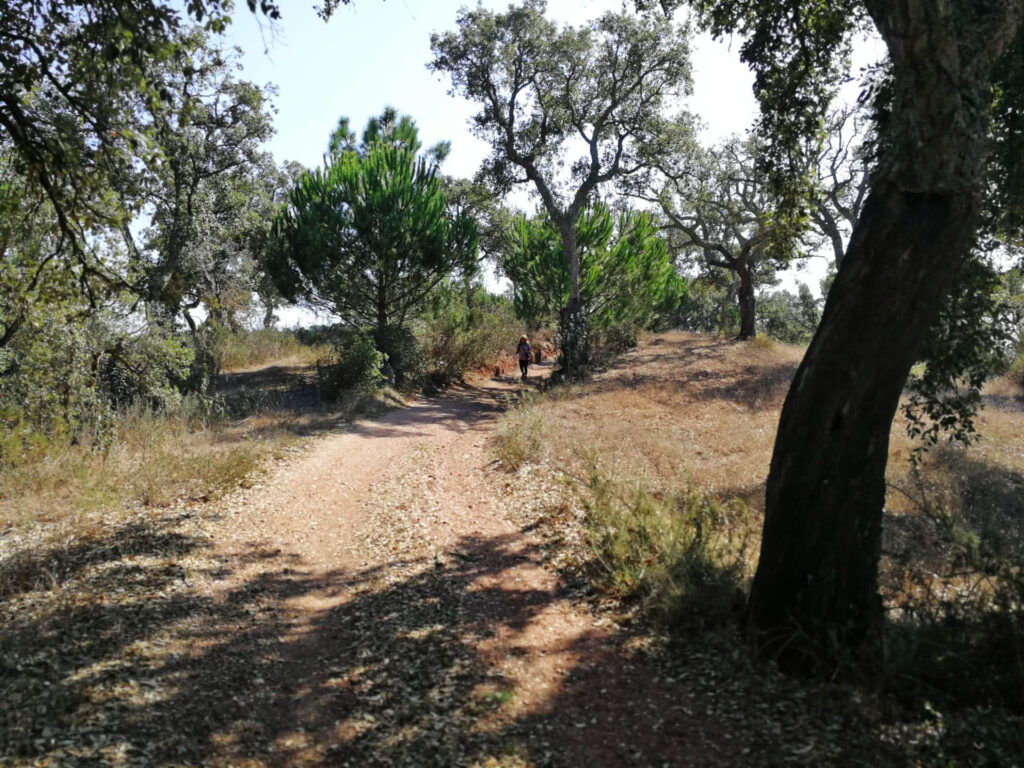 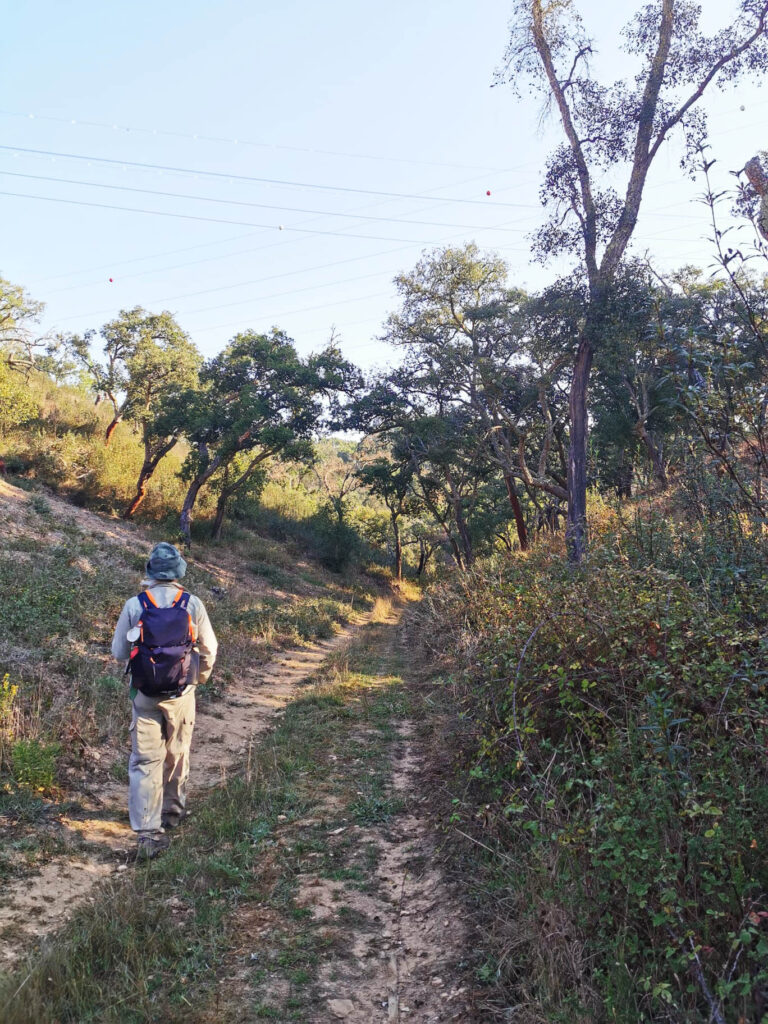 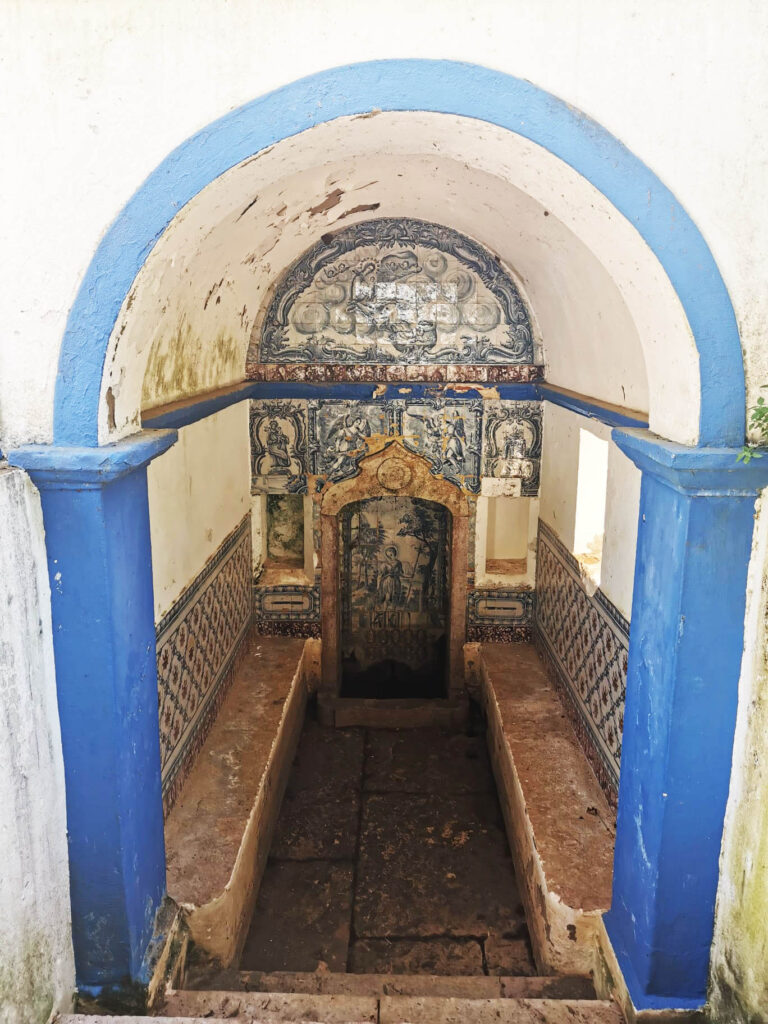 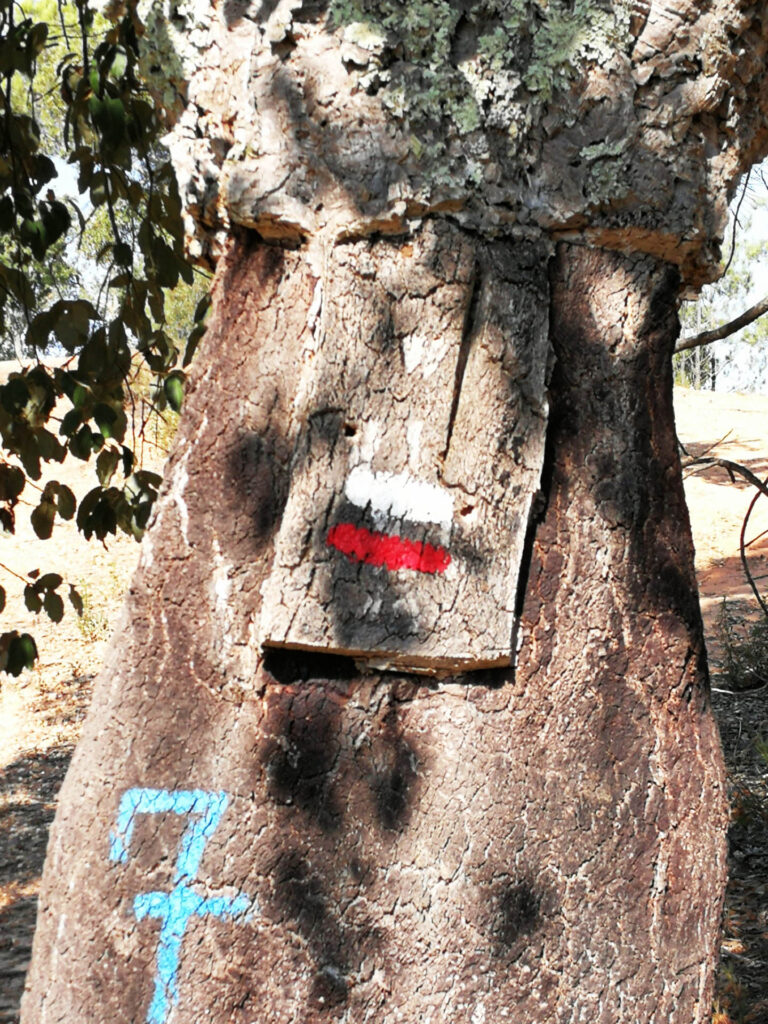 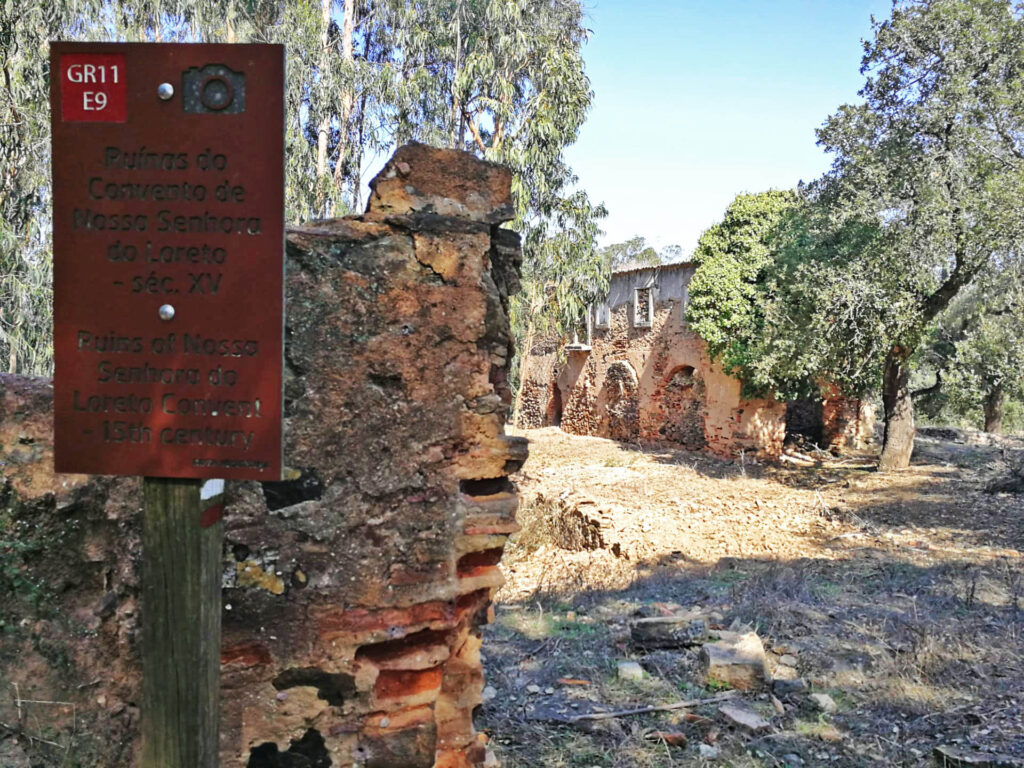 Convent of Nossa Senhora do Loreto 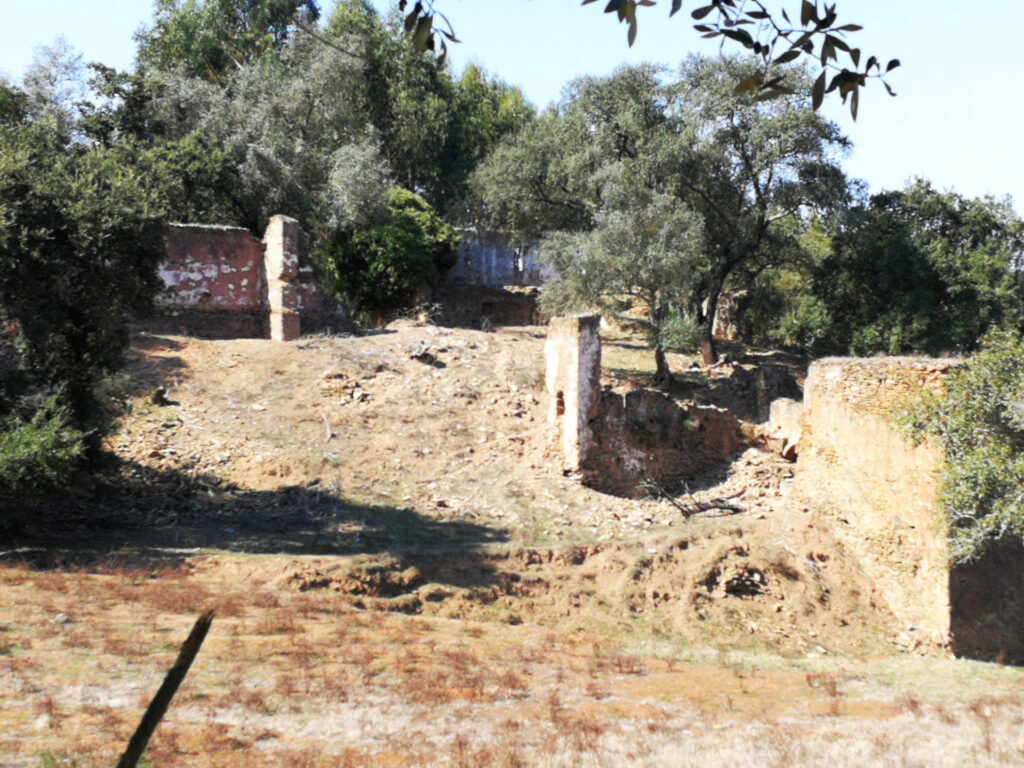 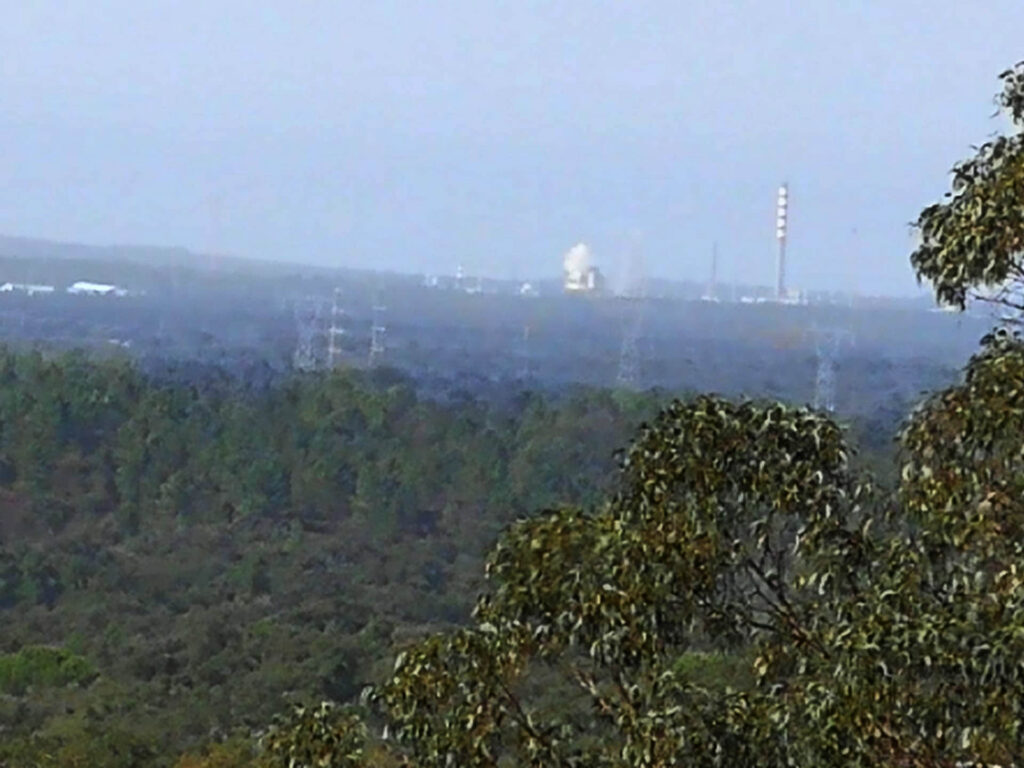 Sines in the distance 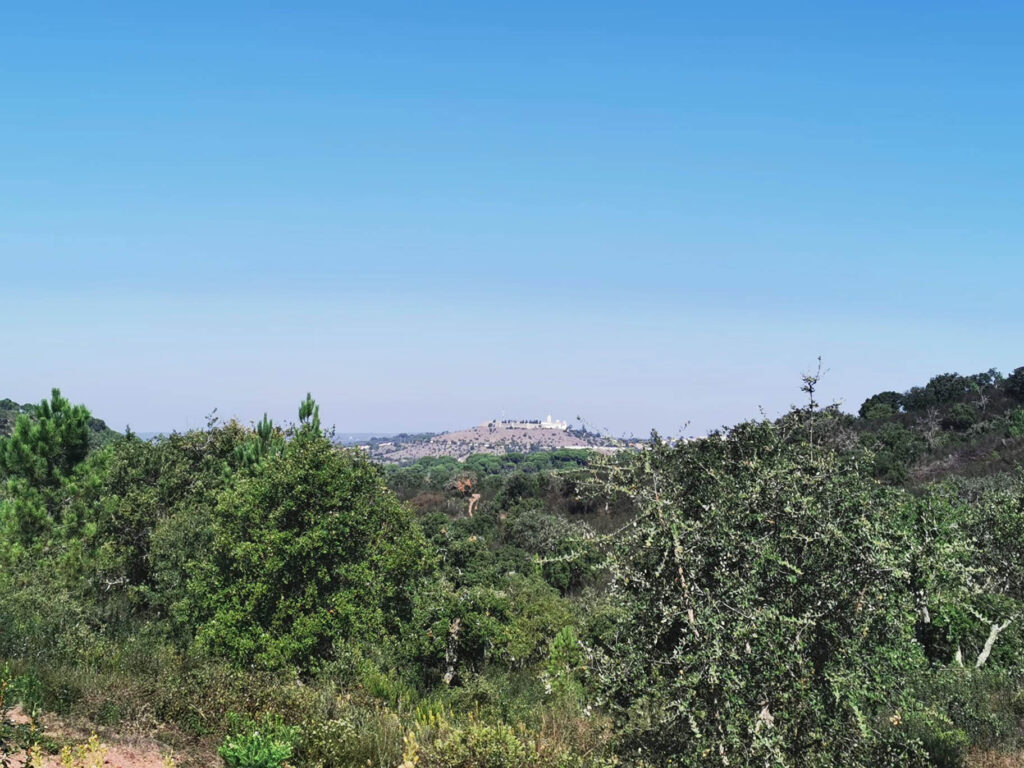 Santiago do Cacém in sight! 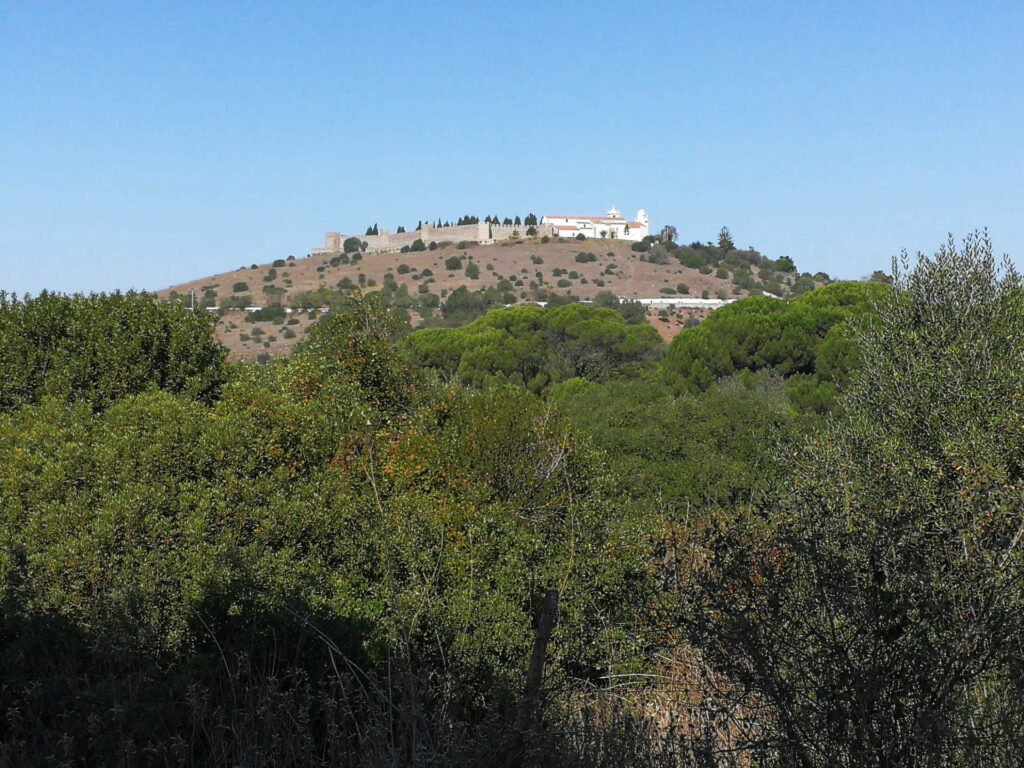 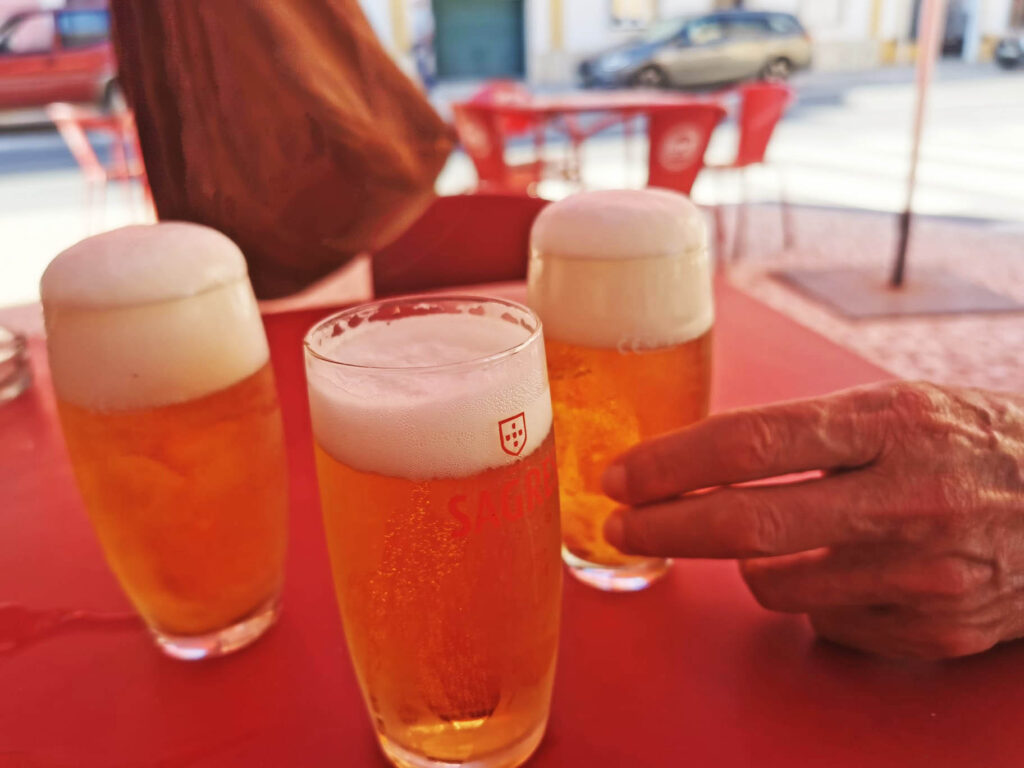 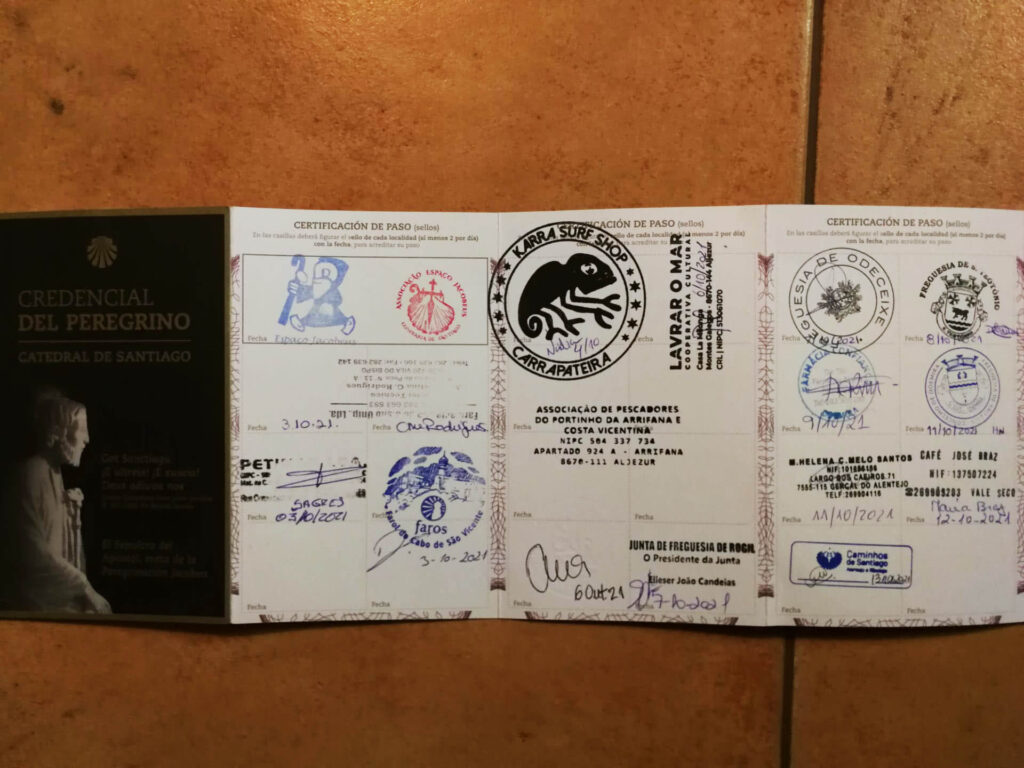 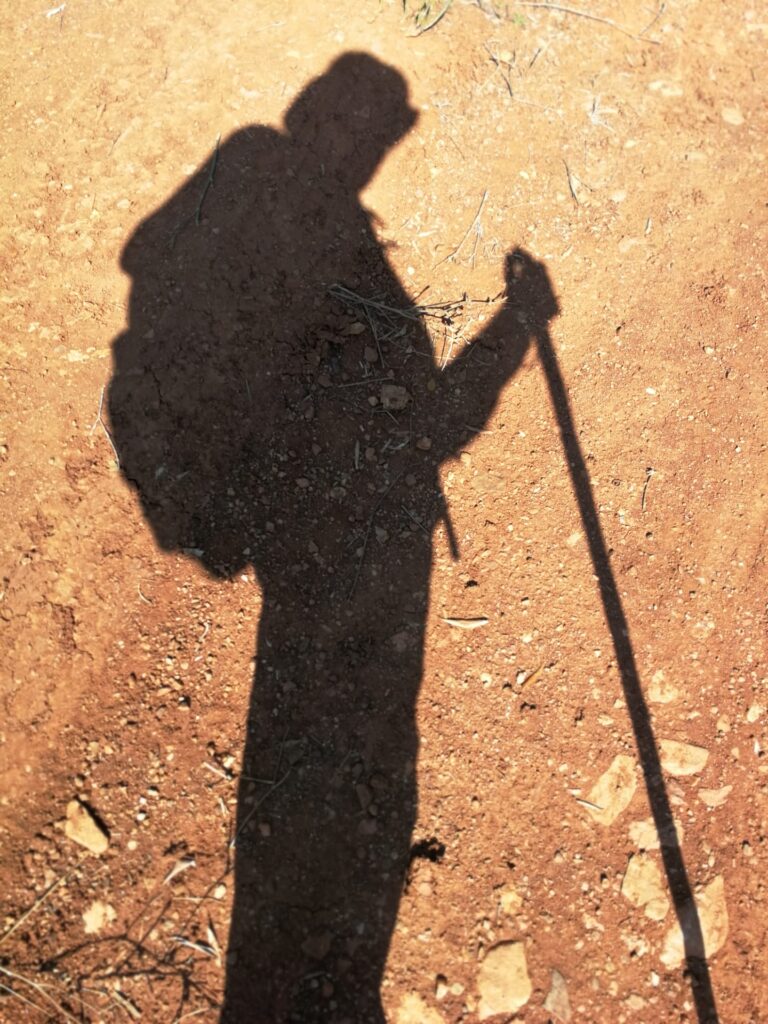