On her birthday, Rute Silva became the 1st woman president of the Vila do Bispo Municipality 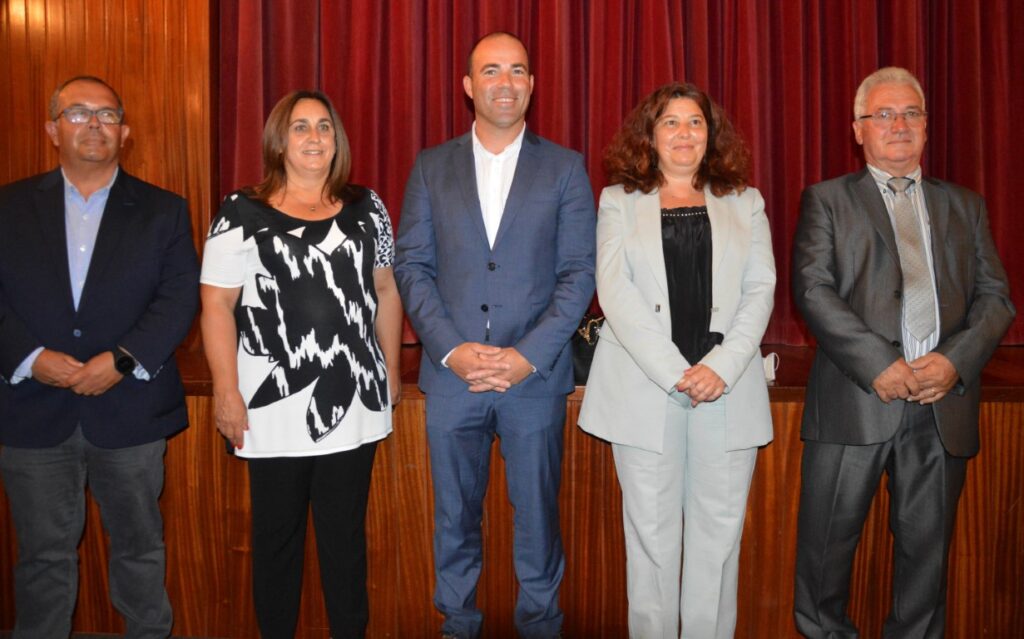 The day was even the birthday of Rute Silva, who this Thursday, October 7th, took office as the first woman president of the Vila do Bispo Chamber. However, without guaranteeing a majority in the executive and with a Municipal Assembly where the opposition guaranteed the presidency, the mayor can only hope that this is not a poisoned gift.

In the executive, composed of five terms, in addition to Rute Silva, president of the Chamber, the socialists only elected councilor Fernando Santana. The remaining three seats are occupied by the opposition: Dino Lourenço and Luís Paixão, by the independent movement Somos Pelo Concelho Vila do Bispo, and Paula Freitas, elected by the coalition led by the PSD and which also brought together CDS, MPT and PPM. In other words, to be able to bring water to her mill, the new president will have to test her negotiating skills.

In the Municipal Assembly, despite having the most votes in the Autarchic Elections of 26 September until being the PS, with the list headed by Armindo Vicente, the opposition has the majority, reinforced by the inertia of the presidents of the Parish Councils. And so, Luciano Rafael, who headed the list of the Somos Pelo Concelho Vila do Bispo movement, was eventually elected as president of the Municipal Assembly, in the first session that took place right after the new mayors took office.

Of the 18 possible votes (there would be 19, but one of the new members of AM did not appear for "family reasons"), 10 were for the list of Luciano Rafael, who will have Vanda Oliveira as 1st secretary and Maria das Candeias Baptista as 2nd secretary . There was a blank vote.

In other words, once again, everything indicates that the task of the new president of the Chamber will not be easy.

In her inaugural speech, Rute Silva began by highlighting the «very significant milestone in the civic history of our municipality: the election of the first woman president of the Municipal Council of Vila do Bispo, a fact that makes me deeply proud as a person, woman and citizen» . Therefore, he underlined, "I assume an increased responsibility in representing the women of our land and in defending the values ​​of equality, parity and humanity."

His presidency without a majority is assumed by the new mayor as a "relentless message" left by voters, but also as the result of "maneuvers operated in the underworld of local politics." For good understanding...

Regarding the task that awaits the executive who took office yesterday, Rute Silva said she had the contribution of everyone, even the opposition. The work, he underlined, “depends on the convergence of wills and above all on our civic responsibility and the superior notion of common good, for which I count on all those elected, so that, together, we contribute to the development of our land and improve the quality of life of its inhabitants».

For this reason, he stated his «positive expectation, in relation to the members of this new municipal executive, who, I believe, will do everything, in a plural, transparent and democratic manner, to privilege a harmonious governance, with a view to achieving, at least, the common points of our electoral programs, not forgetting that projects that are widely publicized among the population are at stake».

Ana Bela Martins, the president of the outgoing Municipal Assembly, predicted that «these four years will go well», having hoped that «what unites you, the love for Vila do Bispo and its people, is much more important than what you have. separates, which are the political differences».

Luciano Rafael, who had been head of the list of the Municipal Assembly for the Somos Pelo Concelho Vila do Bispo movement and who, despite not having been the most voted directly in the Municipal Elections, would eventually be elected president of this body, warned, in a publication shared in SPCVB Facebook page: «the cooperation and work between the two bodies [City and Municipal Assembly] is fundamental, but never uncritically and accepting all proposals as a fait accompli».

Therefore, he guaranteed, «the Municipal Assembly that now assumes functions will play a pedagogical role of citizenship, of promoting a democratic culture, of debating ideas and tolerance».
In the speech that, due to the way in which the installation work of the new Municipal Assembly, Luciano Rafael did not deliver at the ceremony, the new AM president announced that his «commitment will be to guarantee exemption, unite rather than distance, create bridges , bring the citizens closer to the chosen ones, aggregate and reconcile». "I will always try to be part of the solutions that can meet the residents and the municipality of Vila do Bispo," he added.

For her part, in her inaugural speech, Rute Silva announced that, "over the last four months", the Vila do Bispo Council had already been working "on defining an ambitious strategic plan that will ensure the conditions for that we can effectively be competitive in accessing community funding for the Recovery and Resilience Plan”.

Today, he guaranteed, he will advance «in the execution of a strategic plan based on six essential pillars: people, housing, quality of life, competitiveness, environment and sustainability».

The new mayor, admitting that "housing availability is the biggest problem in our county", being an issue "of difficult solution and transversal to other eminently tourist territories, as it depends on market laws and free competition", said that " in fact, there is no shortage of houses on this land. What is needed is to implement mechanisms to mitigate the growing difficulties in accessing the stability of a home».

Therefore, Rute Silva defined as «top priority, for the next few years, the execution of the strategic housing plan, with the construction of affordable houses and the reinforcement of supported rents, acquisition of new land for housing, among other measures aimed at reducing the difficulties in accessing the stability of a home, promoting the settlement of the population, with special attention to young people and entrepreneurs».

In this context, it assumed the commitment to, after being contracted with the IHRU, "deliver the first houses by 2025".

Another important task for the municipality is “the final phase of the revision of the PDM, to be completed by December 31, 2022”.

But the mayor also defined «health, education, mobility and accessibility» as «essential areas for the well-being and quality of life of our populations, as well as for the viability and socio-economic competitiveness of the territory».

The swearing in of the new municipal bodies of Vila do Bispo took place at its Cultural Centre, with the presence of the president and vice president of CCDR Algarve (José Apolinário and José Pacheco), the regional director of Culture of the Algarve (Adriana Nogueira) , by the rector of the University of Algarve (Paulo Águas), and other personalities, including José Gonçalves, re-elected president of the neighboring Municipality of Aljezur. 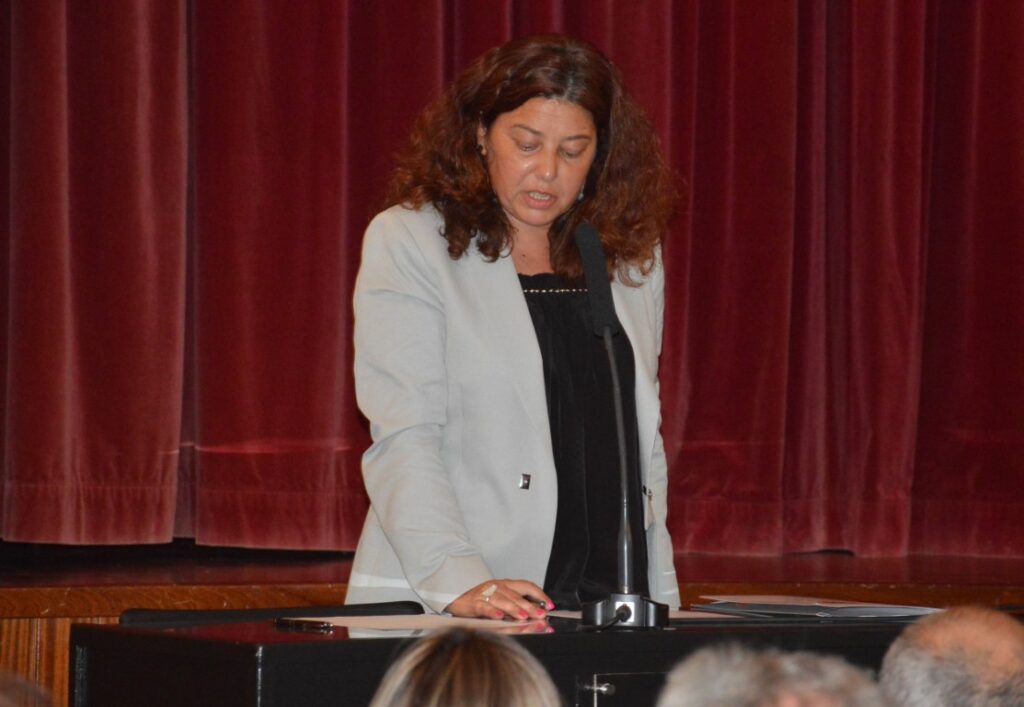 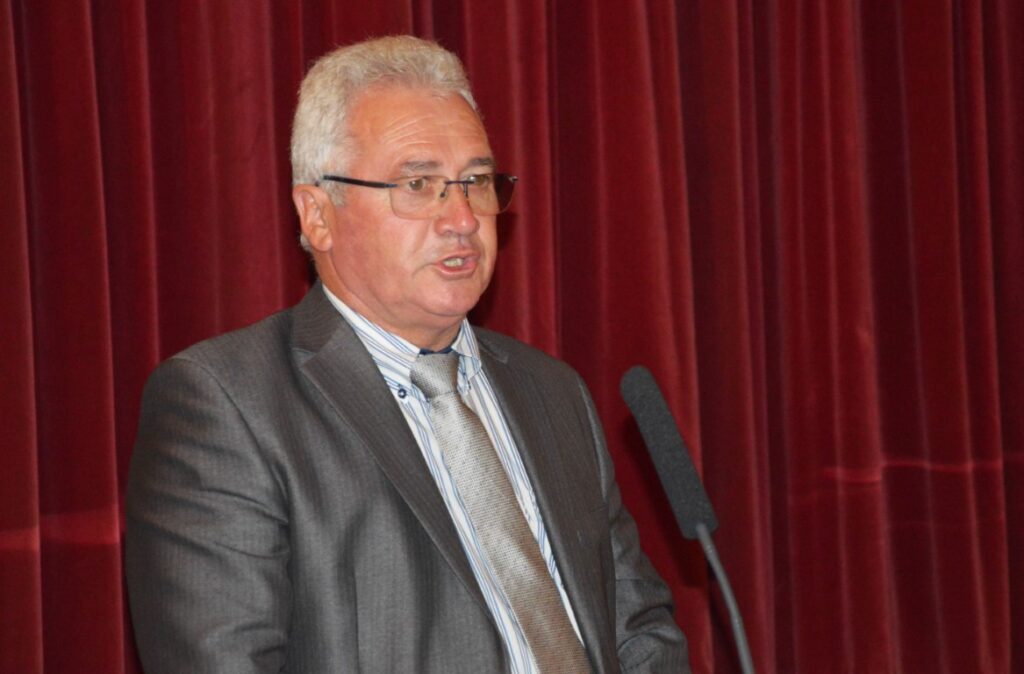 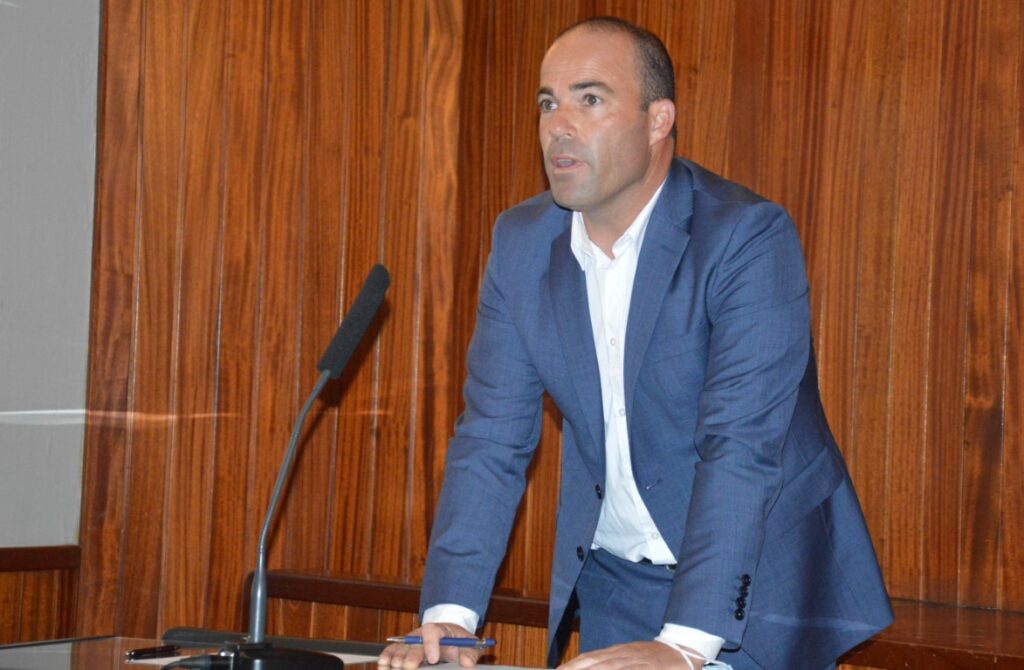 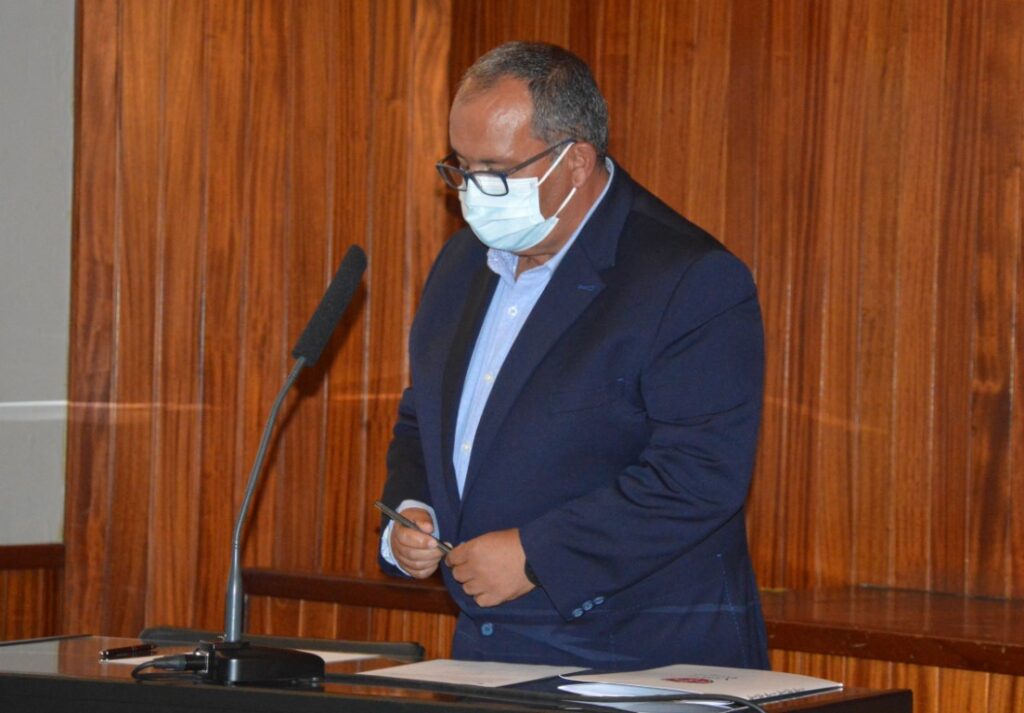 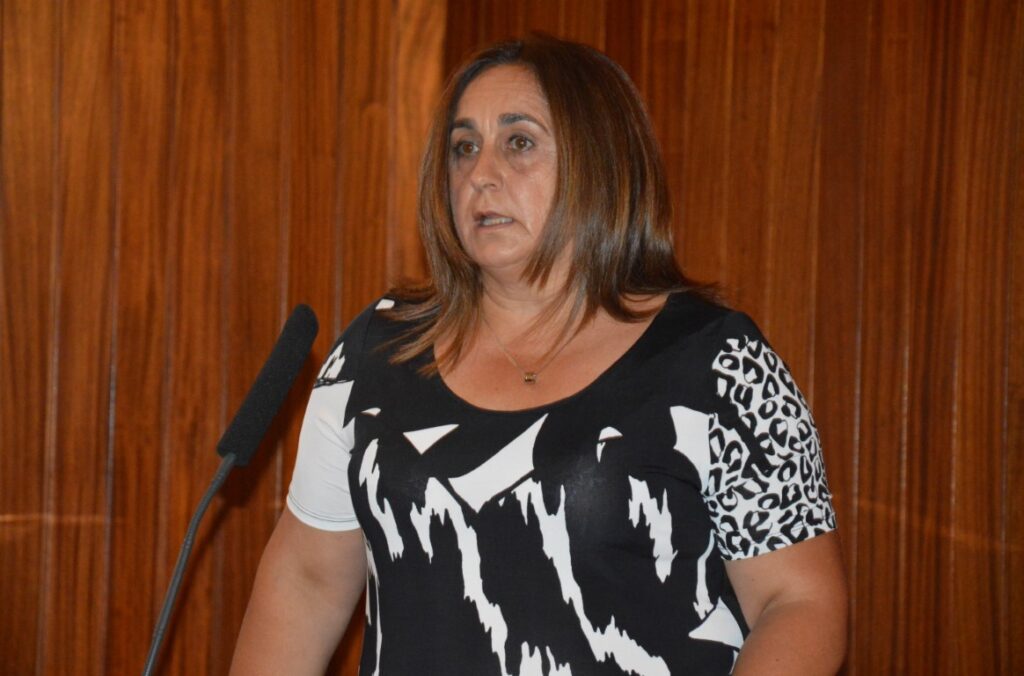 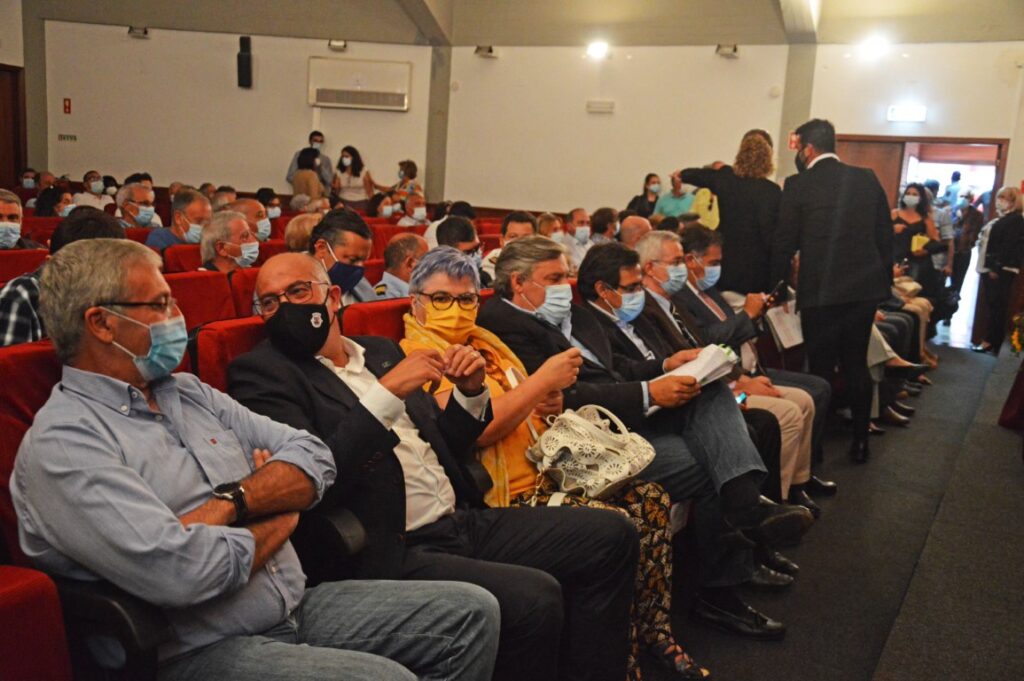 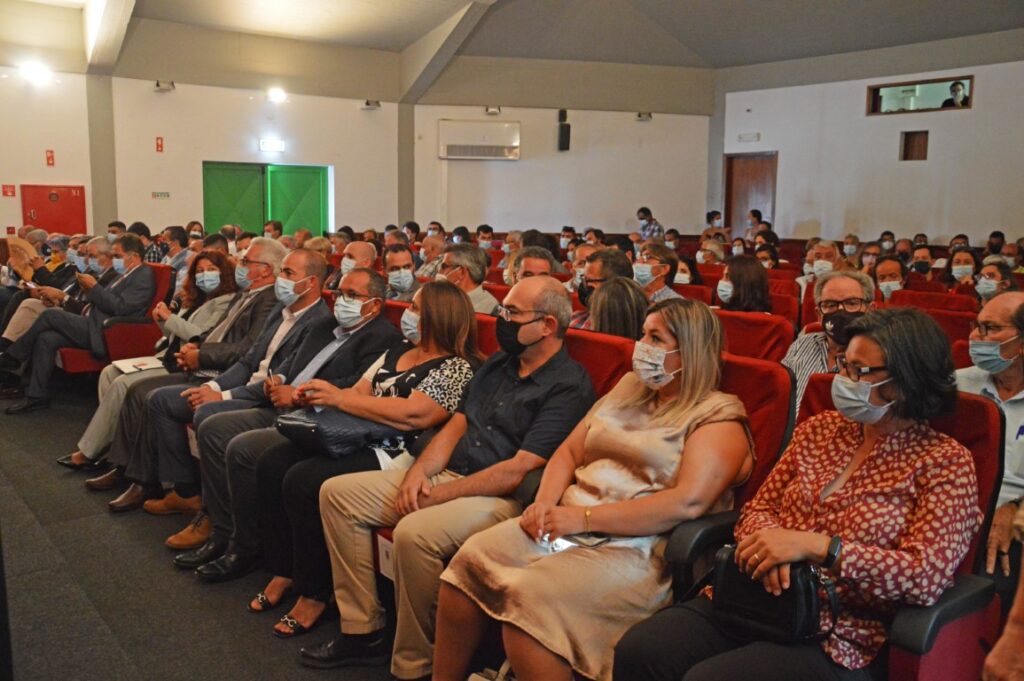 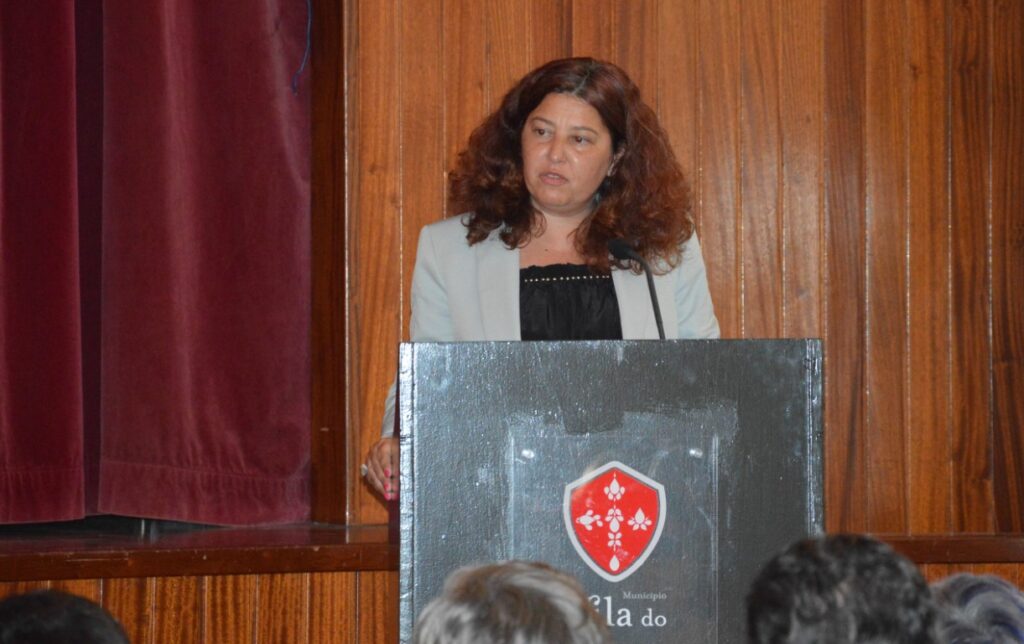 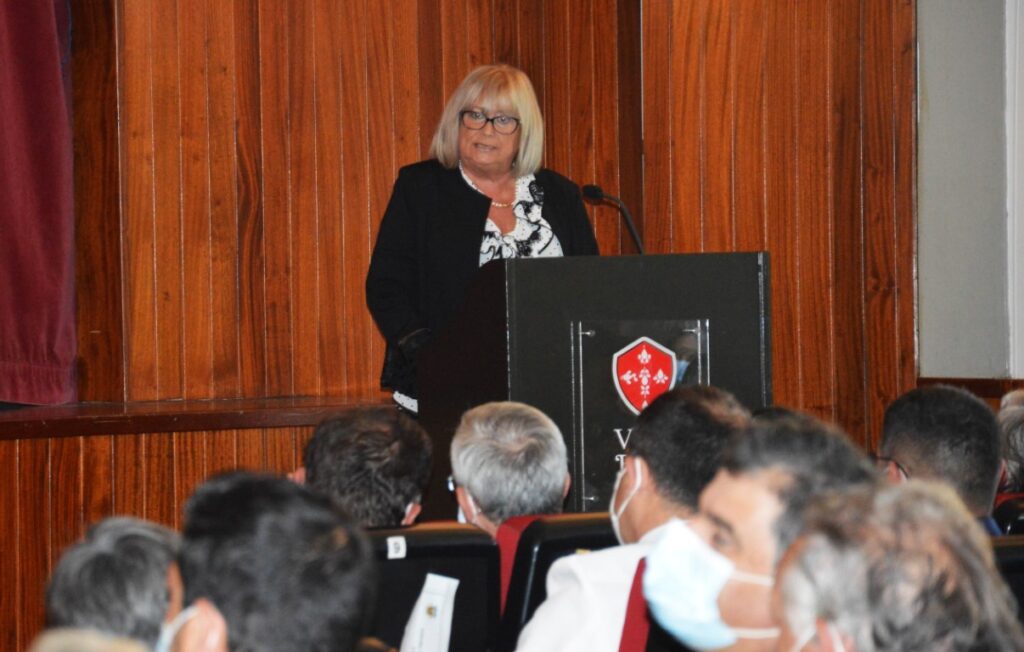 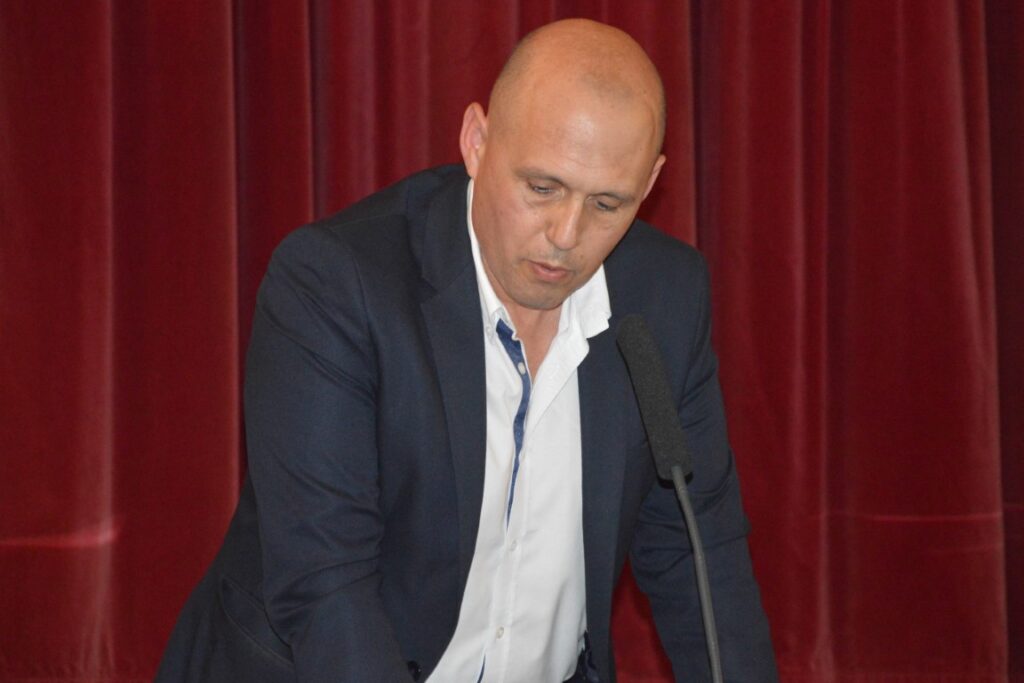 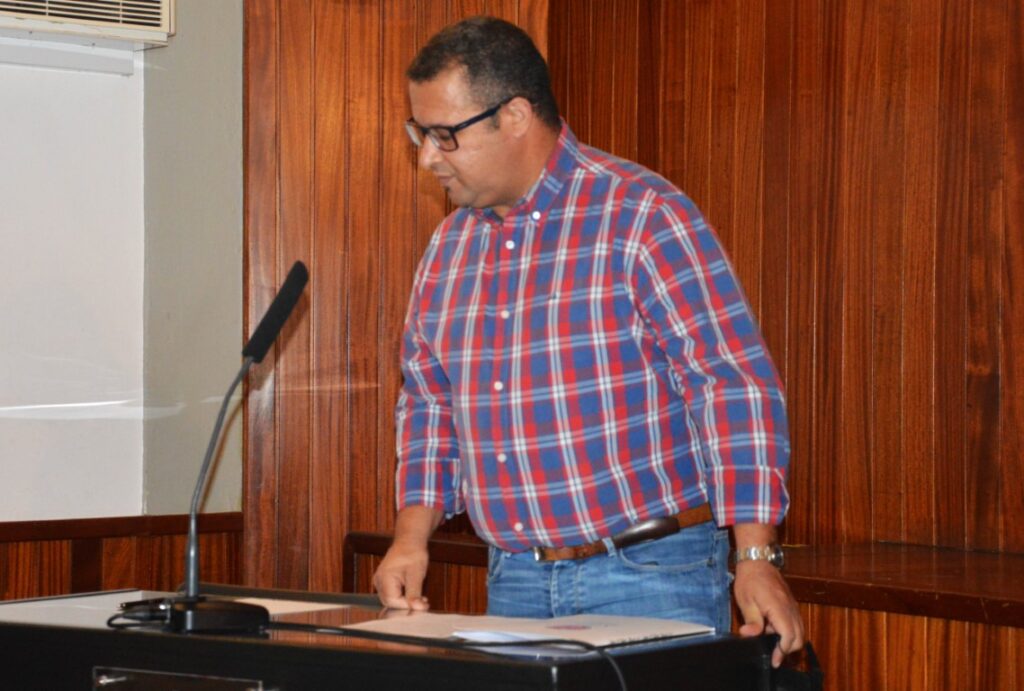 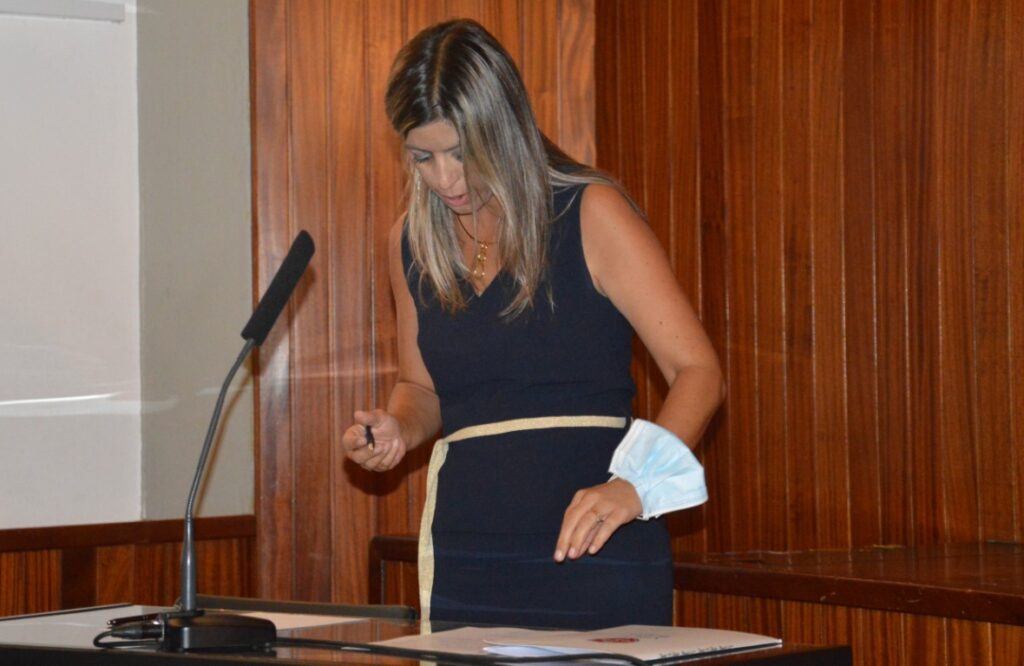 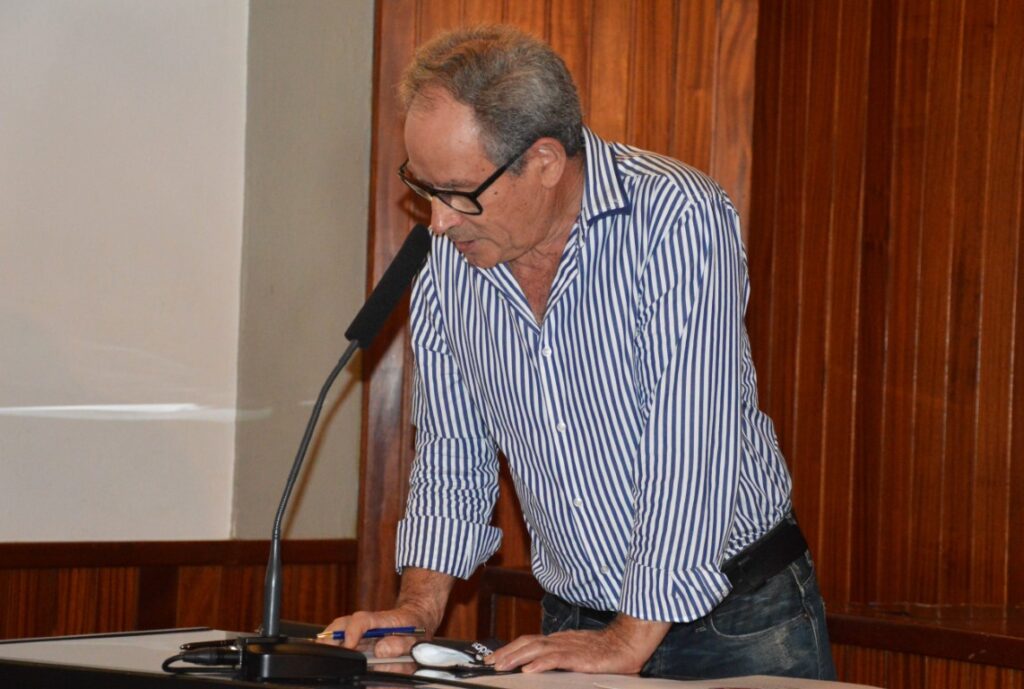 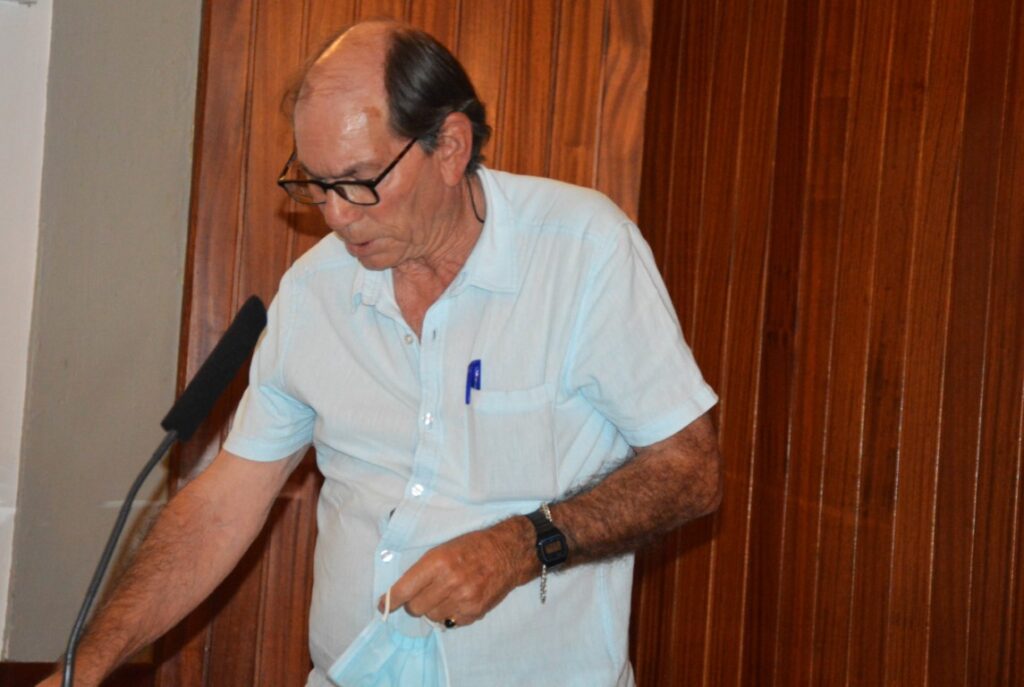 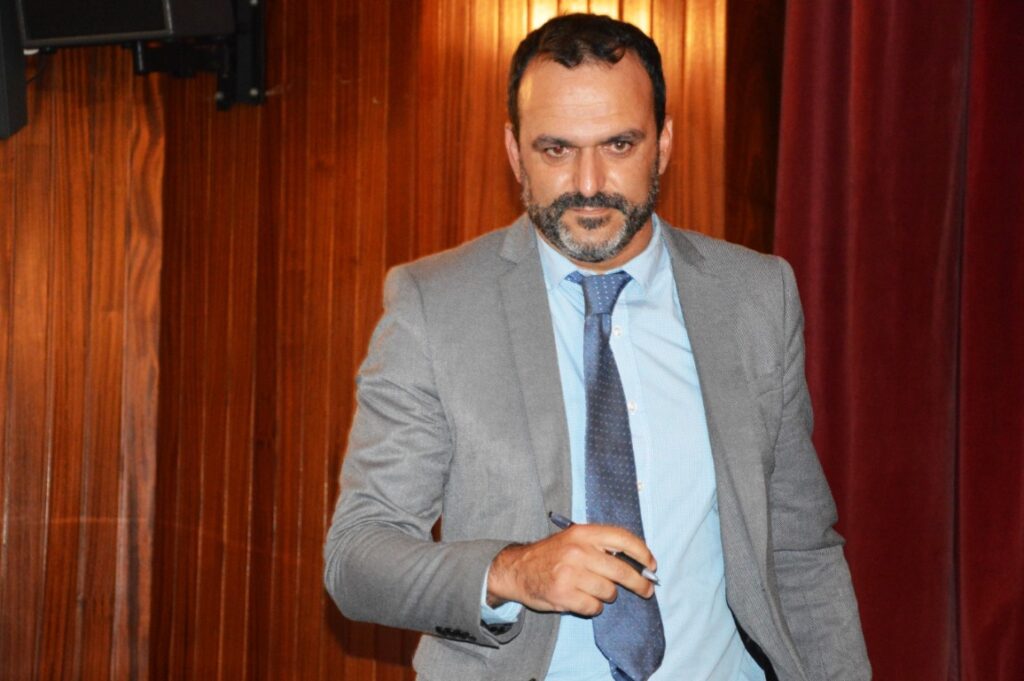 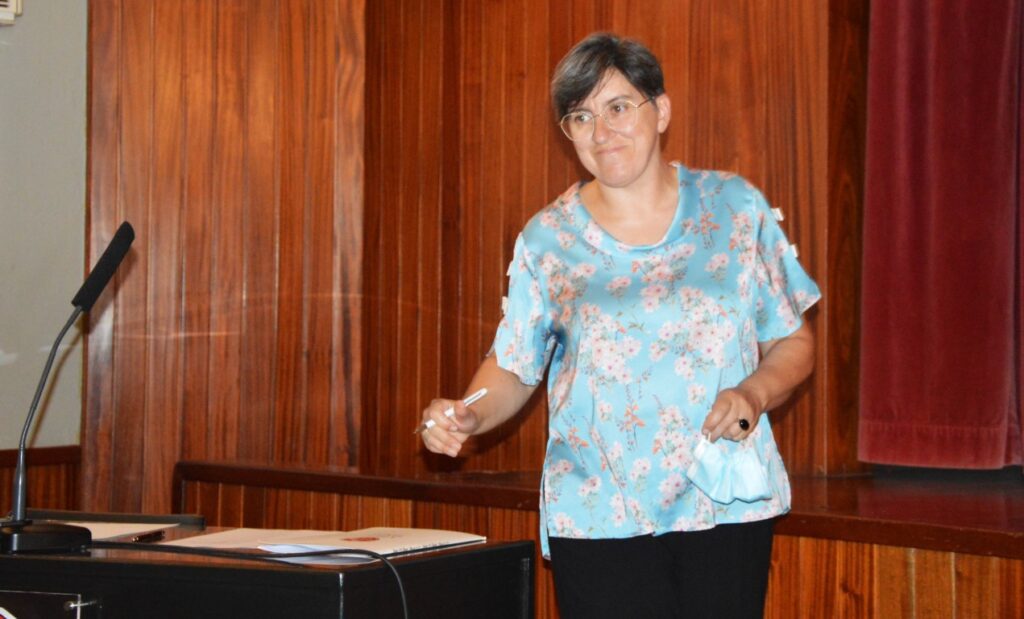 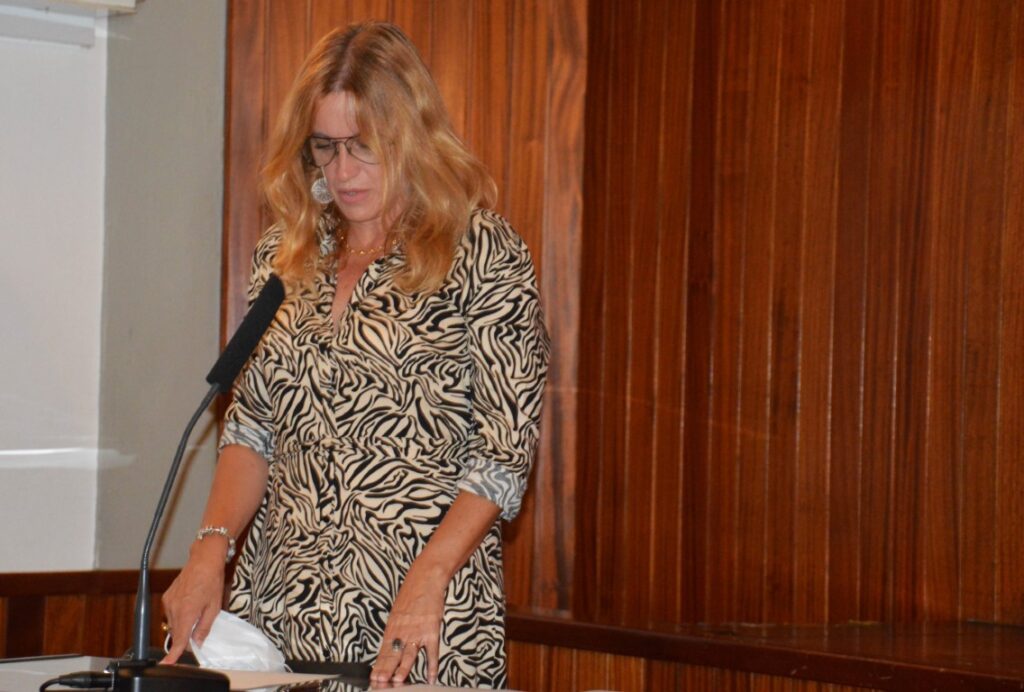 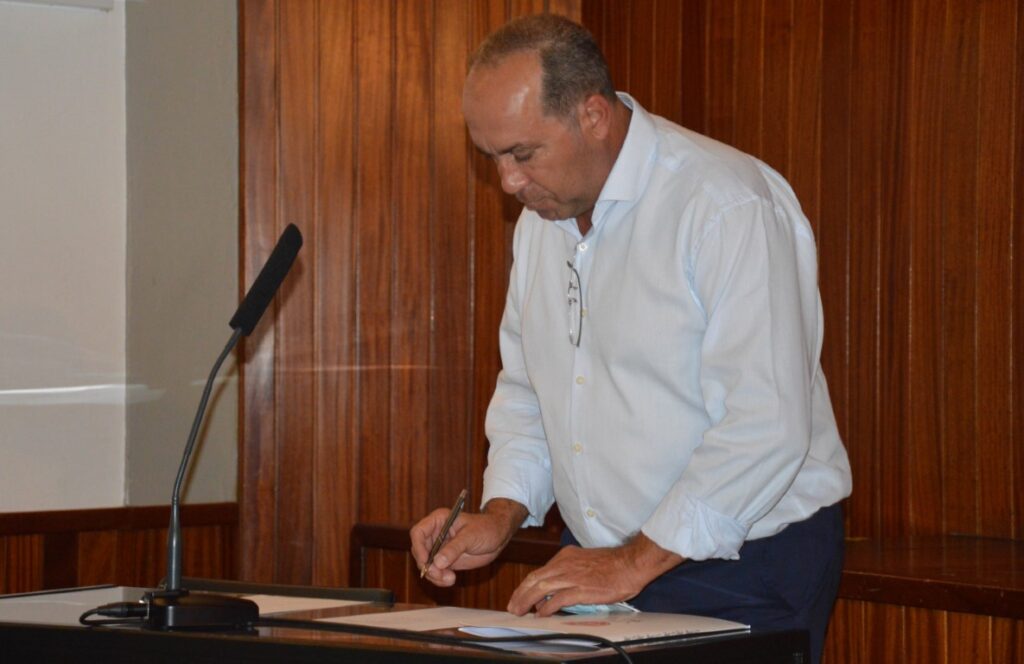 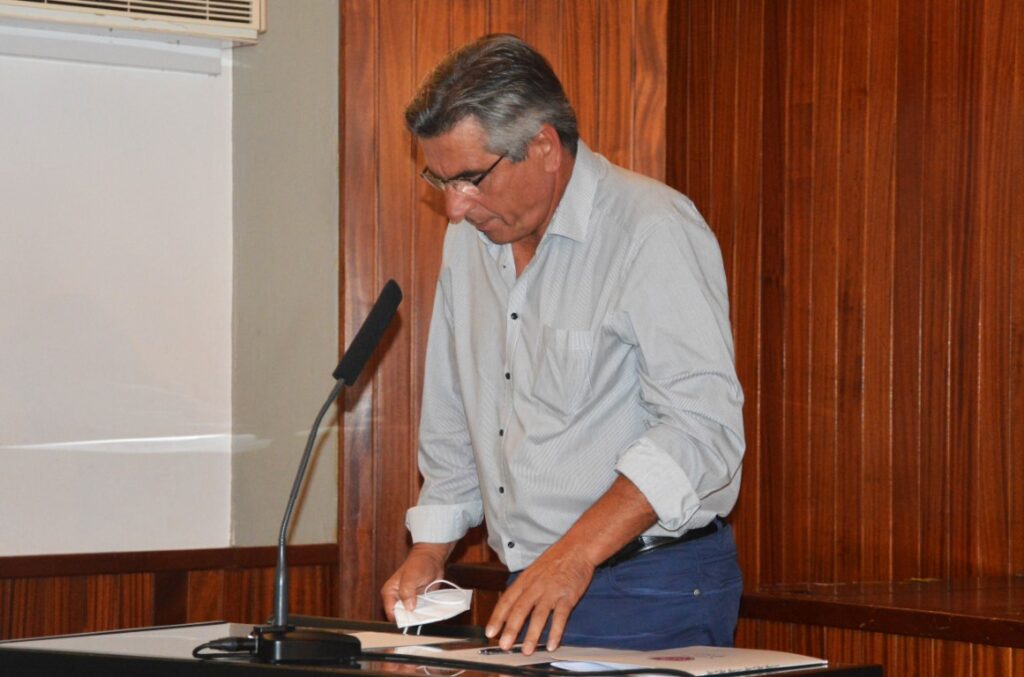 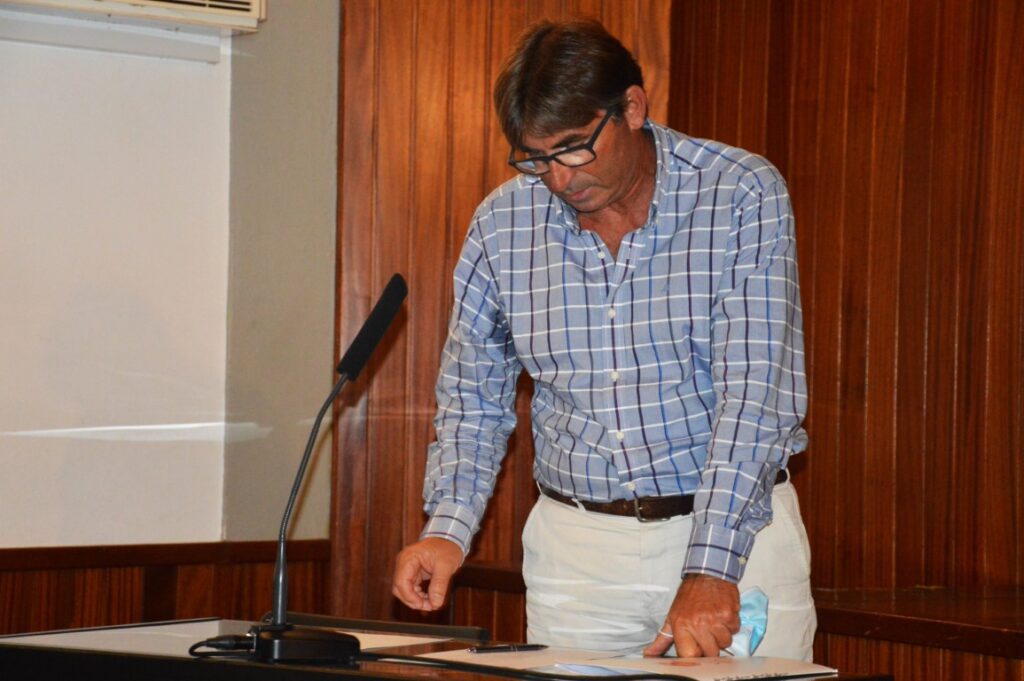 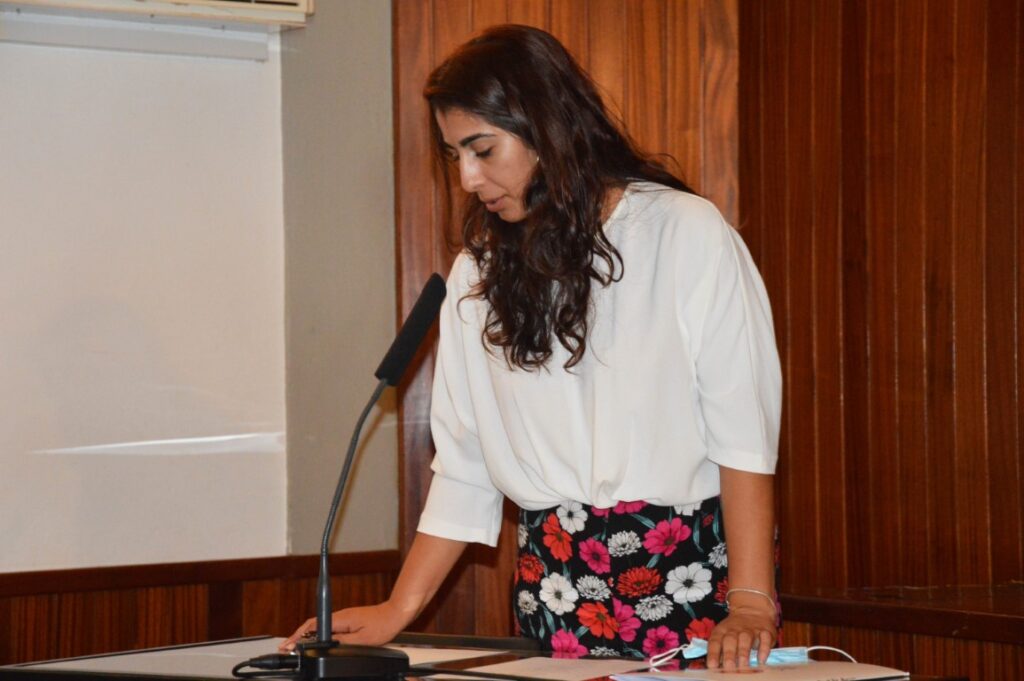 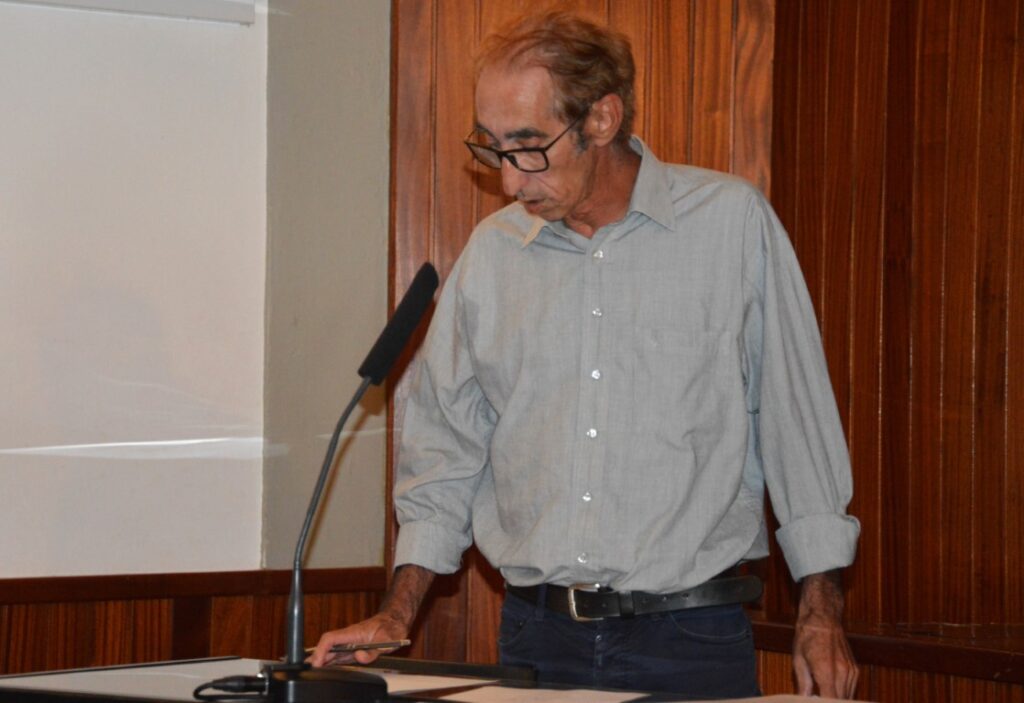 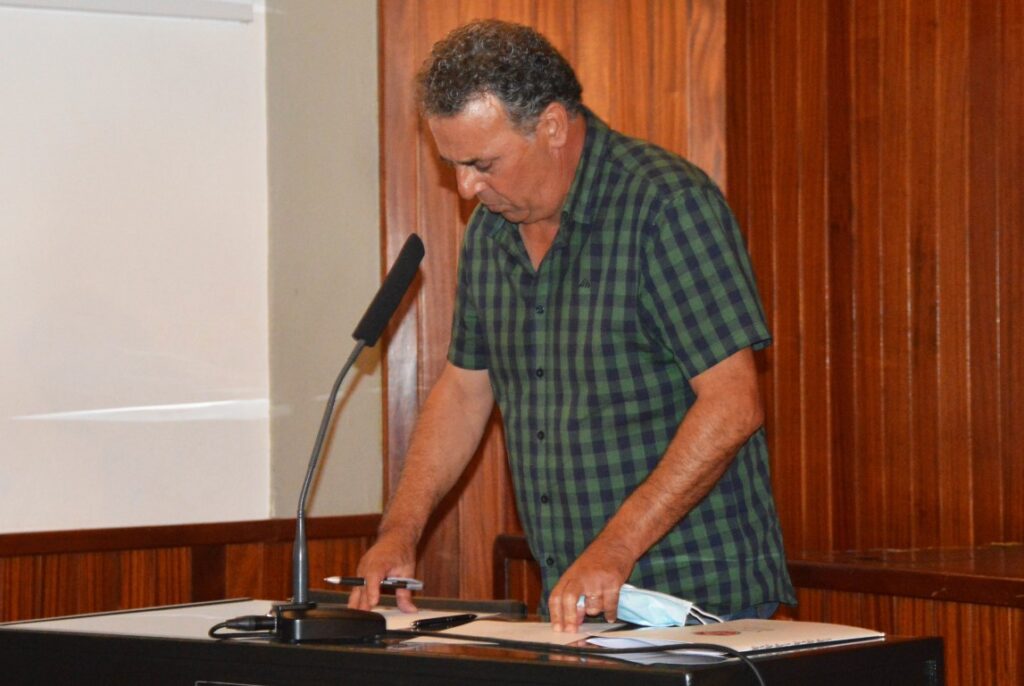 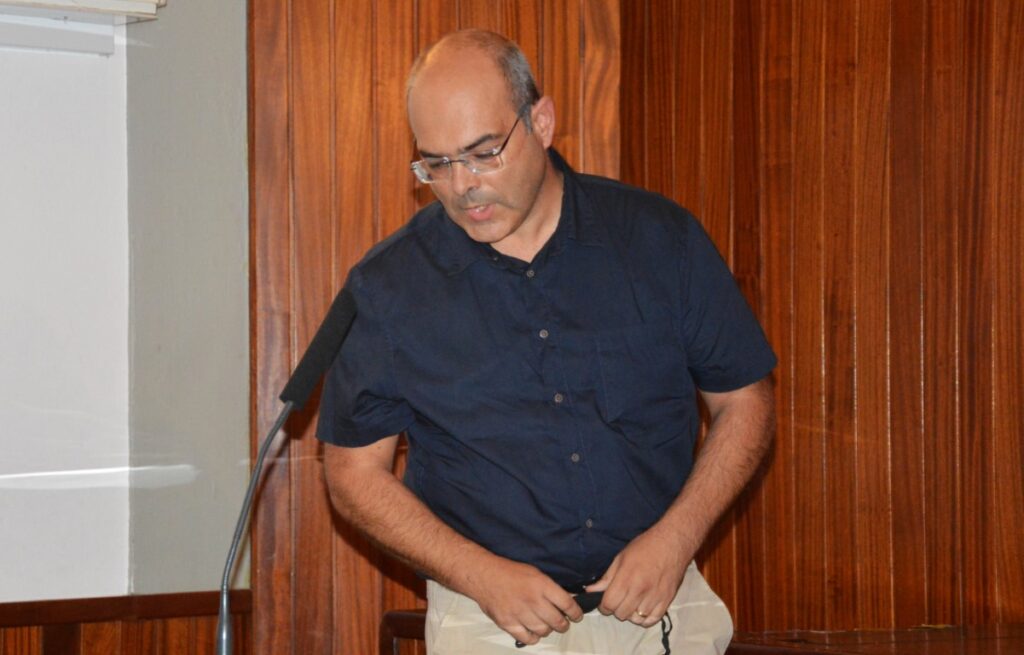 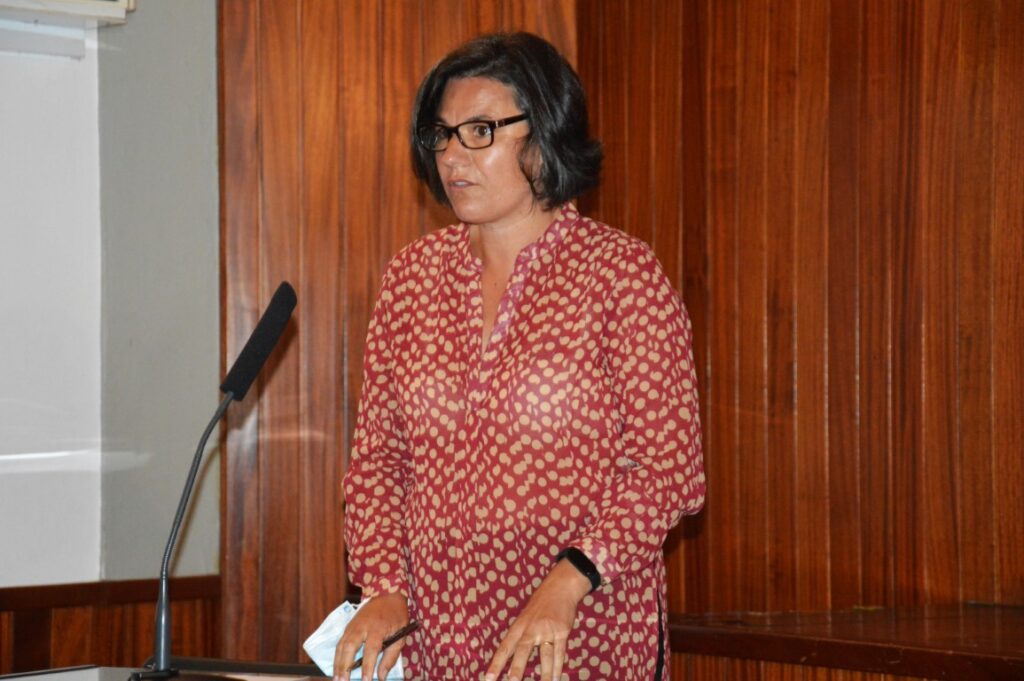 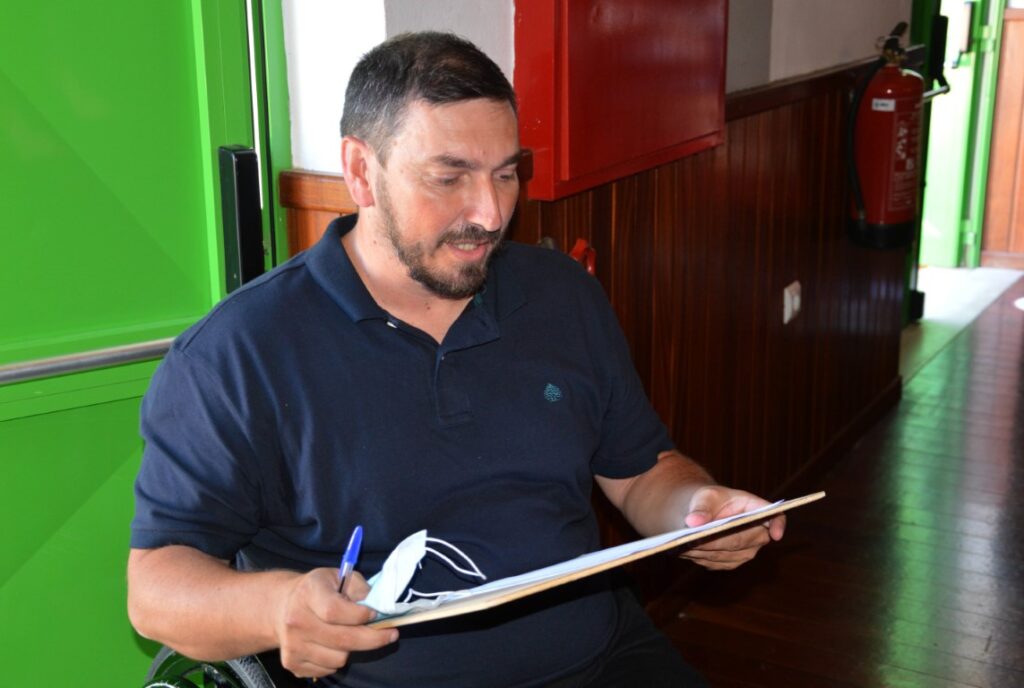 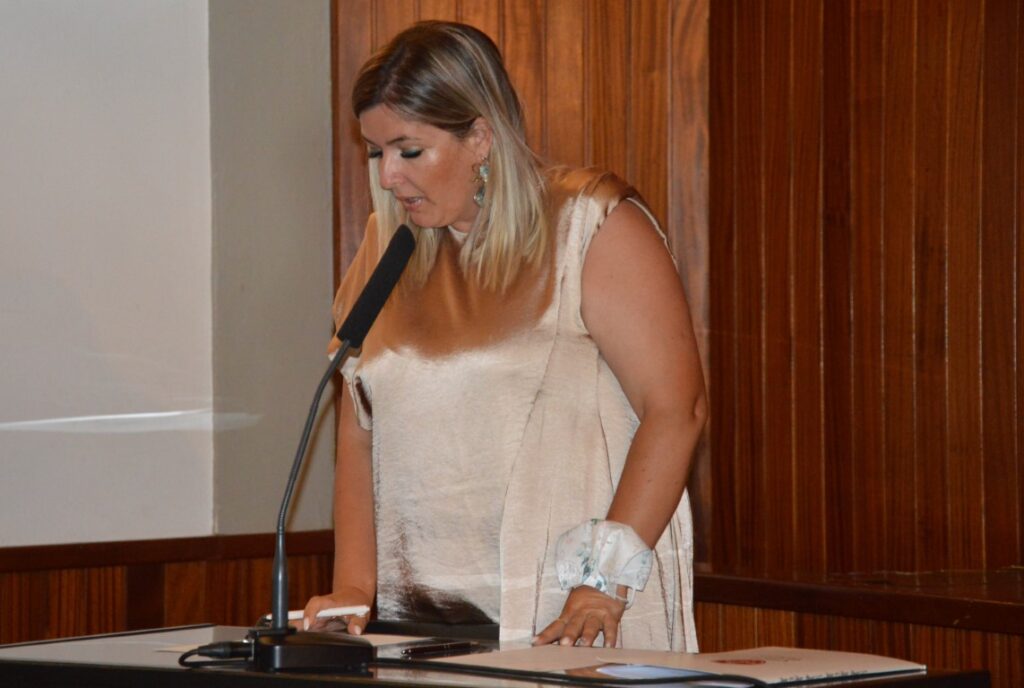 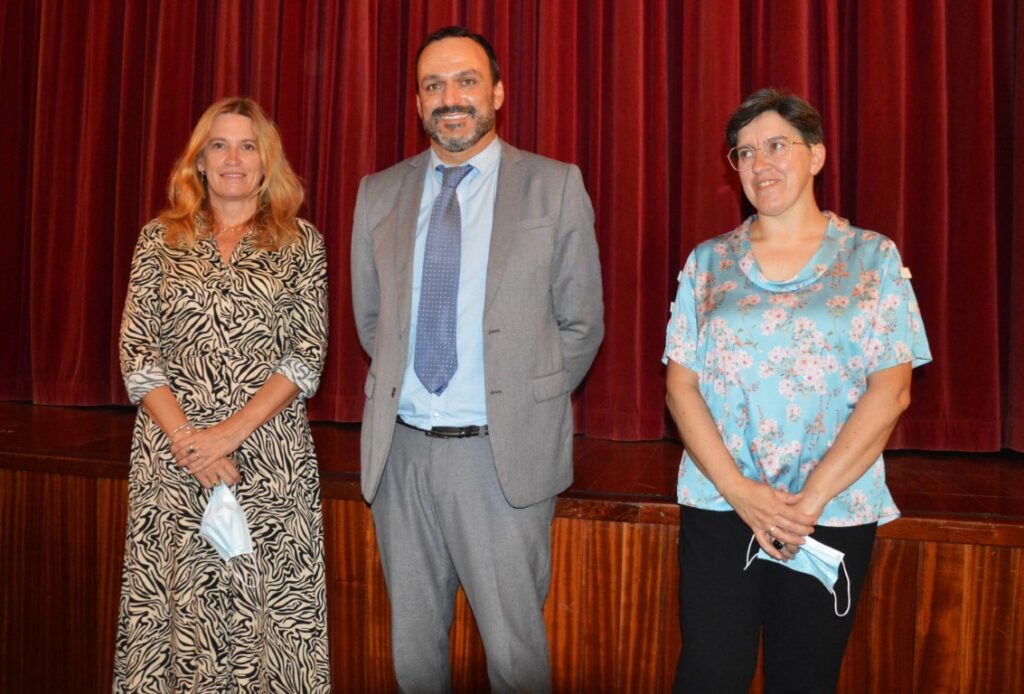 The new board of the Municipal Assembly

The executive council of Vila do Bispo for the period 2021/2025 is composed, in addition to Rute Silva, by Fernando Santana, both elected by the PS, by Dino Lourenço and Luís Paixão, who represent the movement Somos pelo Concelho Vila do Bispo – SPCVB, and by Paula Freitas, elected by the PSD/CDS-PP/MPT and PPM coalition.

The new Municipal Assembly is made up of 15 directly elected municipal deputies, 5 from the PS list, 5 from the list of the Somos for the Vila do Bispo Council – SPCVB, 4 from the PSD/CDS-PP/MPT and PPM coalition list and 1 from the list by BE, and those by the 4 elected presidents of the Parish Councils, 1 by the Unitary List for Progress, 1 by the PS and 2 by the Somos pelo Concelho Vila do Bispo – SPCVB movement.