Replica will be in Lagos until the 31st of October 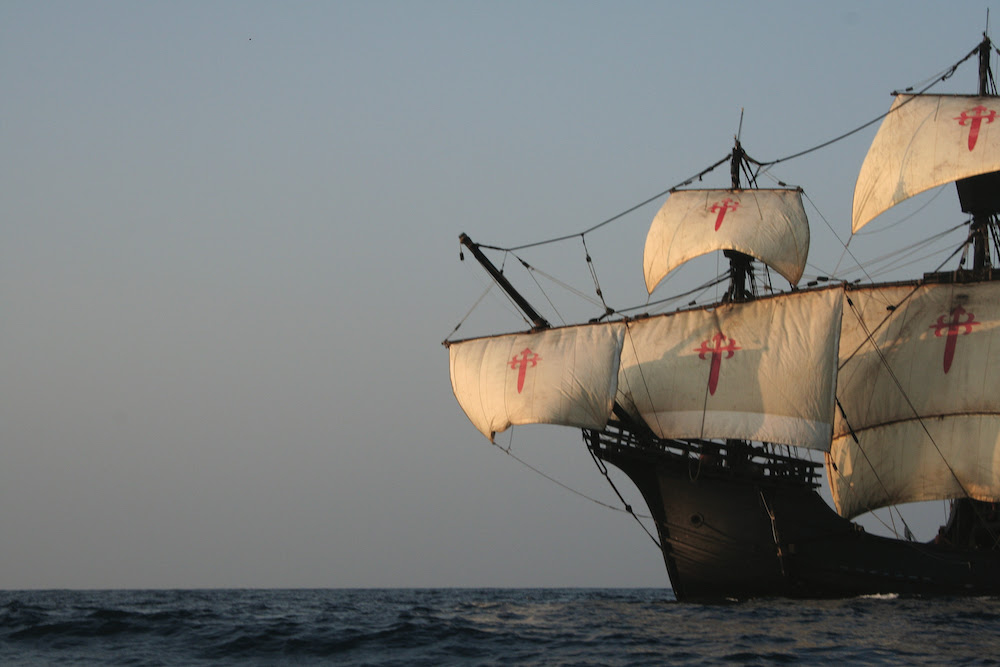 The Nau Victoria, the replica of the 1519th century ship. XVI, who between 1522 and 26 managed to make the first trip around the world with captains Fernão de Magalhães and Juan Sebastián Elcano, will dock at Lagos marina, from 31 to XNUMX October, in an initiative of the “Show Spain”.

During the ship's stay there will be «a program of free visits, guided visits to educational establishments and lectures by specialists on Spanish-Portuguese maritime exploits», says the organization of the “Exhibition Spain 2021”.

This replica “was built in Spain in 1991”, and, in order to delineate the shapes and define the characteristics of the ship, Ignacio Fernández Vial, its designer and builder, “conducted a long process of historical research”.

«An exhaustive study based on documentary sources, chronicles, nautical treatises from the XNUMXth century and iconography of the time, which allowed us to determine its main dimensions, mast, sails and equipment», emphasizes the organization.

In 2004, to commemorate the first round the world, the Nau Victoria departed from Seville again, having sailed 2006 miles until 26.894, and visited 17 countries, this being the first historical replica to circumnavigate the earth.

«Ambassador of the first round the world, symbol of Spanish maritime history, floating museum and training ship», in the last ten years, Nau Victoria has sailed thousands of miles, visited the main ports in Spain, as well as in Europe and the States United States of America, and has more than six million visitors worldwide.

The “Show Spain” started at the beginning of September and continues until 2022 with dozens of activities. This is a biennial initiative whose main objective is “to showcase the dynamism and creativity of today's Spanish cultural industries”.

This is an initiative of the Subdirección General de Relaciones Internacionales y Unión Europea of ​​the Spanish Ministry of Culture and Sport, in partnership with Acción Cultural Española (AC/E), the Instituto Cervantes and the Spanish Embassy in Lisbon.

In addition, in each edition, it had the support of the Government of Portugal, through the Portuguese Republic-Culture, various Municipal Councils, the Instituto Cervantes de Lisboa and different cultural agents, both public and private, from both countries.