The national team consisted of 10 male swimmers from national clubs, having won 31 medals in total 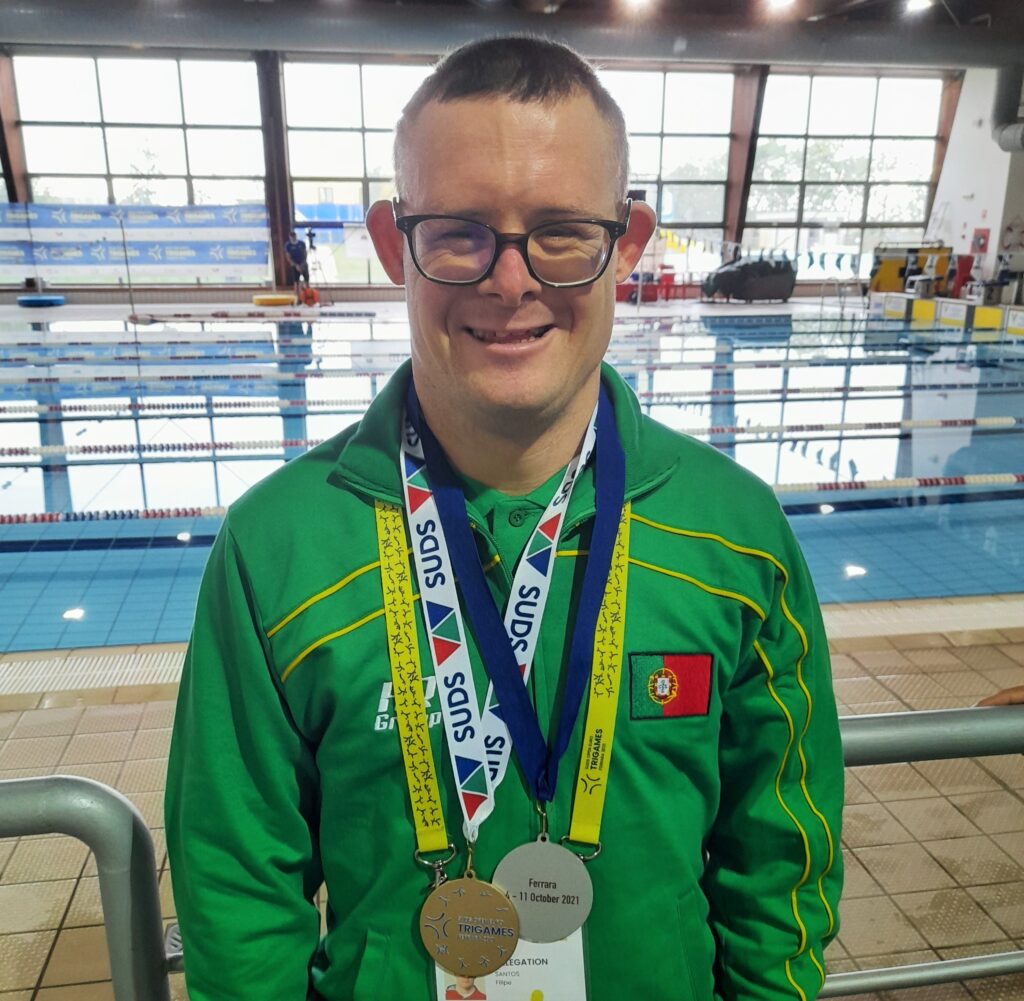 Filipe Santos, swimmer at Lagoa Académico Clube (LAC), won the runner-up title, in the 50 meters freestyle, at the European Championships for athletes with down syndrome that took place until this Sunday, October 10, in Ferrara (Italy).

The national team consisted of 10 male swimmers from national clubs, having won 31 medals in total (17 gold, 9 silver and 5 bronze).

Three World records were achieved, one in Europe, 18 nationals and 45 finals, occupying the second position in the ranking of the teams with the most medals.

Next year, the city of Albufeira will host the Swimming World Championship for athletes with Down Syndrome (DSISO) between 15 and 22 October 2022.