The National Championship was organized by the National Football Federation, with the support of the Municipality of Albufeira 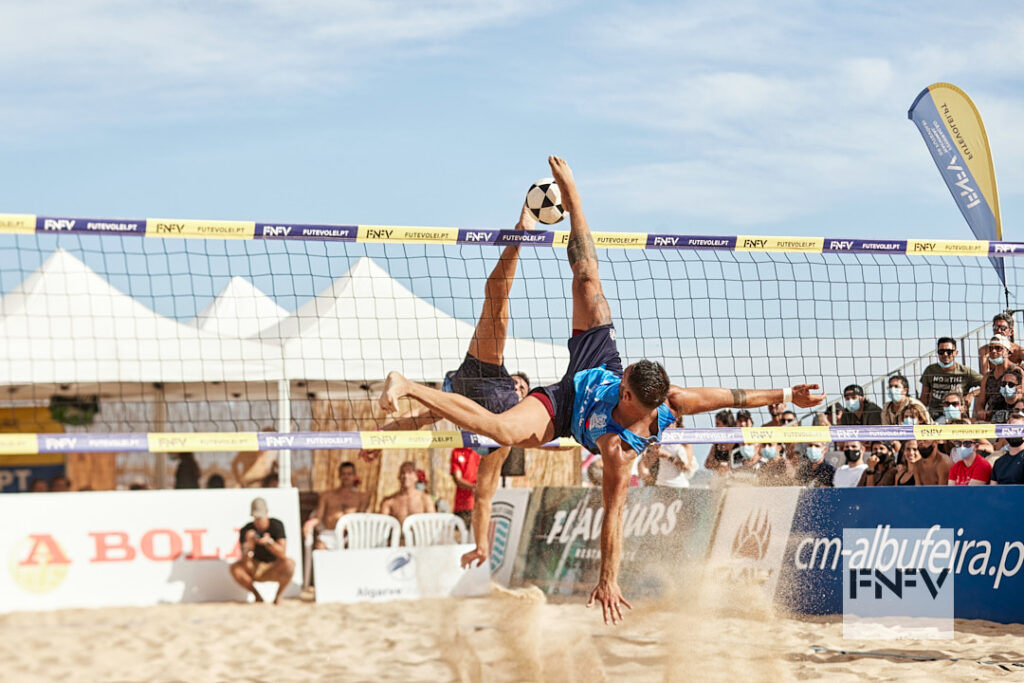 The final brought together the athletes with the most national and European titles. On the one hand Miguel Pinheiro, now forming a team with Filipe Santos, and on the other Nelson Pereira, teaming up with Beto Correia, both teams representing CD Póvoa.

After a very tight first set, with the marker stopping its march in 18-14, Miguel Pinheiro and Filipe Santos got the advantage in the second set and closed the game in 18-11.

«The event was once again attended by the public in the stands, which vibrated with the magnificent sporting spectacle provided by the main athletes of the sport», says the City Council of Albufeira.

The most memorable moments were covered in livestreaming worldwide and the final was broadcast on the sports channel A Bola TV.

The National Championship was organized by the National Football Federation, with the support of the Municipality of Albufeira.