Ronaldo made history in the Algarve with an encore against Ireland

The team suffered, but ended up in glory 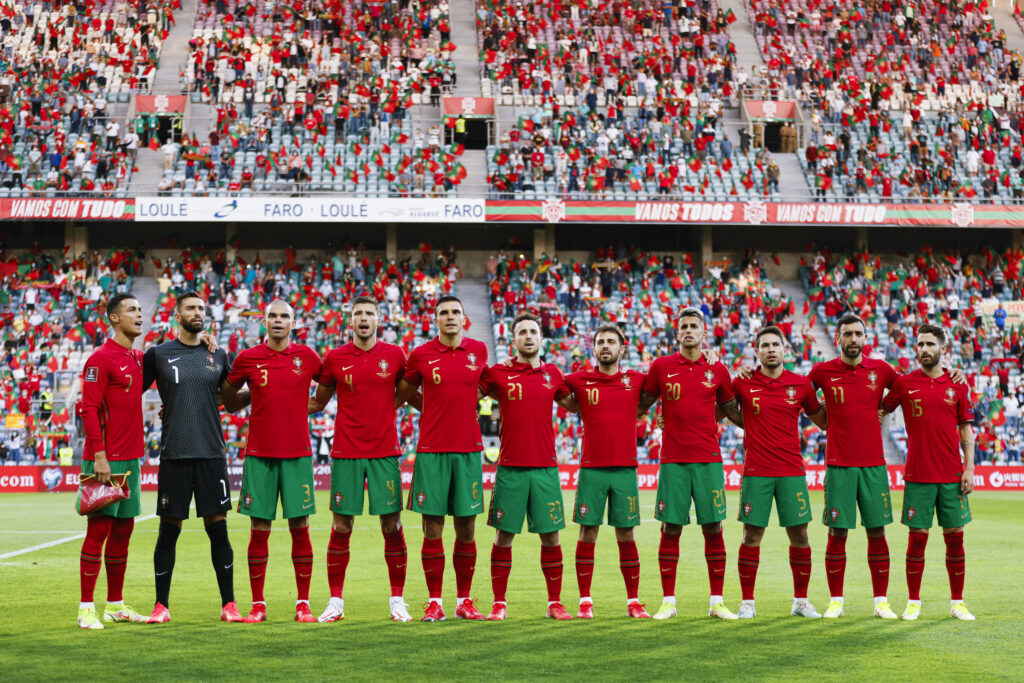 Until 89′, everything seemed lost. But, in the last few minutes, Ronaldo appeared (who else?). The Portuguese ace scored twice in the match and gave the victory, this Wednesday, 1 September, to Portugal against Ireland by 2-1, beating the Estádio Algarve, the record for player with the most goals in history for a national team .

You know that big game feeling? Today he returned to the Algarve region.

The stadium was sold out (within what is still allowed) to watch this national team match: there was no lack of chants, applause, or flags.

Fernando Santos' team started well, more attacking and after the 9th minute they had a sovereign opportunity to score. The Irish defense risked going out to play, but Bruno Fernandes recovered the ball, still inside the area, and was fouled.

With doubts, Slovak referee Matej Jug went to the VAR, but even pointed to the penalty spot. It was Ronaldo's moment that, if he scored, he broke the record for most goals by a player in the service of a national team.

But even the best of the best also fail and Ronaldo allowed goalkeeper Bazunu to defend.

Ireland even gained some spirit with the wasted penalty, but Portugal had another chance in the 27th minute.

Cancelo – one of the best on the field – crossed well and Jota appeared at the far post. The Liverpool player's header slammed into the iron.

Until, in the 44th minute, what no Portuguese fan wanted happened.

A corner, hit on the left, found Egan free from the first post and the Irishman's header only ended up in the back of Rui Patrício's net. The 0-1 was made for the away team.

In the second part, Fernando Santos took Rafa out and launched André Silva, starting to play with two spearheads.

The first sign of danger came from the boots of Bruno Fernandes, whose shot, in the 55th minute, from outside the area, came close to the post.

At a disadvantage, Portugal needed to score and were even more attacking: however, with no real chances.

In the stands already felt the nervousness of the fans who were even more irritated in the 74th minute. Bernardo Silva, unopposed in the area, shot over when the goal was already screaming.

The game was drawing to a close, but Ronaldo, who missed the penalty in the first half, still had his say. At 89′, Guedes, who had entered a few minutes ago, crossed and the Madeiran ace headed for the tie.

This was a special goal for Ronaldo, who, with 110 goals, broke the record of Iranian Ali Daei as a player for the most goals in the service of a national team.

The last few minutes were electrifying and ended in euphoria. At 90+5′, Ronaldo reappeared and scored twice in the match, with another header.

The stadium raved, Ronaldo too and the referee declared the game over. The night was really his: CR7.