a person was injured 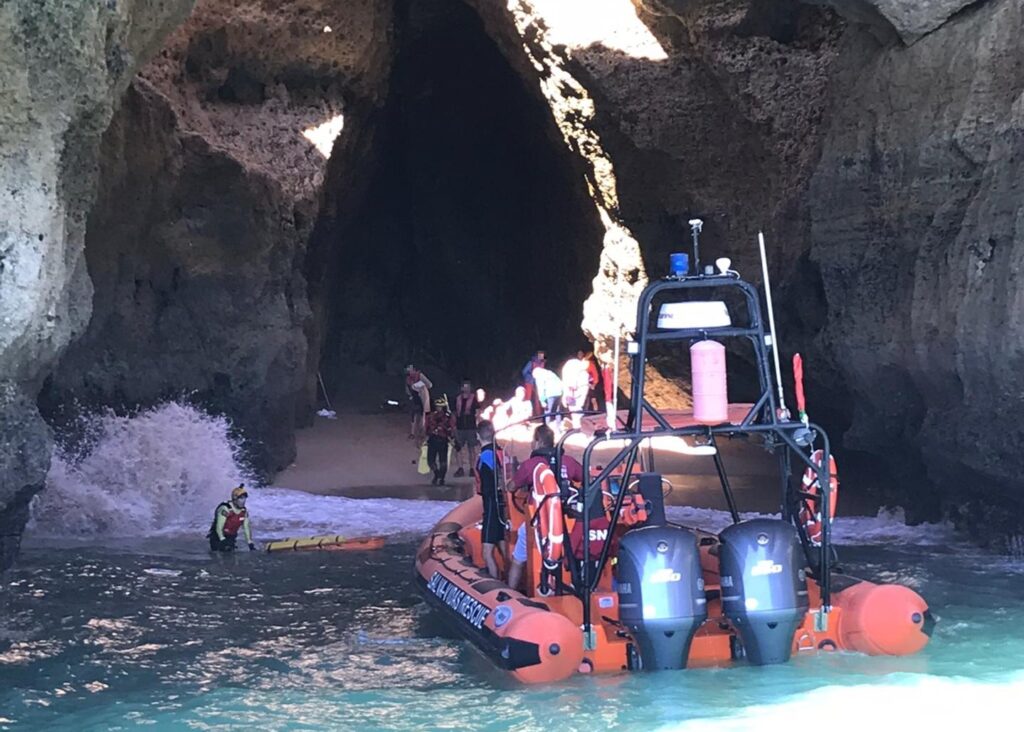 Eleven people, including two children, were rescued this afternoon by elements of the Ferragudo Lifesaving Station, after having been projected from a maritime-tourist vessel, in a cave, next to the farol of Alfanzina, in the municipality of Lagoa.

According to the Maritime Authority, the alert was received at 14:12 pm, through the Lisbon Maritime Search and Rescue Coordination Center (MRCC Lisbon), "informing that a vessel with ten people on board had capsized".

For the rescue, in addition to the Ferragudo lifeguard, a vessel belonging to the local Command of the Maritime Police of Portimão was also activated.

When they arrived at the place, the elements of the Lifesaving Station located the 11 people already on land and rescued them to the Ferragudo pier, where the victims received assistance from the Lagoa Volunteer Firefighters and the “SeaWatch” Project.

One of the members of the group suffered minor injuries to his leg and was transported to hospital.

The maritime-tourist vessel was towed, for safety reasons for navigation, to the marina of Portimão.