The September sky, the month of the beginning of autumn and the 45th anniversary of the “amartage”

Today, the 3rd of September, marks the 45th anniversary of the docking (landing on Mars) of the Viking 2 spacecraft 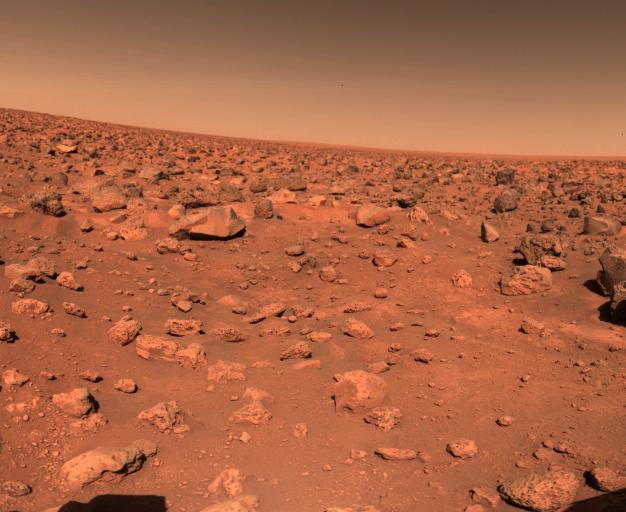 The first relevant ephemeris of this month is the passage of the Moon along with Pollux, one of the two heads of the constellation Gemini. This orange giant star (and therefore more evolved than the Sun) has an exoplanet 2,3 times the mass of Jupiter.

This event coincides with the 45th anniversary of marshal (landing on Mars) of the Viking 2 spacecraft. However, it will be difficult to commemorate this ephemeris by observing Mars as it is too close to the Sun.

In the early evening of the 5th, we will watch the sunset of Venus next to the star Spica (or Spike) of the constellation Virgo. This is one of the 20 brightest stars in our sky. The Espiga star is a binary system, whose components are so close together that their gravitational attraction makes them not spherical in shape, but rather elongated like an egg.

At dawn on the 7th, the New Moon will take place. As this lunar phase occurs when the Moon is facing the Sun, it is impossible for us to observe it. Two days later, this problem will no longer exist. At this point, our natural satellite will be seen between the planets Venus and Mercury.

The fourth crescent will take place at the beginning of the night of September 13th, and, on the following day, Mercury reaches its greatest elongation (distance) to the east in relation to the Sun, being the best time to observe it.

On this same day 14, the planet Neptune will be in opposition: the position diametrically opposite to the Sun, being the time of year when Neptune will be closest to us.

Despite its closer, observation of this planet will still require the use of a telescope (or binoculars with a large aperture).

Between the morning of the 17th and 18th, we will notice how the Moon passes from the vicinity of the planet Saturn to Jupiter.

The Full Moon will occur at the beginning of dawn on the 21st. Also on these days, it will be time to find the planet Mercury next to the star Espiga.

As happens at the end of each winter and summer, at 20:21 on the 22nd, the earth's equator and the sun will be aligned. In Portugal, we say that this equinox is autumn, as, from this moment on, the Sun is seen below the celestial equator, thus marking the beginning of this season.

At the end of the month, we have the waning quarter of the 29th, which precedes a new passage of the Moon by the star Pollux on the last day of the month.

Author Fernando JG Pinheiro is a researcher at the Physics Department of the Faculty of Sciences and Technology at the University of Coimbra and CITEUC – Earth and Space Research Center of the University of Coimbra.
His fields of expertise include Astrophysics, Geomagnetism and Space Meteorology.
In addition to his work as a researcher, he has already held positions in the governing bodies of the Portuguese Society, and coordinated the group Solar System Science of CITEUC.
Fernando Pinheiro is also a regular contributor to scientific dissemination activities.