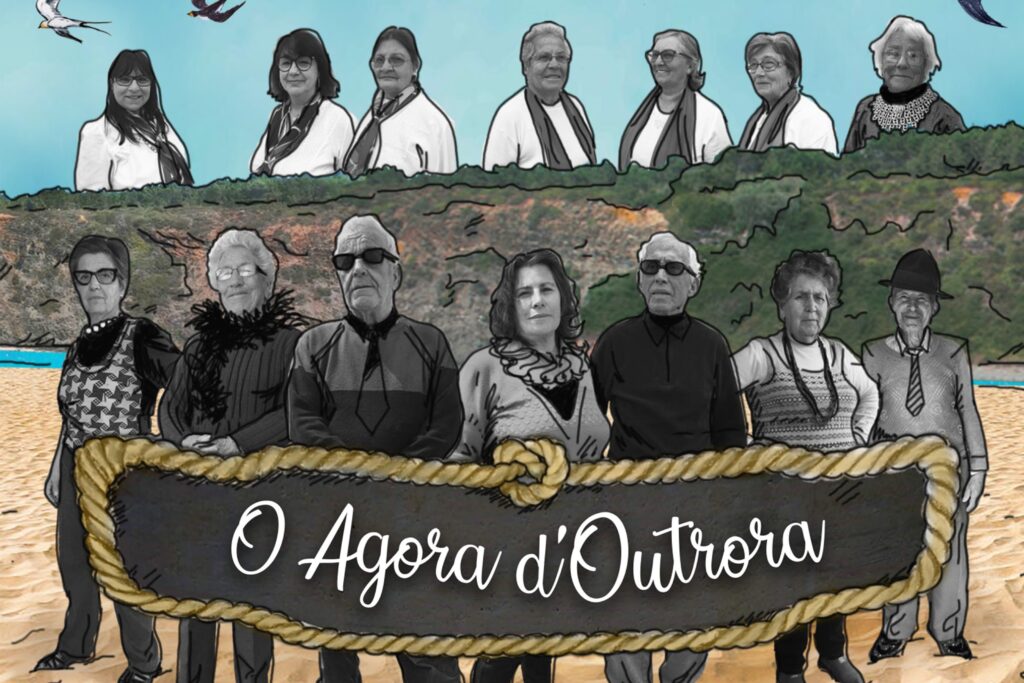 During the first confinement, the idea brought together members of the Rogil and Odeceixe (Aljezur) Choirs to conductor André Duarte. Kitchens, living rooms, bedrooms and old primary schools have been transformed into recording studios and now, more than a year later, the album “O Agora d'Outrora” appears.

This is a bet of the municipality of Aljezur and the cultural association “Tertúlia” and the album is already available in its entirety, to be listened to, on several digital platforms.

The album, now released, registers «the richness of the immaterial heritage existing in Aljezur, where the elders are its faithful trustees, where the songs, tales and voice of those who, with the courage to face the new, come together and it overcomes new challenges», explains the City Council of Aljezur.

During this first confinement, the members of the Rogil and Odeceixe Choirs began to send, with the help and involvement of their younger family members, audio messages by Whatsapp, with songs, to the conductor and arranger André Duarte, also known as Júnior, member and co-founder of the band of world music Terrakota.

In his house, the musician had the idea of ​​dedicating himself to the creation and recording of instrumentals about the “raw material” he was receiving.

By sharing the result of their work with the choir members, the surprise and happiness demonstrated began to «plant the seed for something imperative and fundamental, which was the recording of a record that would compile the artistic contribution and cultural heritage of the people of the municipality» , begins by saying the municipality of Aljezur.

The voice captures made in kitchens, living rooms, bedrooms, old primary schools and in André Duarte's personal studio, later, were the target «of an elaborate musical production, in a careful way and with a contemporary approach in the arrangements and design of it', he explains.

The municipality of Aljezur then embraced the idea of ​​recording “O Agora d'Outrora”, a record “that follows a narrative of past, present and future events related to the region and its customs, told and sung by various performers, authors and musicians from the county».

This is a collection and musical production that fuses the traditional with the modern, creating a work across all generations, which unites a people and educates a nation.

The album is the result of a commitment by the municipality of Aljezur and the Cultural Association “Tertúlia”, based on the Entrelaçar Program, an initiative created by both in 2015. It promotes active and healthy aging through recreational, cultural and artistic activities of a regular nature and continued and from where the Rogil and Odeceixe Choirs were created, which had great relevance in this process.

The work has the participation of numerous guest musicians from different areas of Portuguese music, with the mixing and mastering by Ivan Pereira and the cover artwork by Celine Jacinto and Hugo Baço.

The album can be heard in its entirety through digital platforms Youtube ou Spotify.