Concert will have free but limited admission 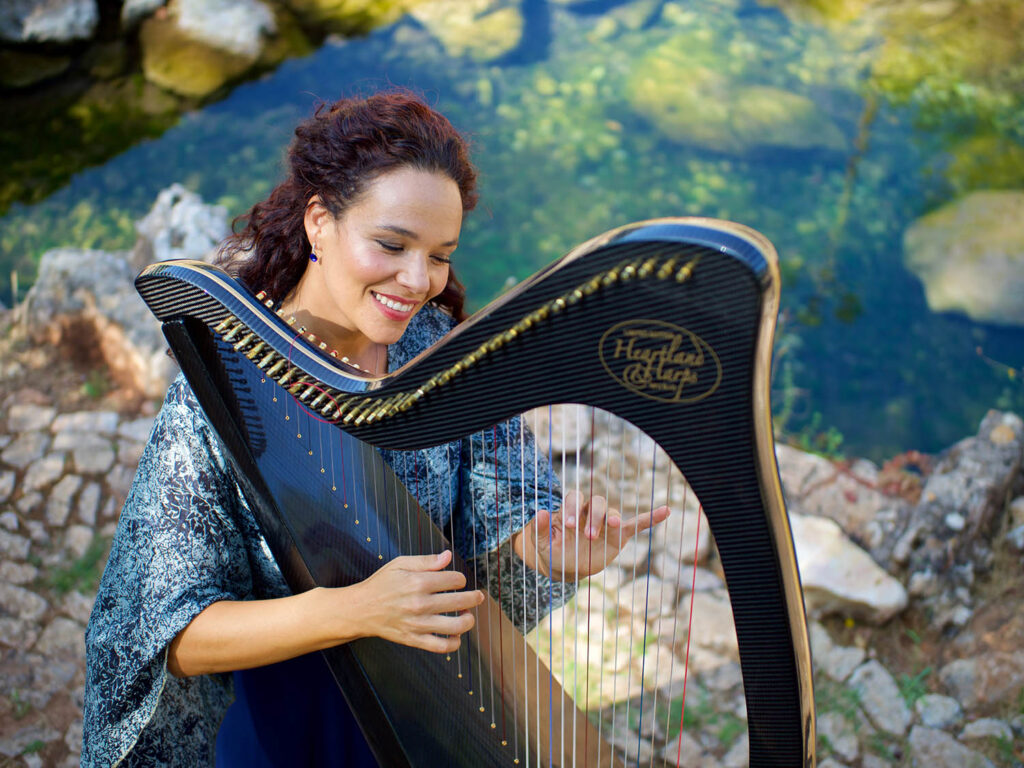 Harpist Helena Madeira will give a concert at the Igreja Matriz in Paderne, on the 1st of October, International Music Day, at 21 pm, as part of the programming of the first edition of the Algarve Harp Festival.

Helena Madeira, singer and harpist residing in the Algarve, graduated in Anthropology and Italian Language, began studying lyrical singing in 2004 and, from 2007, attended the course in Singing and Harp at the National Conservatory in Lisbon.

Despite having worked at the Hot Club Jazz School, Helena Madeira defines herself above all as self-taught and in a constant search for techniques and influences, exploring the therapeutic power of music and movement.

He was the lead singer of the band of world music MU, with which he edited two albums and took up his solo career, having already published his second original album in February 2020 – Cenário Divergente – which is a return to the roots of Portuguese music, where the harp was crowned as a sovereign queen in musical composition and who serves the Portuguese musical soul like a glove.

O Festival is produced by cultural association Ideias do Levante, in partnership with several municipalities in the Algarve. In each edition, the collection of donations is proposed to help non-profit institutions in the Algarve in the area of ​​social and human support.

The collection of donations for this edition, in general, reverts to SOS Oncológico, a non-profit association with a regional scope (Algarve), which aims to support Oncological Patients and their Caregivers.

This event is free to participate and recommended for ages 6 and up. It will follow the recommendations of the DGS - General Directorate of Health, and it is necessary to collect a ticket at a place to be designated or, on the day of the concert, close to the time, near the entrance to the space where the concert will be held, if tickets are still available .

More information about the tickets can be obtained, closer to the date, at the Albufeira Town Hall website.

A Ideas of the Levant is a cultural association, founded on April 27, 1995, with headquarters in Lagoa and extension in Portimão (Espaço Portas do Sol), with activity around cultural training, production and promotion, through regular and specific projects, not only, in the area of ​​performing, visual and literary arts, as well as in the area of ​​health and well-being.