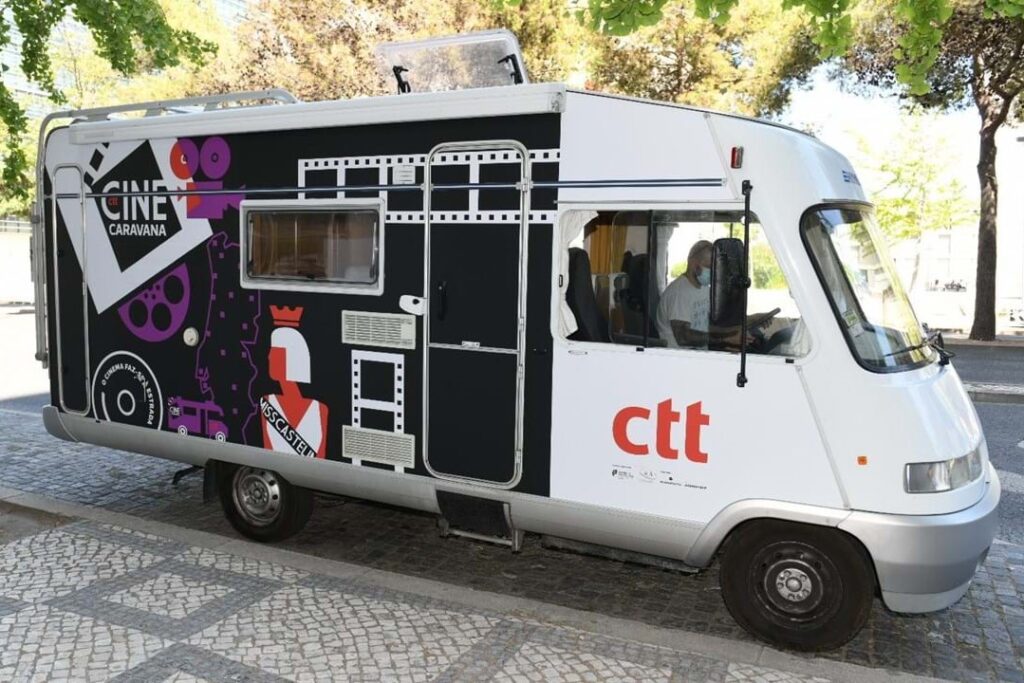 The Cine-Caravana has the Algarve on its route, passing by Silves, on the 10th of September, with the film “Axilas”, and by Portimão, on the 11th, with “Bem Bom”.

The initiative, a project that received Ad Hoc support from the Institute of Cinema and Audiovisual, and which established a partnership with CTT – Correios de Portugal, has been showing major national productions, in squares and gardens from north to south of the country, passing through all districts.

On September 10, at 21 pm, Silves receives the screening of the film “Axilas”, by José Fonseca e Costa.

Tickets are free and can be collected at CTT stores in Silves and Armação de Pêra, during the respective opening hours.

In Portimão, on September 11, at 21 pm, at Alameda da Praça da República, “Bem Bom”, the biographical film by Patrícia Sequeira about Doce, the first Portuguese girl band, will be screened.

Cine-Caravana emerged from producers Pixeladepto and Goodstaff and is materialized in a caravan, which carries a five-meter inflatable screen, projector and sound system, which can be installed in any square, creating an open-air movie theater.

The Cine-Caravan is an initiative that allows local populations to enjoy outdoor cultural events safely and free of charge.

Feira da Tôr is back with activities for the whole family