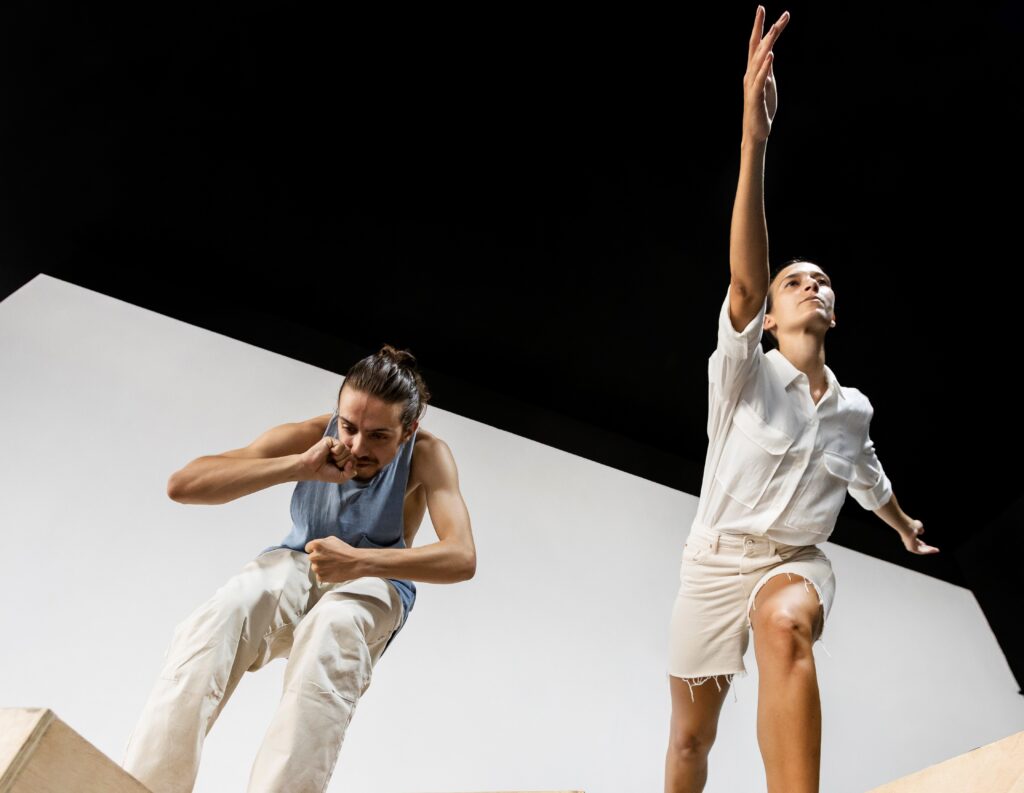 “Podium”, the first contemporary dance piece by CAMADA – Centro Choreográfico, has its premiere scheduled for this Thursday, September 16, at 21 pm, at Teatro das Figuras, in Faro.

A CAMADA – Choreographic Center invited the Portuguese dancer and choreographer Hugo Marmelada for its first creation, as he identified with his work and artistic path.

After eight years living abroad, Hugo is back in Portugal, an event given as an opportunity for CAMADA to materialize its first contemporary dance piece and work with Hugo Marmelada.

Thus was born “Podium”, a show with three performers, integrated in the Dance Dance Dance Festival of Teatro das Figuras, in Faro.

This is an initiative co-produced by Teatro das Figuras and with the support of the Municipality of Faro and the Cultural Action Support Program of the Regional Directorate of Culture of the Algarve.