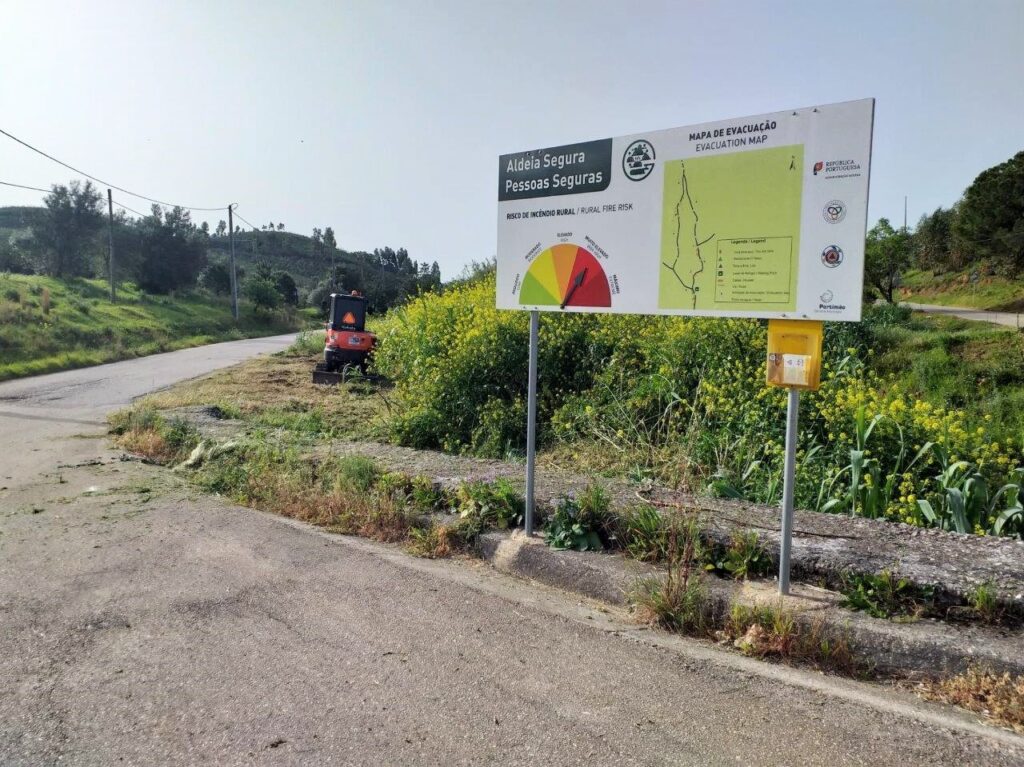 The Municipality of Portimão is already carrying out cleaning and prevention work in the rural area of ​​the municipality, preparing itself for the next critical period of rural fires, which will run from 1st July to 30th September.

Until May 31, says the municipality of Portimo, «the appropriate fuel management lanes associated with the road network located in rural areas are being carried out (10 meters on each side of the road), as well as the cleaning of land located in municipal public domain in places with a high risk of fire”.

In addition to these interventions, and with regard to the defense of the forest against fire, “the improvement of three dams for the supply of water by aerial means of combating rural fires will be carried out, as well as the cleaning of streams, the improvement of waterways. unpaved earth and the completion of works in the primary network which, despite not being the responsibility of the local authority, are essential for the resilience of the municipal territory in the face of larger fires».

An example of this was what happened in the summer of 2018, in the great fire in Monchique.

For the current year, a total investment of more than 250 thousand euros is planned, which comes from the municipal budget to support the strategy defined in the Municipal Plan for the Defense of Forest Against Fire 2020-2029 (PMDFCI). In total, 387 hectares of fuel management and 50 kilometers of improvement of paths and fire breaks will be carried out.

Fuel management consists of creating and maintaining the horizontal and vertical discontinuity of vegetation in strategically defined locations in the PMDFCI of Portimão.

The main objective is to reduce the risk of occurrence of a possible fire and respective intensity, isolate potential outbreaks, by hindering its spread, and make the intervention by the means of combat more effective and safe.

In addition, the mandatory period for landowners in rural areas to carry out the respective cleaning and the creation of protection strips is in progress, and the combat team strategically located in Senhora de Verde, in due to the hot and windy weather that currently affects the region.

Moreover, in times of pandemic, and unlike in previous years, when the deadline was March 15th, land and building owners have, this year, until May 15th to clean up and create buffer strips of 50 meters. After this date, the land and buildings will be inspected and, in case of irregularities or non-compliance, the owners may be fined.

In legal terms, the autarchy is obliged to replace the owner in the cleaning and creation of protection strips, and the offenders are also obliged to reimburse the chamber for the values ​​related to the works in question.

In addition, the “Aldeias Seguras” and “Pessoas Seguras” program, which Portimão was the first Municipality in the country to install 100% in the first quarter of 2018, was expanded to two more locations and currently covers nine villages: Porto de Lagos and Rasmalho, in the parish of Portimão; Montes de Cima, Senhora do Verde, Vale Juncal, Monte Canelas, Arão, Pereira and Várzea do Farelo, in the parish of Mexilhoeira Grande.

This program establishes evacuation plans complemented by adequate signage and information panels on the risk of fire that ravages the county's rural space, having proved to be very useful for the organization of population agglomerations in their capacity for self-protection and response to emergency situations .

Also within the scope of the anticipation measures, and with the forecast of the worsening of the fire risk currently, the seasonal detachment of Senhora do Verde was activated on March 20, in the parish of Mexilhoeira Grande, where a team of fighting forest fires by the Fire Department of Portimão, comprising a vehicle and five elements, in addition to the Team of Sapadores Florestais from the Municipality of Portimão.

This approximation of means of initial attack in the area of ​​greatest danger of rural fire reduces the arrival of the first means following an alert by about 10 minutes, as well as reinforces vigilance through actions of patrolling the strategic pre-positioning locations foreseen in the countryside. O

These means are complemented by tracking machines, contracted by the Municipality of Portimão, to respond in the first alarm with a high degree of readiness.

In this way, in addition to the critical period, whenever weather conditions justify it, this deployment is activated throughout the year.

Under the local program on safe burning, and following the strategy adopted in recent years, 703 occurrences have been monitored since the beginning of 2021, which ensured that no burning of agricultural leftovers had consequences such as personal or property damage, safeguarding the environment.

The carrying out of a burning of agricultural leftovers is, necessarily, preceded by communication to the Municipal Line “Proteção 24”, through the telephone number 808 282 112, and the absence of this information may imply the payment of fines.

Moreover, the meeting of the Municipal Commission for the Defense of Forest Against Fires is scheduled for this Thursday, April 1st, in which the Municipal Operational Plan – Rural Fires for 2021 will be considered, which includes a set of measures and mechanisms for support for the prevention and fighting of fires in the municipal territory, considered a fundamental instrument to support the operational decision and whose approval must take place during the month of April of each year.