This project encompasses «the idea that public investment in the Algarve is eccentric to a logic of national cohesion, and that it must be supported by a cost-benefit logic that, for example, public transport in Lisbon did not follow – we all paid and we pay” 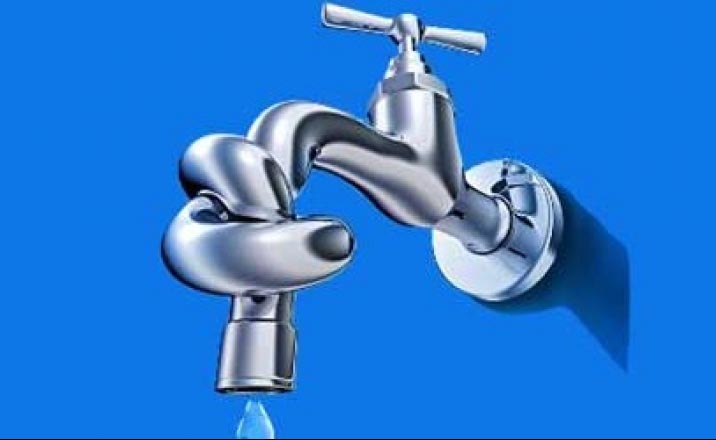 When the head has no sense, the body pays.

It's anatomical karma. And it's fair, because proportional. “Top down”, one would say in organizational language. It's music, said António Variações.

But, by the way, there are variations on the theme. Not in C minor, but in C major. For example, when the body that pays is not the head that has no sense. Which is what – once again – is about to happen to the Algarve.

This is because the Government announced an intention to increase generically (but not much, according to the Ministry of Environment and Climate Action) the price of water in the Algarve, to help pay for the maintenance of works that have not even been built yet.

Basically, he wants to put the region already thinking about building a nest egg for what will come one day, which, in this case, is a collection of water in the Guadiana to feed the reservoir of the Odeleite dam and a desalination plant, which are included in the Recovery and Resilience Plan, whose public consultation ended a few days ago.

But how did these works get there?

Through another Plan, the Regional Water Efficiency of the Algarve (PREHA). The solutions contained in this plan resulted more from the influence of pressure groups – one of them, Algfuturo, even claimed a victory, specifically through the so-called “Guadiana solution” – than from the expression of the region's will.

All the more, that PREHA largely contradicts the Intermunicipal Adaptation Plan to Climate Change in the Algarve (this much more participated), by privileging a model in which consumption dictates availability, and not the other way around.

But let this little big detail not take us hostage.

Also according to the announcement, these two great works are like a water insurance policy for the region. And if they aren't, they look like it. As with so many insurance policies, they are imposed on us, they present themselves with loads of coverage that we don't ask for, they cost a huge amount of money and can't get rid of that unsettling feeling that, when we really need them… they will fail us.

In this chapter, river capture, which starts from a vast set of positive thoughts that reality resists corroborating, takes the lead, not least because it makes us dependent not only on the climate and precipitation, but also on the water bounty of the irrigation system. supplies from the reservoir of the Alqueva dam and, further upstream, from our neighbors in Spain, as part of the “shared” management of the Guadiana international watershed – which, as is well known, has been running beautifully…

But, in any case, they are already beckoning us with the bill for what, in truth, we didn't get to ask for.

The tariff is also a management tool. A measure of valuing the resource in the eyes of consumers, when it doesn't happen for the mere awareness of its scarcity and preciousness. A kind of “it doesn't go well, it goes to the pocket”. Increasing the weight of water in the economy of individuals and companies can therefore be a safeguard measure.

But when, according to data from the Water and Waste Services Regulatory Authority, the Algarve average of real water losses in the supply of the urban sector – therefore before reaching paying consumers – is somewhere around 25% (but with some systems losing almost 50% of their water), and the scenario in the agricultural sector (data from the AGIR project) does not differ much, either in the rule or in the extremes, we are obviously facing a fallacy, out of step with any fundamental policy.

Even more so when we look at the regional average of unbilled water, which stands at 30% (hiding values ​​that come close to 60% in some systems) – even with the necessary sensitivity in this indicator, which integrates water with operational and social functions , such as operating costs of municipalities/managing entities or costs associated with municipal policies of social support and solidarity, it is worth thinking about.

But what should really make you think is the following: the trend is one of growing uncertainty in water availability, the result of sharp drops in rainfall and difficult-to-predict changes in its distribution over time, along with other climatic factors that are also uncertain – as is, moreover, typical of a region of Mediterranean influence.

Perpetuating a model of growing needs, instead of adapting the consumption model to availability, creates an imbalance. Environmental, first, and at various levels, first because there is water that must flow freely in the landscape and not in pipes or canals. Which then is reflected in our lives, whether we like it or not. To many people this escapes and matters little, because it is abstract, distant. Now that, via wallet, it also reaches thoughts more identified with cash registers and, worst of all, socially and economically more vulnerable strata of our population, perhaps it makes us think more and better.

The big problem with this increase in the price of water is therefore not so much the value that may result from it, but rather the principles it contains.

Starting with the idea that natural systems can be tampered with to the point of exhaustion, in an attempt to impose a certain model on a reality that manifestly cannot support it – just remember the failure of the promises enclosed in the Odelouca wall.

In association, the idea that public investment in the Algarve is eccentric to a logic of national cohesion, and that it must be supported by a cost-benefit logic that, for example, public transport in Lisbon did not follow – we all paid and paid .

Immediately afterwards, the total lack of solidarity with one of the regions most economically affected by the pandemic, presenting it with an additional burden for the future, which does not solve its problems in this matter.

And, finally, the clear statement that the Algarve will be perpetually sacrificed by bad options and decisions to manage a fundamental resource, while not adapting the model to reality.

Therefore, when the minds of others are not judgmental, when you strive to consume more than you need, the body pays...

Author Gonçalo Gomes is a landscape architect, president of the Algarve Regional Section of the Portuguese Association of Landscape Architects (APAP).
(and writes according to the old Spelling Agreement)