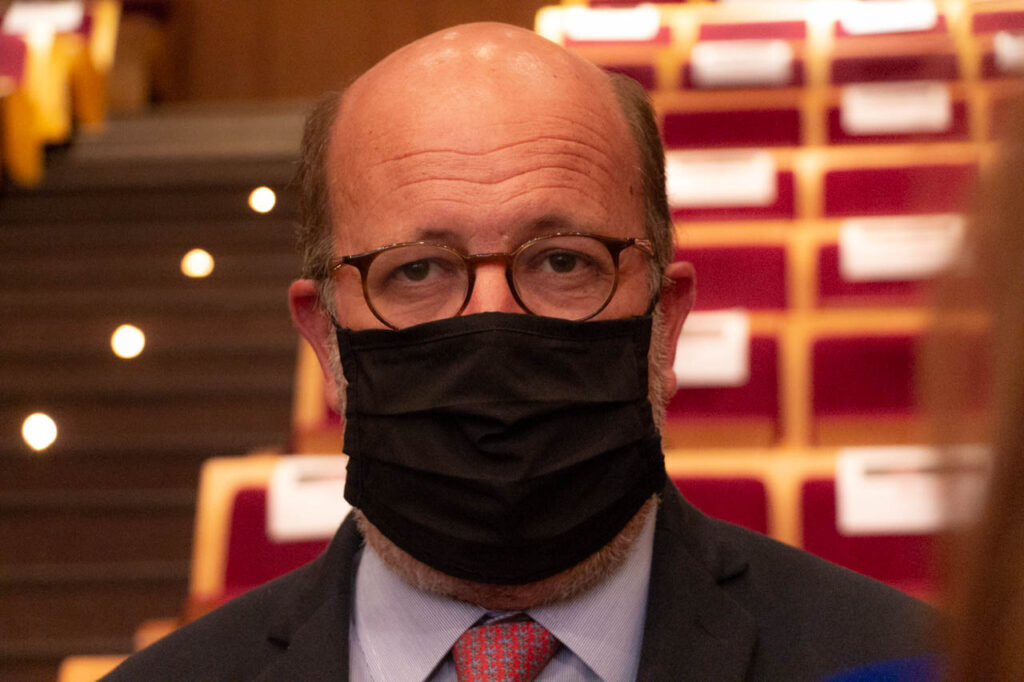 João Matos Fernandes, Minister of Environment and Climate Action, will be in the Algarve tomorrow to make an itinerary dedicated to water, which includes a visit to the Odeleite dam, but also the inauguration of pumping stations in Olhão and Faro and a new building at the Alcantarilha Water Treatment Plant.

During the visit, «the project to supply Water for Reuse (ApR) of the Waste Water Treatment Plant (WWTP) of Vila Real de Santo António will also be highlighted, for irrigation of the existing golf courses in the northern part of the municipality of Castro Marim”, as well as the solar sludge drying system, “with the capacity to process around 4.000 tons/year of sludge” there, according to Águas do Algarve, responsible for the infrastructure that will be visited.

The minister, accompanied by Inês dos Santos Costa, Secretary of State for the Environment, begins the tour at the Odeleite Dam, where he will attend the presentation of the project for the “Water lifting system for the Odeleite/Beliche tunnel”, which «aimed at improving water supply in the Algarve region, through the use and capture of the dead volume of water from the Odeleite reservoir».

It will be in the same place that the VRSA WWTP projects will be presented.

The delegation will then proceed to Olhão, for the inauguration of the Pumping Station of the Olhão Market and, soon after, to Faro, where another similar structure will be inaugurated, in Ferragial.

Both infrastructures are integrated in the Multi-municipal Sanitation System of the Algarve, «namely in the subsystems that flow to the new WWTP of Faro-Olhão».

«The program will end with the inauguration of the flotation building of the Water Treatment Station (ETA) of Alcantarilha, in Silves, whose entry into operation will make it possible to strengthen the water treatment for supply in the western Algarve, which is collected in the reservoir of the Odelouca dam”, added Águas do Algarve.