Farense breaks unbeaten series with defeat in Vila do Conde 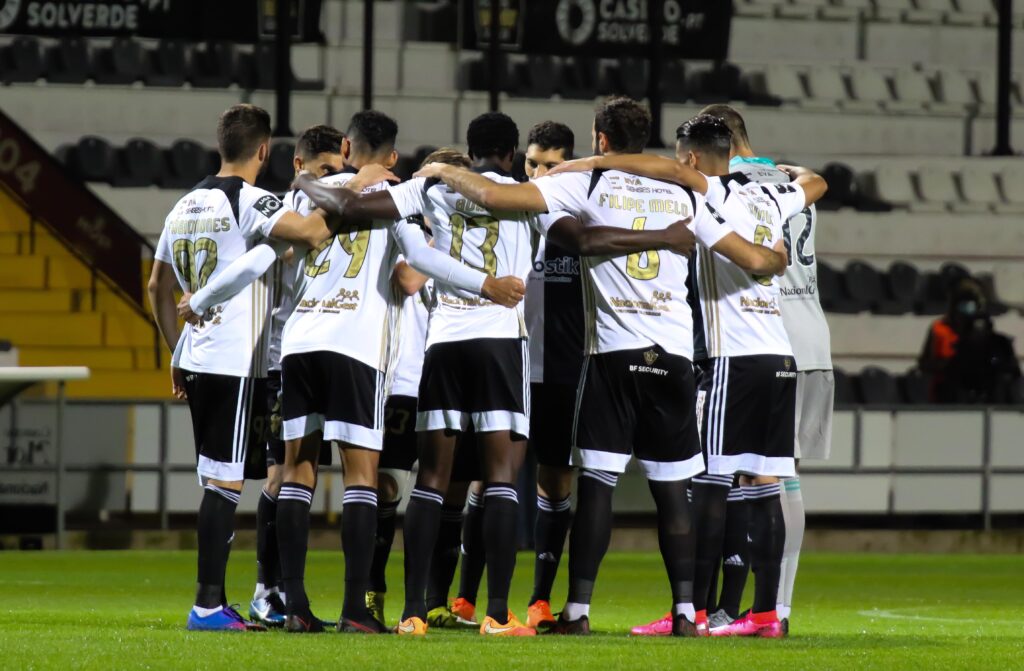 Farense lost 2-0 on the visit to Rio Ave, in a game of the 22nd round of the I League of Football, played this Sunday, March 7th, at Estádio dos Arcos, in Vila do Conde. The Algarve, who came from four straight games to score, saw the good series be interrupted.

The first dangerous move was in Rio Ave's goal. After the 2nd minute, Kieszek had a bad control of the ball and almost scored an own goal. After the balance of the opening minutes, the home team scored.

On 26′, the referee whistled to score the penalty after a foul by Hugo Marques on Carlos Mané. Called to convert, Pele did not fail.

In the 39th minute, Farense had a good chance to tie, but Eduardo Mancha's header went a little over the goal.

In the second part, Rio Ave managed to increase the advantage. Gelson Dala made a pass to Rafael Camacho and the winger, loaned by Sporting, shot to 2-0, when 70 minutes were played.

The scoreboard didn't move again and Farense, who played without some of the usual starters, left Vila do Conde with a defeat. The Algarvians now have the same 19 points and occupy the 15th position, above the waterline, but on an equal footing with the 16th and 17th (Gil Vicente and Famalicão, respectively).