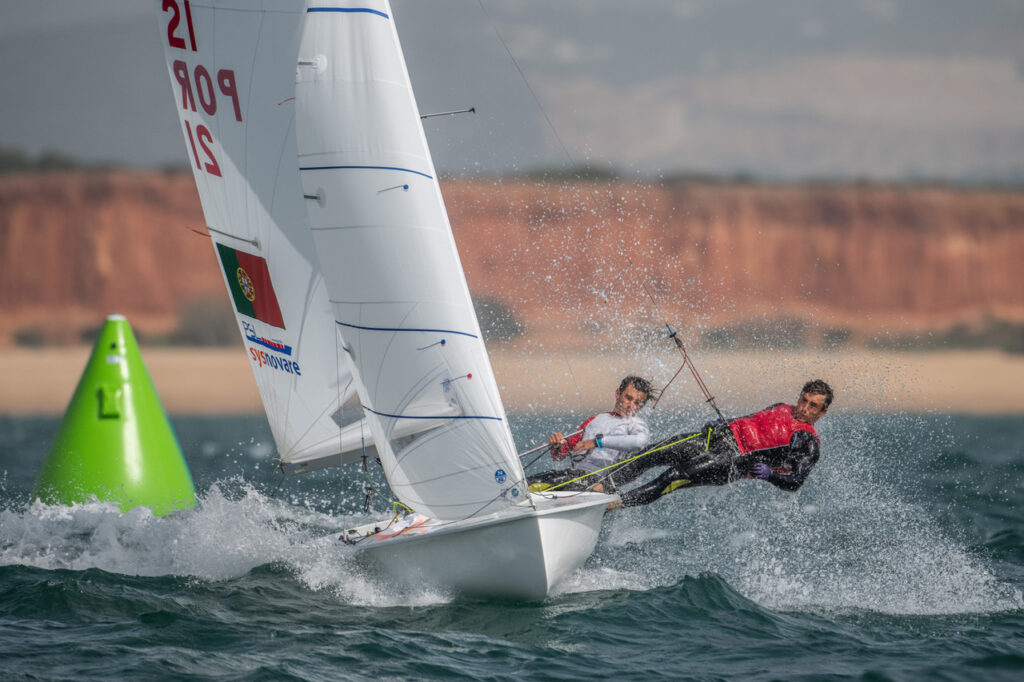 Portuguese sailors Pedro and Diogo Costa ensured this Friday, March 12, in Vilamoura, the qualification for the Olympic Games in Tokyo, occupying the only place still available for the 470 men's class.

A 10th place in the 1st race of the day at the World Class Championship taking place in Vilamoura was enough for the Portuguese duo to overcome the Swiss, the main opponents of the national duo in the fight for the Olympic place.

The Tokyo Games run from the 23rd of July to the 8th of August.

“It's the first time we've qualified for the Olympic Games: it's the culmination of the work that started in 2016, after we won the World Cup in 420. We ended this very happy moment,” said Pedro Costa.

For Diogo Costa, the day was «very complicated, but very relieving».

“I had drawn eight places between us and the Swiss and that's exactly what we were left with. It was spectacular. We didn't celebrate anything, we went to the second race in depth, as if we hadn't won anything», he pointed out.

As for a medal in this competition, the duo promises to keep the same attitude and give their best.

With the wind around 12 knots, allowing optimal conditions for the sport, the fifth and penultimate races of the competition were tough, as the 11 races that took place begin to define the final classifications and many countries decide in Vilamoura the doubles who will represent them in Tokyo.

After today's two races, there has been no change in the main table led by the Swedes Anton Dahlberg and Fredrik Bergström who are increasingly closer to becoming world champions.

However, tomorrow, the last day of competition promises a lot of excitement with the final decision depending on the result of the Medal Race.

In this last race only the top 10 of the classification participate, with the particularity of the score counting double.

The Portuguese duo maintains the second position, followed by the Spaniards Jordi Xammar and Nicolas Rodriguez, current world ranking leaders and world runners-up. Russians Pavel Sozykin and Denis Gribanov, in 4th place, are still in a position to dispute the medals tomorrow.

In the women's competition, the regattas of the day did not change the table, with the Spanish Silvia Mas Depares and Patricia Cantero Reina maintaining the lead for the fourth consecutive day, followed by the Dutch Afrodite Zegers and Lobke Berkhout. The 3rd place is occupied by the Italians Elena Berta and Bianca Caruso.

The day was decisive in the attribution of the Olympic place, with Turkey taking the best of Russia and Ukraine, as the three countries ended their participation in the World Cup today, not being included in the Medal Race.

In the mixed competition, the Israelis Gil Cohen and Noam Homri kept the 1st place obtained yesterday and the Italians Maria Vitoria Marchesini and Bruno Festo rose one place to the 2nd place. Brits Freya Black and Marcus Tressler now close the podium.

Mixed crews will be the future of the 470 class and the exclusive format to be adopted after the Tokyo Olympics.

Italian Mattia Camboni dropped one position, to 3rd place, after the three races of the day, out of a total of 10 already performed.

In the women's competition, the French Charline Picon, current European champion, returned to the leadership of the competition, followed by the Polish Zofia Noceti Klepacka and the Dutch Lilian De Geus in 3rd.

The regattas of the 470 class World Championship, which takes place in Vilamoura until Saturday, can be followed via live broadcast on the official website. Facebook e Vilamoura Sailing Youtube.