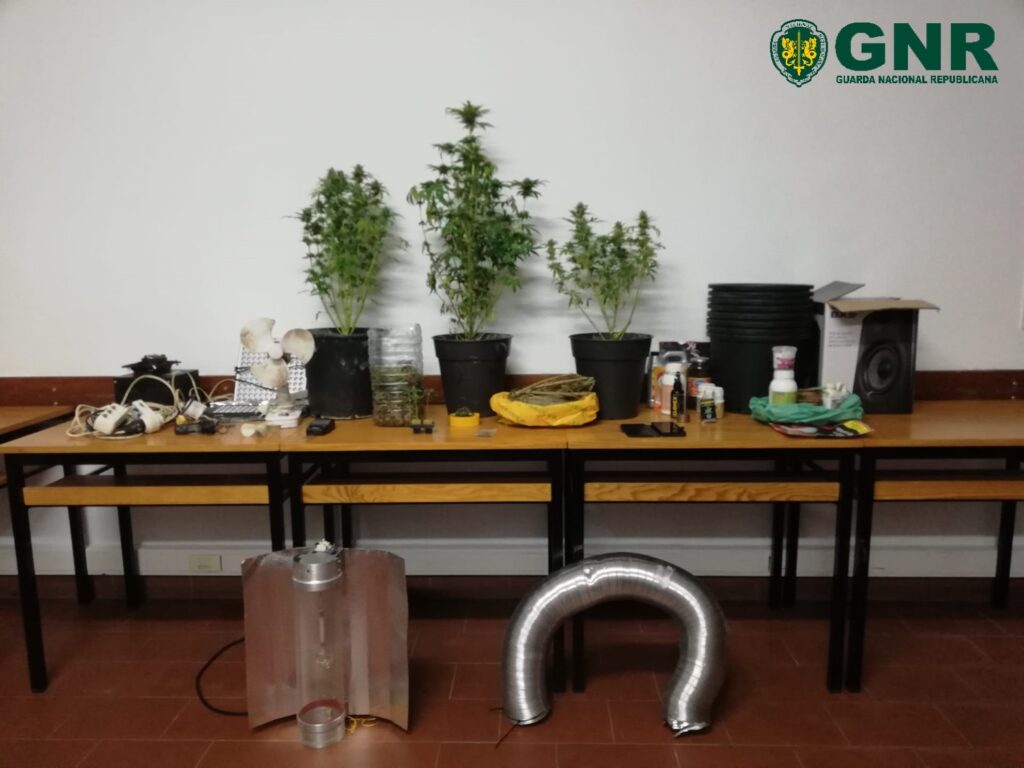 A 53-year-old man was arrested this Wednesday, March 24, for growing cannabis in Albufeira. The GNR, which was called to the scene following a report of aggression between neighbors, ended up finding drugs in the suspect's house.

After finding three cannabis plants, the military made searches and discovered a greenhouse equipped with an electrical system for the growth and flowering of the plants.

The GNR ended up seizing, in addition to the three cannabis plants, 174 doses of marijuana, six doses of hashish, a cannabis seed germination greenhouse, a mobile phone and fertilizers.

The detainee was constituted as an accused and will be present at the Court of Albufeira for the application of coercive measures.